Innovation in Sustainability Starts on the Wayside

The Azores is a group of nine islands claimed by Portugal in the middle of the Atlantic Ocean, offering a lush green landscape. To the west is New York; to the east, Lisbon. Its volcanic history, mild climate, and friendly people have made it an attractive tourist destination for those looking for something different.

In 2006, my company, Cintra, got the concession agreement to build connections across the main island, Sao Miguel. This project consists of three lines linking the airport, the university, and two major cities. In 2011, the highway opened, offering both locals and tourists an easier way to get around the volcanic landscape. The road cuts through valleys and winds through green slopes.

This green landscape inspired the latest innovation developed by myself, Manuel Cunha, together with my colleagues Silvia Raimundo and Pedro Conceição. When you think of a highway, the first thing that comes to mind is the roadway. But it’s the surrounding infrastructure elements that make everything work. The barriers, the signs, and, in this case, the shoulder are present all along the Euroscut Azores highway.

The shoulder as a sustainable roadway element

The shoulder requires upkeep, so grass is the natural choice for most roads. It’s not a very demanding plant that offers an attractive appearance and does its job quite well. As long as it gets cut, it doesn’t pose any problems. But cutting the grass takes time, manpower, and a roadside machine 6 to 10 times a year, depending on the location. After all, mowing is a continuous work all year round.

We realized that the sustainability of the grass on the Euroscut Azores highway could be better. Maintaining the grass on the shoulder is part of the contract in the Azores (20 cm max), and it is followed to the letter. But what if it could be replaced by something else? Something that not only reduces the amount of maintenance needed but also absorbs CO2 from the air and help reduce noise pollution, improving the road’s sustainability.

The first thing to do was to find a plant that met those requirements. The team began to research this topic and discovered a group of locally-sourced plants, including the Myrica faya. This so-called faya or firetree looks more like a small shrub than a tree.

Grass doesn’t absorb much CO2, but the group of shrubs and plants selected does, especially the faya. Replacing the grass not only reduces maintenance but also improves the road’s carbon footprint. Given its shrub-like structure, the plant blocks sound waves, reducing noise pollution. Compared to grass, its height also helps reduce noise. If that’s not enough, its flowers attract bees which make the Euroscut an active member of green projects contributing to the production of regional honey.

What is the faya? Using native species

This native plant works perfectly in temperate climates and fits in quite well. This sort of plant is a nod to the greenest areas of the island outside the city. It’s a little reminder of the landscape that awaits drivers when they get out of the city.

The most interesting part of all this innovation is not the plants or replacing grass with these shrubs. Because the Azores are located in the middle of the Atlantic, it rains a lot. This rainfall means that there are times when roadwork is impossible, and maintenance has to be delayed.

We saw those less active hours as the perfect opportunity to start doing something different: we started growing trees in house, as well as plants that will later be planted along other areas of the road. Until now, any tree that was planted had to be purchased from an outside source. By building, cultivating, and maintaining our own greenhouse, we use the times we spend socializing as productive moments where we keep planting, which in the end helps us reduce acquisition costs and maintenance costs for smaller mowing areas. 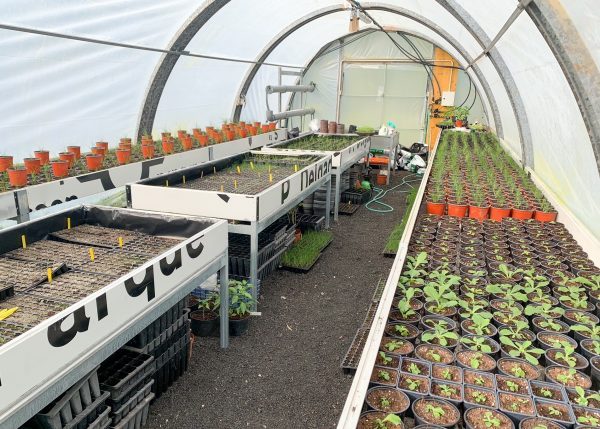 Moreover, the greenhouses are built out of damaged road barriers and signage that was out of commission. This is yet another sustainable innovation and a way to recycle material that would otherwise have to be retired. 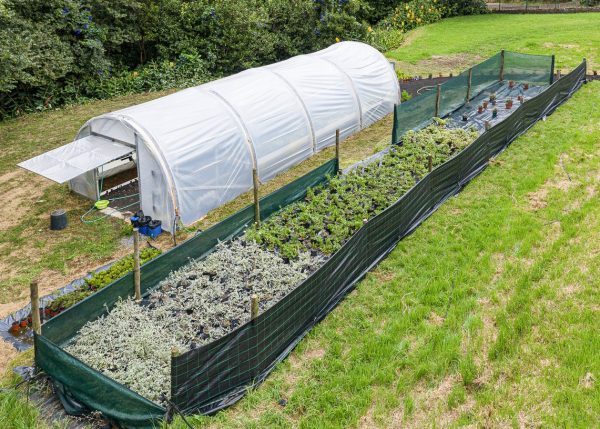 This initiative as a boost for sustainability

For the team in the Azores, the initiative with the faya trees is a step towards sustainability for which several optimizations are expected in terms of maintenance costs, as well as environmental and social responsibility benefits. This is only on one stretch of a highway, but the potential this sustainable solution holds for reducing the carbon footprint can be implemented in other areas of the highway and any other place in the world. It’s a solution that has proven its effectiveness on this rugged island in the middle of the Atlantic.