Sustainable Cities: How Roadways are Ushering in a Better Tomorro... 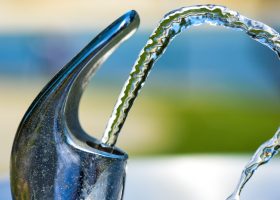 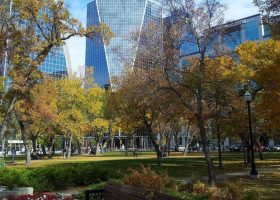 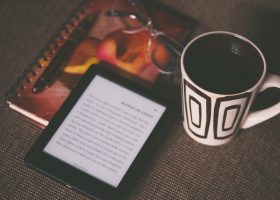 As the repercussions of climate change continue to dominate the natural world, the importance of global sustainability is more relevant than ever. The issue of sustainability affects both city dwellers and those who call rural areas home, but it is within cities that we can make the biggest strides towards a more sustainable world.

Yet building sustainable cities is no small task; especially in long-established cities, improving sustainability can be a complex endeavor. Myriad global cities currently face various issues in the realm of sustainability, including high concentrations of air, water, and noise pollution. To stem the problem, city leaders are searching far and wide for solutions that can reduce overall pollution and foster greater sustainability, as well as modernizing existing infrastructure.

It’s important to note that, while sustainability involves the conservation of resources as well as the protection of natural spaces, there’s much more to it. In fact, planetary considerations only make up one-third of the so-called pillars of sustainability. Along with environmental factors, sustainability also encompasses social and economic considerations, including a healthy work-life balance for all citizens.

The Ideation of Sustainable Roads and Smarter Cities

The world’s most sustainable cities span the globe from Zürich, Switzerland, to San Francisco, Singapore, Montevideo, and beyond. While these cities differ substantially regarding culture and climate, they have plenty in common as well, especially in the realms of renewable energy and streamlined transportation options. What’s more, green spaces, walkability, and smarter roads are high priorities.

Although environmental stewardship has gained plenty of traction in recent years, the idea behind sustainable cities is far from a modern concept. One of the first Westerners to embrace the concept of sustainability regarding infrastructure was none other than Leonardo da Vinci. A true Renaissance man, da Vinci is considered among the greatest painters who ever lived, but his visionary mind was also drawn to the sciences, especially engineering.

Indeed, da Vinci was effectively the first person in modern times to envision a smart city, designed to coexist with the natural world, rather than contradict it. Da Vinci’s texts tell us of a dynamic, efficient city where wide streets were designed to increase direct sunlight, on a perpendicular grid pattern that has been replicated time and again over the years.

Yet da Vinci’s smart city was designed primarily to accommodate pedestrians instead of vehicles. In modern times, traffic congestion and the emissions that come along with urban gridlock have no place in a smart city. Reliable and efficient public transportation is an integral aspect of any smart city, improving accessibility for the city’s most vulnerable residents.

Fortunately, cities that are looking to boost their public transportation have a better chance of creating long-term sustainable solutions thanks to modern technology. Recent developments in autonomous vehicles are especially promising in this regard, as the tech can be applied to mass transit as well as personal cars. For starters, self-driving cars may ultimately promote widespread ride-sharing, and sustainable trains and buses have the power to drastically reduce emissions levels in any given area.

Yet autonomous vehicle technology and similar advancements won’t make much difference if global roadways themselves are dilapidated and inefficient. City planners and leaders should therefore look to recently completed, innovative road projects for inspiration. For example, the roadway improvements made in Kirkland, Washington, in 2015, earned the highest-ever rating in the history of Greenroads, an organization that evaluates the sustainability of roads worldwide.

Kirkland’s Northeast 120th Street project included sustainable upgrades such as the addition of LED lights, warm-mix asphalt roads designed to last 40 years, and the planting of trees over drainage areas to facilitate rainwater runoff to nearby Totem Lake. And regarding cultivating greater sustainability in urban areas, trees and plants are ideal tools. Not only can plants improve drainage and help beautify urban spaces, but they can also be an effective sound barrier against noise pollution.

Of course, some species of plants are better suited for use as outdoor sound barriers, and the city’s climate must be considered as well. Evergreens and other coniferous plant species are the most versatile in this regard, as they can thrive in nearly every climate. Holly trees and shrubs, for example, are ideal sound barriers as they are dense and tend to grow quickly while also drastically reducing background noise. These noise-reducing plants can be planted along roadways themselves, or on private property, to help keep city sounds at bay.

Making a Difference for the Health of the Planet

As cities are, by default, noisy places, the concept of noise pollution may seem akin to a non-issue, especially when compared to air pollution, the negative effects of which are glaringly apparent. But make no mistake: Noise pollution has numerous adverse health effects, according to the Environmental Protection Agency (EPA).

Consistent exposure to noise pollution can cause such health problems as high blood pressure, sleep disruption, hearing loss, and even stress-related illnesses. By prioritizing the reduction of noise pollution when making plans to improve roads and city infrastructure, city planners may thus be able to foster greater public health, in addition to improving planetary health. In sustainable cities, reducing emissions and pollution can’t exist in a vacuum, and innovations in public transportation, roadways, and urban greenspaces are just the beginning.

The Future of Smart Cities

In a world where climate change is wreaking havoc, compromising the health of global citizens and the Earth alike, there are countless reasons to be more sustainable in our everyday lives. But the concept of sustainability is far from an individual endeavor — By building healthier, more sustainable cities, we can help usher in a better tomorrow. Leonardo da Vinci would be proud.