Quieter and Cleaner: Smart Cities Make Us Healthier, Too

Each individual’s health largely depends on our environment: where we live, work, and unwind. Today, more than half of the world’s population lives in cities. That percentage is expected to hit 60% by 2030.

We turn to cities in search of safety. They offer us jobs, goods, services, and a community to lean on. However, they’re also the source of 70% of global CO2 emissions, and they’re epicenters of inequality. Rapid urbanization is causing a spike in the number of people who are living without access to all the positives a city can offer, leaving them with its negative aspects.

One of the most powerful tools for handling this situation is technology. Smart cities can reduce pollution, identify social problems and health issues, and improve cities’ efficiency. This technology can make cities cleaner, more egalitarian, even healthier places to live.

In the cities of the future (and more and more current ones), data will play a leading role. Traffic lights, lampposts, parking lots, and even cars will have sensors that connect to the internet so their activity can be monitored. This way, we’ll be able to tell which areas of the city have the most traffic, what times of day see the most problems, or even where an accident has occurred, all in real-time. 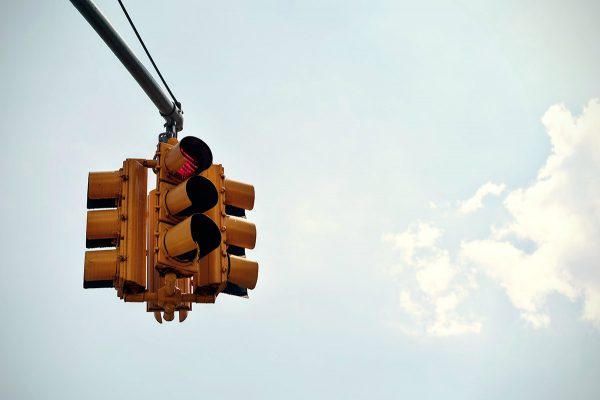 All of this information gathered by the Internet of Things is collected as large-scale data. These, in turn, are analyzed by Big Data tools. These tools let governments improve organization and management for cities in a well-planned, long-term way.

As for cities themselves, these improvements can translate into lower pollution levels and increased sustainability and efficiency. For citizens, this means less time behind the wheel (in traffic jams or looking for parking, for instance) and less exposure to pollution. In other words, this would improve their quality of life and health.

Data from the 2019 TomTom Traffic Index, which comes from 416 cities in 57 different countries, shows that the average time spent in traffic around the world was 87 minutes. The city with the most traffic was Bengaluru in India. Its residents spent 234 hours driving at peak times. That adds up to 10 days and three hours. In that amount of time, you could listen to John Lennon’s ‘Imagine’ 4,673 times or watch 215 episodes of ‘Game of Thrones.’

“In the developing world, one in three urban residents is still living in a slum with inadequate basic services. At the same time, every country belonging to the Organization for Economic Cooperation and Development (OECD) has seen the income gap between the richest and 10% of the poorest increase almost 30% over the last 25 years,” Deloitte points out.

Ending this sort of inequality is a priority for smart cities. With large-scale data, we can analyze the impact of access to healthy food, good infrastructure, public services, and other factors related to health. 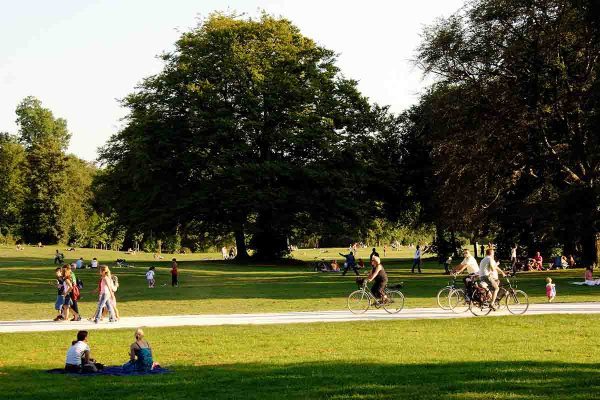 In hospitals, technologies for data collection and interpretation also play a key role. The Internet of Medical Things (IoMT) makes it possible to generate, collect, and analyze data that can also be shared with other hospitals or healthcare facilities around the world. This way, they can offer better diagnoses, follow up with them in the medium-term, and facilitate doctor-patient communication. The IoMT generally enables a better understanding of how diseases evolve, whether globally (for such challenges as the COVID-19 pandemic) or in specific regions.

About 60% of the buildings that will exist in 2050 worldwide have not been built yet. “This means building a city the size of Stockholm or Milan (1.5 million people) per week – or a city the size of Singapore or New York every month until 2050,” C40 reports.

The challenge of urbanization is the perfect opportunity to make improvements in cities. A growing trend is biophilia, which considers the connection between human beings and nature when it comes to rethinking cities and new buildings. Living and working in places with plenty of natural light, proper ventilation, and green features is not a new idea in terms of their beneficial health effects. 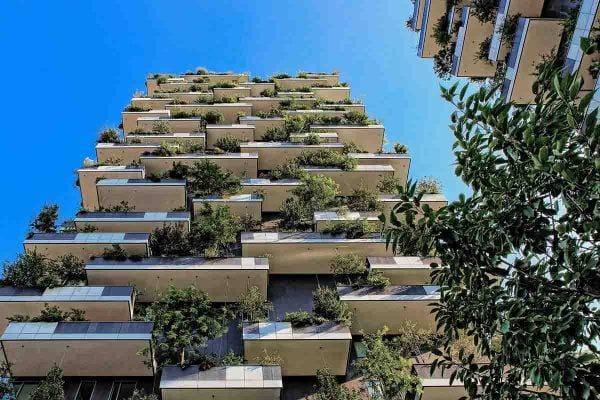 Bringing greenery into the city lowers environmental impact. Imitating nature provides ideas for facing challenges related to population. In fact, another interesting trend is urban metabolism: turning cities into living beings or balanced ecosystems where waste is turned into resources.

The possibilities are endless. In social health crises like what the world is currently dealing with, offering connectivity to buildings as well as both public and private spaces helps control capacities and lower the risk of infection.

The benefits smart cities offer in terms of a population’s health may be numerous. There are also challenges, though, such as when it comes to ensuring data privacy. This includes collecting data from the wealthiest and the most disadvantaged alike. Otherwise, existing inequalities would only become more entrenched.