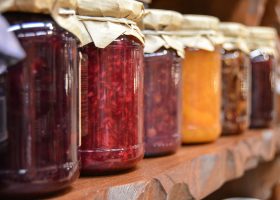 The environment, accessibility, building refurbishment and energy efficiency are not problems that can be addressed on an individual basis, exclusively by concerned citizens. It is essent...

Both Ferrovial’s business and society at large now inhabit an increasingly connected world which generates huge volumes of data, at a greater speed and with a range of origins and types. To be able to process, contrast, visualise and understand the data’s patterns and hidden relations gives us a competitive edge from two points of view: that of operational efficiency and that of creating new services.

How to begin to explain everything at this current moment when data is boiling over?

Let’s kick off with an example; Car2Go – I don’t know if you’ve seen any of its 350 Smart cars, emblazoned in white and blue, in the streets. Now, this is an example of the disruption of a traditional model, that of car hire as we all know it, transforming it by the use of data into a different model. This is a car hire service that works by the minute, by which you locate your vehicle via a mobile phone app, open the door using your phone, get in and drive off. Parking in either Madrid’s blue or green zones is included, so you don’t need to get a permit. Driving round Madrid was never easier, and you don’t need your own car, you share one.

How is data used in this example? In a number of ways, the business is based on data:

The car is fitted with loads of sensors for the vehicle itself (which helps them to maintain and keep informed regarding the status of the fleet), but they also collate information about how you drive, and if you are efficient you get a bonus, and when it comes to their insurance company they are very clear about how they rate their drivers. They have citizen mobility statistics, patterns of usage, incidents in the city, traffic… and to give you one more thing to think about, Car2Go belongs to the Mercedes holding company, who are the fleet manufacturers, so when it comes to new models or car improvements they have masses of data they can use in their manufacturing. A complete cycle thanks to data and a new approach to a traditional business.

Getting back to the matter at hand, let’s take a moment to clarify three concepts: big data, IoT and Artificial Intelligence.

One step beyond Machine Learning is Deep Learning, a sequencing of models and algorithms arranged in layers where one’s exit is the next one’s entrance. But this is too complex and nerdy for a post introducing the concept of data usage. So let’s just agree that Artificial Intelligence is increasingly present in many of the things with which we interact, from when we are doing a Google search and we make a typo and yet Google still finds what we are looking for, to when Facebook suggests we tag a friend having recognised him/her in one of our photos… or all those people who talk to their mobile phones ( Siri or other similar assistants), which use voice recognition algorithms… or the little electro-domestic gadgets which are getting more intelligent every day and can make certain decisions on their own.

These three concepts have come together at the perfect time for their development. We come from other periods that have served as a foundation and now, with social networks covering everything, the Cloud, more accessible sensors everywhere, and new technologies and companies seeking every possible channel by which to build relations with clients and gain more data, this can only evolve and revolutionise the way in which we interact with each other and with the world.

We all know what it means to use data/phrases out of context; they become worthless. To understand a context you need people, experts in the subject being analysed, but also people with other points of view who can contribute a different and complementary vision. Data analysis is not just a matter for IT, in fact with technology alone it would not be possible to understand this context which is core to the data’s value. Multi-disciplinary teams are needed to work together, asking questions of themselves and making use of technological advances as an aid in the search for answers.

More data doesn’t just mean more, more data means different; more data gives us new approaches, and that is why new disciplines are emerging to understand the world, which without doubt will revolutionise our lives and the way we relate to each other.

Using new technologies, the data we have today, understanding the context and putting Intelligence (both ours and the artificial one) to work, leads to the emergence of things like artificial vision which, along with Deep Learning, are becoming, for instance, capable of recognising the patterns of cancerous cells, fundamental to cancer research, or new forms of transportation whereby autonomous vehicles are already a reality, or marketing which sees in neuroscience a channel which will open up new opportunities to maximise sales through understanding the stimuli which we receive, or the examples of so many new enterprises and traditional companies which are providing new approaches through the use of data, so many examples of putting everyday data to extraordinary use, so many things on the horizon that I can’t find the space to fit them all into this post.

We have reached boiling point, where the development of advanced analytical capabilities such as the ability to predict what is going to happen, may help people and businesses to organise themselves, getting ahead of events, to make decisions based on data, in short, to be more efficient. And as was the case for traditional businesses, good use of data, teamwork and technical advances can lead us to new approaches.

An exciting moment with a thousand challenges to be taken on, right? It is a curious time in which to work together.