Why do some subway stations seem more like a journey to the centre of the Earth?

The escalators and stairs in Madrid’s Cuatro Caminos underground station seem endless. So much so, that many users prefer to take a longer route to avoid this stretch. Barcelona’s El Coll-La Teixonera station, 74 metres under the ground, is the deepest station on the network, closely followed by Roquetes, Trinitat Nova, Ciutat Meridiana and Penitents.

In London, for example, we know that Angel tube station has the longest escalator, measuring 60 metres in length and dropping down 27.5 metres, although the deepest station is Hampstead, on the North line, at 58.5 metres under the ground

But if you think these stations are rather like descending to hell, they are nothing compared to the Arsenalna underground station in Kiev (Ukraine). Its escalator will take you down to the centre of the earth in order to get on one of its trains, which run more than 100 metres below ground. It is the deepest underground station in the world.

This was not done on a whim

The fact that Arsenalna is the deepest underground station in the world is not for trivial reasons, nor for the sake of featuring in the Guinness Book of Records.

When building Kiev’s metro system, the Dnieper river was in the way. Bridges were built over the river at some points (something that is done in many other cities, such as for example in the London underground, where only 45% of trains go through tunnels), but at others, such as in Arsenalna, the decision was taken to lay the track more than a hundred metres underground. And that’s why the ride on the escalators can take up to five minutes (with several different stretches before you get to the platform). 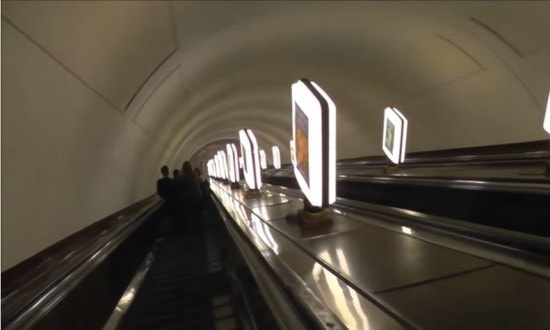 Click here to see footage of the world´s deepest metro station in Kiev.

But this is not something that happens only on the Kiev metro: all constructions of this type face similar issues. Take, for example, the New York subway, which has published its building techniques in detail. An article prepared by the Interborough Rapid Transit Company to celebrate the opening of the subway in 1904 tells the story of its construction and the equipment that was required back then to carry out this engineering feat.

Thus, for example, from this document we know that the decision on the initial subway route was taken largely on the basis of funds available and approved by the voters. Works were carried out mainly by open excavation, a system also known as “cut and cover”.

The typical subway route was built close to the surface with a flat roof, and the addition of ceiling and side beams. However, not all of the construction was carried out in the same way, as each subcontractor in charge of the different sections of the subway – all of which were being built at the same time – had a different opinion. 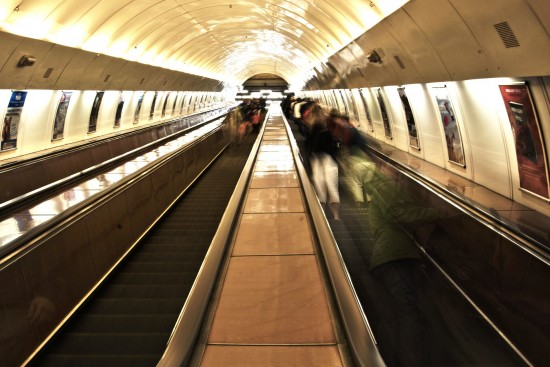 Building an underground train system is no easy task

When building subway stations , there are numerous different obstacles that engineers and contractors come up against. These range from natural barriers (such as underground water, rocks, sloping terrain, composition of the soil, and faults) to man-made obstacles (sewers, water and gas pipes, steam pipes, electrical wiring, pneumatic tubes). Or you can come up against archaeological remains, which may lead to a (partial or complete) halt in construction works, as recently happened in Rome.

Moreover, as was the case in New York, construction works are frequently carried out close to the foundations of tall buildings, so that engineers have to ensure stability of both the buildings and the new subway routes, taking into account also that the circulating trains will cause further vibrations.

First of all, the station

When planning the construction of subway lines, work usually begins by setting a location for the station, and then from there determining the availability of land close to major points of origin or destination. Passenger traffic density at each point must also be determined. 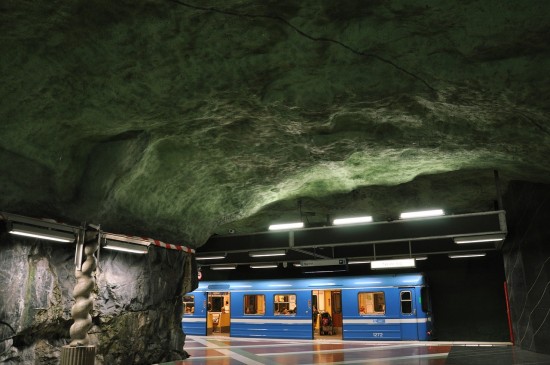 A study must be made of neighbouring buildings, how many there are, the number of trees affected, possible diversion of traffic, soil strata, utilities or access for neighbourhood residents. All of these are amongst the many issues that must be taken into account when determining the location of a subway station.

Another aspect to take into account when locating a station is that the distance to other stations should be approximately 1 km; that stations should not be on a slope, but always on horizontal alignment; and that alignment should be straight if at all possible. If not possible, i.e. if a station has to be on a curve, the radius of the curve must not be sharper than 1,000 m.

A typical subway station is on two levels, with platforms on the lower level and walkways on the upper level, together with all passenger services, engine rooms, electrical installations, equipment rooms, station operating areas, control centre and main station office.

Other areas such as security, shops and toilets are also usually provided. The tracks and other essential infrastructure, such as drains, filters, pump rooms and other ancillary spaces, are located on the lowest level of the platforms, and separate from these. 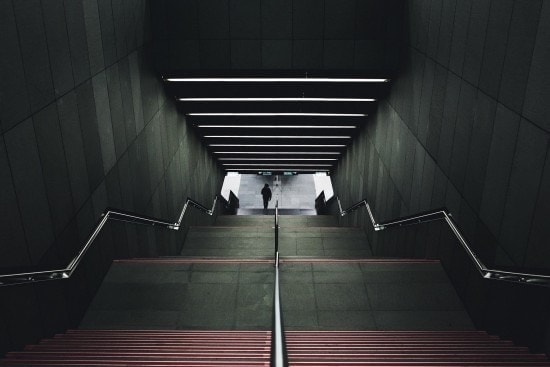 How to estimate the depth of a subway station

If you have ever wondered how deep each subway station is, you can do some calculations.

In Russia, for example, the law states that lights in tunnels must be placed at five metre intervals. So count them, then do your calculations.