Your next neighbourhood could be on a spectacular 21st floor, and the planet would benefit

Can you imagine waking up in the morning to see the sun rise well before it lights up the earth, hundreds of metres below you? From your neighbourhood in the sky you would be able to see over the mountains, and, if temperatures had, fallen you would see the top layers of low level clouds light up before having your breakfast.

It may sound like something out of science fiction, but height may be our only construction alternative in the not too distant future time. Not only because of its advantages from an environmental perspective, but also because of the disadvantages of other construction options that building upwards avoids.

The disadvantages of modern cities

Despite the fact that cities have improved over the years to the point where we are now labelling them smart cities or green cities, population growth –and the increasing concentration of such population– poses challenges for which our usual solutions are no longer valid. An example of this are stand-alone family homes, the model achieving the lowest marks in all the categories in which it is evaluated.

Energy loss in the American dream

Even with the best possible insulation techniques, living in a home which has no other houses around it has an energy cost (with its associated thermal pollution) which is unsustainable for the planet.

Increase in the comfort zone using the same amount of energy as a result of a decrease in external walls because of a block of neighbouring homes. Source: Marcos Martínez.

In addition to the financial problems they cause (who doesn’t keep a constant eye on the metre these days), stand-alone family homes liberate a greater amount of heat to the atmosphere, accelerating global warming.

Everything is much further away

Mobility is one of the critical issues within a city. The more spread out the population, the greater the distances and the higher the transport costs (both public and private).

If a city such as Madrid (with 5,225 inhabitants per km2) were to be spread out into individual family homes, we would have to get rid of all the other towns within the Autonomous Community of Madrid, and part of the neighbouring Communities, to make space. There would simply not be enough room for all of us.

Despite being aesthetically pleasing and arguably more comfortable, it would be impossible to have public transport systems in cities of this type because of insufficient population density to sustain them. To say nothing of the environmental problems caused through displacing fauna and flora from such a vast area.

Vertical cities are emerging as a solution to problems of overpopulation, since they are able to maintain high levels of comfort with affordable energy costs, both for our own pockets and for the planet. This does not mean that we should immediately start building skyscrapers, as there are a few buts involved. 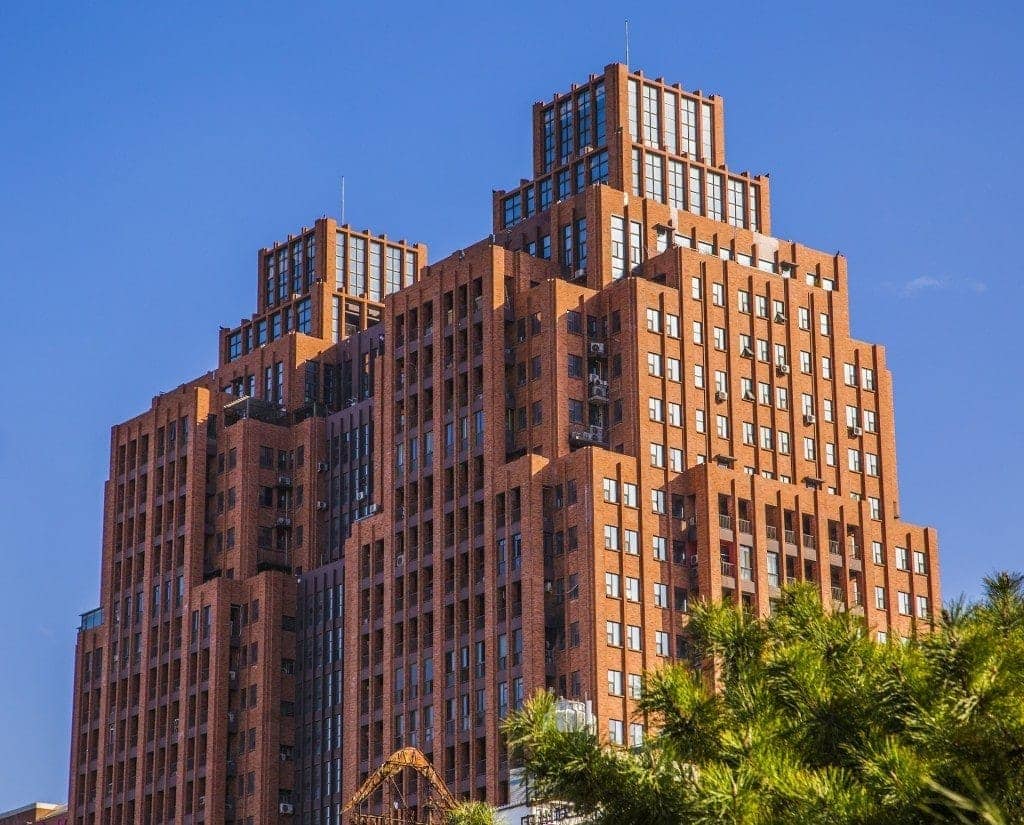 As anyone who has done the maths knows, each floor added to a building has a higher cost than the one below. In other words, with current construction techniques and planning systems, the costs of climbing up to the sky are not linear.

Let’s imagine that a person living on the 200th floor needs to travel down to the supermarket on the 5th floor every day, and then go back up again. The decrease in environmental impact and cost advantages achieved by occupying a small area would be cancelled out by the need to have kilometres of lift systems travelling constantly up and down. 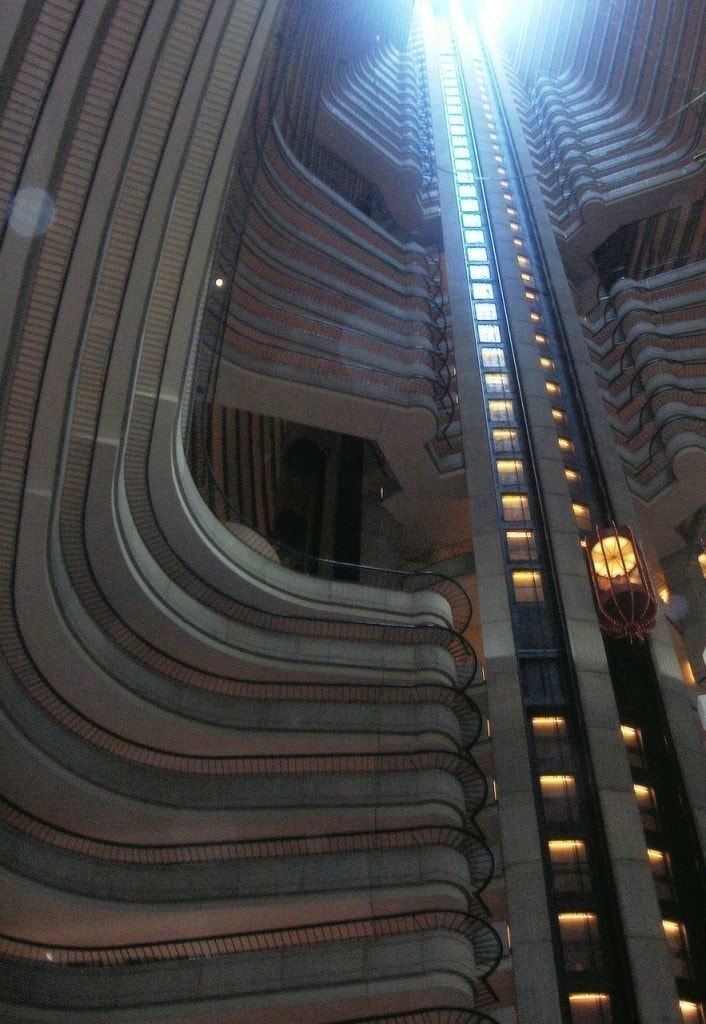 Will these vertical cabins be the cars of the future to move from one neighbourhood to the other? Source: Public Domain Pictures.

So a really tall building (and 50 floors is already considerably tall) would need to have different internal sections, or levels, to act as neighbourhoods. Which would have to be equipped with all the necessary facilities: homes, leisure areas, areas for crops, parks, shops…

The difference with today is that instead of living, say, in the district of Chamberí in Madrid, we would be living in the level of Chamberí.

Feasible solutions from an energy perspective

Neighbourhoods of this type, arranged in horizontal layers rather than one alongside the other, would provide considerable energy savings. In the same way that a flat shares the cost of heating with the flats surrounding it, these neighbourhoods would mutually reinforce comfort zones at a low cost.

Moreover, advances in energy recovery in lifts makes vertical travel feasible (electric elevators) compared to the traditional horizontal travel mode (cars on wheels). Our car tyres lose practically all their energy through friction on the asphalt, whereas electric elevators recover almost all the potential energy they require to raise a load.

Shapes that make the most of light

But none of this is quite so easy; if it were, we would be rushing to put these ideas into practice. Very tall, thin buildings do not optimise energy use, and curved constructions (the Agbar Tower (Torre Agbar) in Barcelona or 30 St Mary Axe in London) or pyramid shapes would be required. 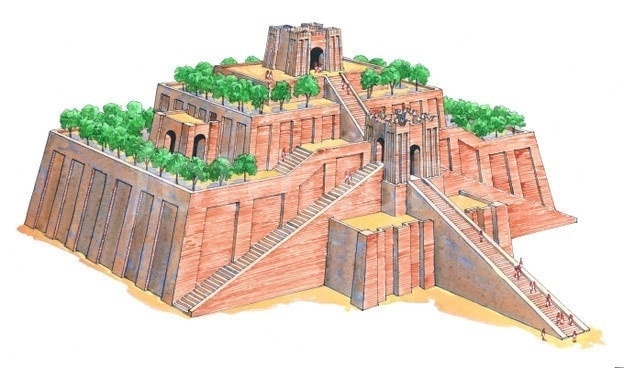 Ziggurat in the city of Ur. Source: Thinglink.

The idea is in fact not new. In order to optimise energy use, the Ziggurat of Ur (c. 2000 B.C.) already used the solution of building in steps, which allowed the majority of the population to occupy a small area.

If building vertically is to be affordable, vertical cities must occupy a significant area (such as a neighbourhood), but this means that a large part of the population would have to live inside this structure. And this means hidden away from the light. Something which is a no-go area in modern society. 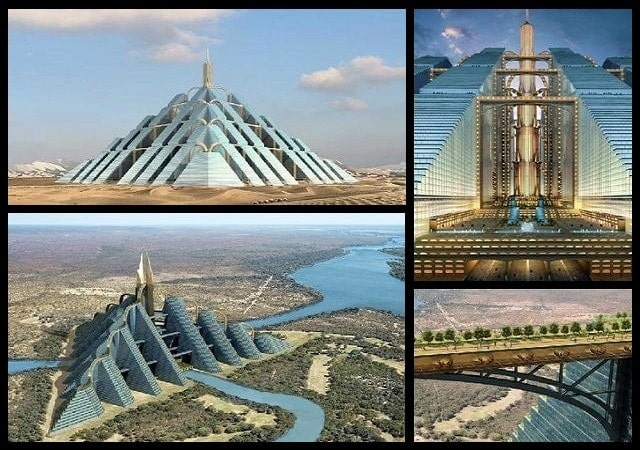 Although there is no single solution to the problem of how to distribute the population in tall, comfortable, affordable and environmentally friendly structures, one potential option is the Ziggurat Pyramid in Dubai. This project, which was proposed in 2008 with construction projected to start in 2021, aims to be a jewel in environmental sustainability, and takes into account all the mentioned issues.

It is practically impossible to predict the way cities will evolve due to the myriad options available to us. But precisely for that reason, we would have to try out many of these options to determine the best solution for each particular climate and culture.