Why does the city need perfect electric vehicles which do not yet exist?

Electric vehicles are the cars of the future. The few who oppose this change do so more because of a certain nostalgia for traditional combustion engines, rather than because they may have doubts about electric engines per se. Modern electric vehicles, however, are not perfect.

The fact that combustion engines pollute more than electric engines does not mean that the latter don’t pollute at all. Nil or low emissions tend to be confused with zero pollution, and this puts the health of residents of our future cities at risk, so something must be done about it.

All vehicles need energy in their production

Electric vehicles, just like any other vehicles – or, in fact, like any other material assets –, need energy in their production. Extraction and processing of raw materials, assembly, transport…

Despite the fact that this is something we don’t normally consider, it is easy to understand and visualize once somebody mentions it. Vehicles don’t just appear out of nowhere to be placed on display and sold. They must be taken there from the factories in which they are produced.

Often, cars sold in a particular country are not assembled there, and must be transported thousands of kilometres by road or sea. The impact of millions of tons of cars moving around even before they are actually started for the first time is one aspect that cannot be ignored when calculating how much a car pollutes. And in much the same way, the assembly process uses energy and resources, again with a significant environmental impact. 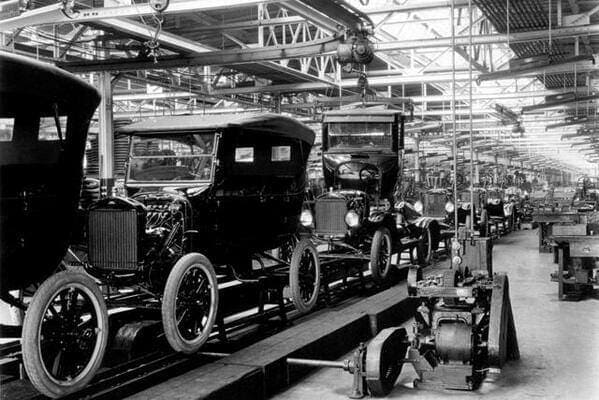 We tend to conjure up two different images of assembly. On the one hand, Ford’s assembly line back at the start of the 20th century, and, on the other, modern robotic arms carrying out different tasks, such as welding, folding steel or tightening screws. However, industrial assembly using robots also has an environmental impact. Although streamlining of resources and a decrease in errors – thus reducing material costs – are two major advantages, the energy consumed by these assembly robots and the waste generated when they become obsolete are other aspects to consider for calculations, as they affect how polluting a car is – with the raw materials used still to be considered. 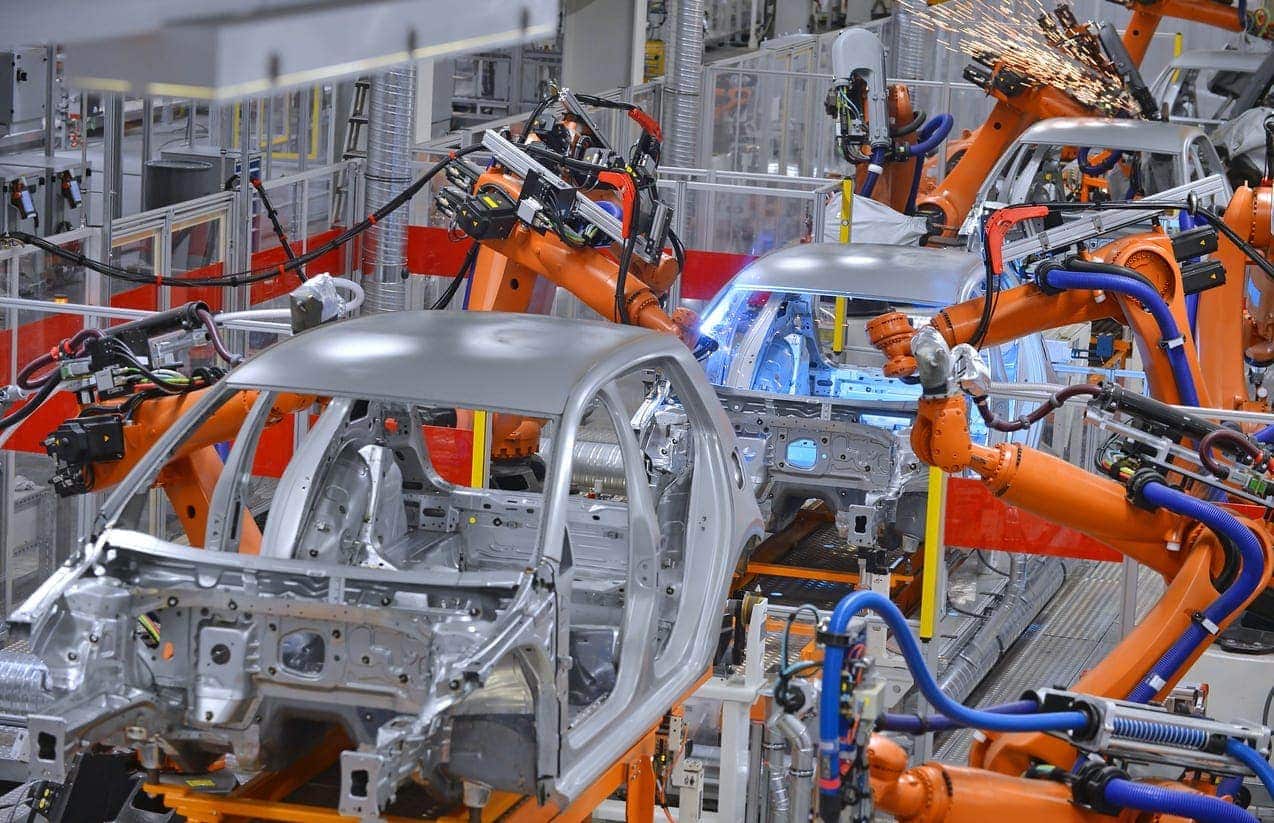 Extraction and processing of raw materials is what uses up the most energy. Although much progress has been made in the recycling and reuse of raw materials, considerable amounts of energy are always required. And this implies yet further environmental impact on the planet.

How can we reduce the environmental impact of manufacturing?

This issue is, of course, applicable to all products, from cars to aeroplanes, headphones or furniture. It is not limited just to the automobile industry, and every physical asset has its own environmental footprint, however small. All the more reason why we should bear in mind crucial aspects which will make the cities of the future more sustainable, such as usability, life-span or local manufacturing.

Usability of our vehicle stock is very low. It is, in fact, estimated at around 3%, which means that for 95% of the time cars are simply parked, doing nothing (other than losing value, deteriorating and taking up space). As for energy costs, that of a private car is equivalent to the purchase of a home (including maintenance costs) where only a wardrobe is used. It should not surprise us, therefore, that many modern cities are quickly starting to introduce the use of cars which are rented out by the minute. This increases usability to values of between 70% and 80%, depending on the city. 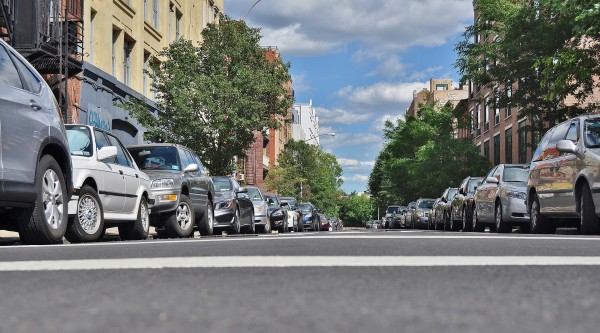 Although we tend to think of cars as moving, most of the time they are in fact simply parked and still. Source: Skandinavien.

The frequency with which cars must be replaced requires a more complex calculation. Although the useful life of a car is usually estimated at ten years, many are still fit for purpose after that time. Should we simply dump them and build other, more efficient ones? The new car will have a lower environmental impact for every kilometre covered, but we will be wasting a large amount of energy for producing something which has not yet been fully depreciated. It is rather difficult to calculate the exact moment at which we should stop using a car, although usually other factors come into play first, such as safety, with new cars having extra safety features like as airbags. Perhaps the way to go for the benefit of all is retrofitting a car, rather than producing a new one.

Local manufacture is also complicated in the car industry. Not all countries have the right metals or materials required for producing a car. And the parts have become so complex and specialised that usually two or three countries contribute to the manufacture of one component. However, it is always a good idea for final assembly to be local, in order to avoid unnecessary added transportation.

All cars need energy to move

If electric cars are positioning themselves as the future for smart cities it is not so much because their impact is zero, as we have seen. There is always an environmental cost to consider, although, as also mentioned, ways of reducing it are being sought. What is zero in an electric car is its environmental impact while in use: in other words, it doesn’t spout out toxic fumes whilst driving. 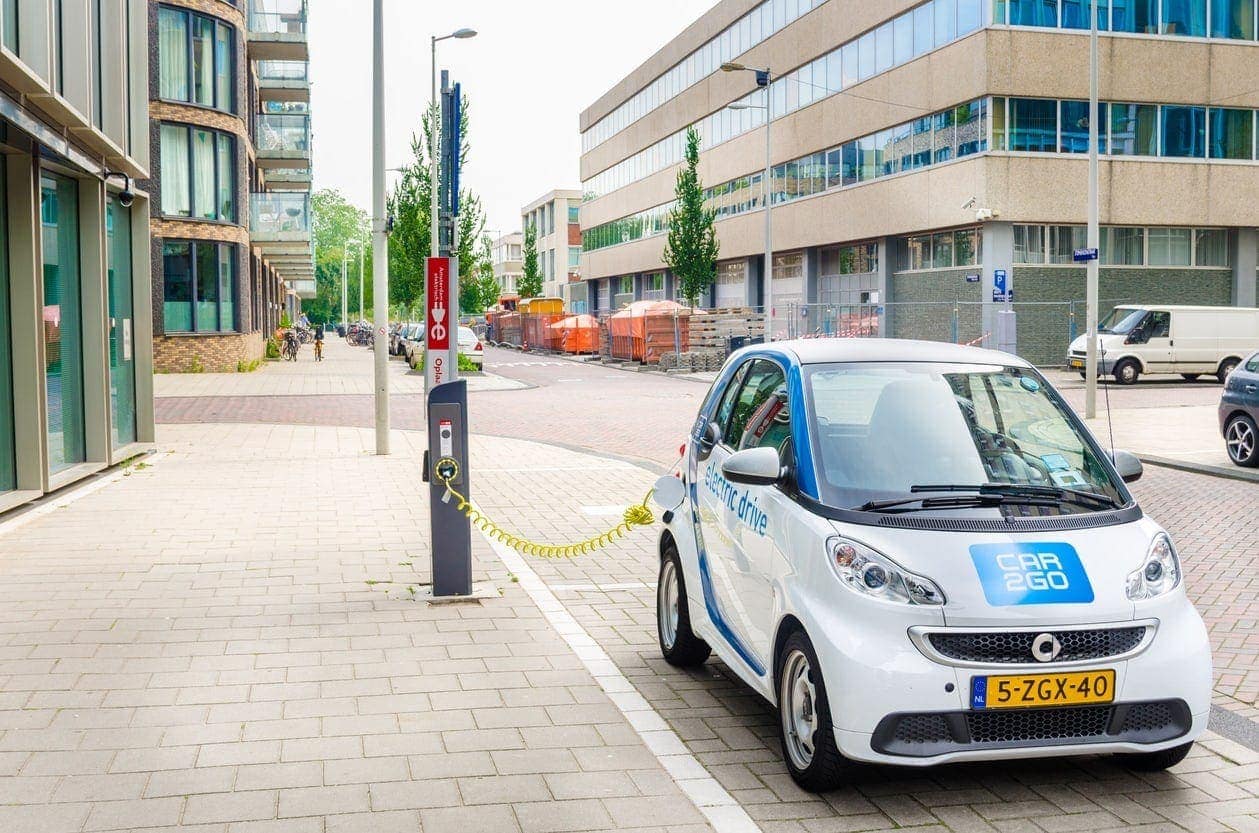 And this is why we want electric cars around us, both for our own sake and for our loved ones. Being able to enjoy clean air around us in our cities will help us stay healthy. Who would not want that?

But electric vehicles still have a pending problem to solve. Granted, they do look after our health in cities, but where does the energy they use come from? Electric vehicles are equipped with a battery which is charged at charging points receiving energy from very diverse sources. So, what happens if I charge an electric car with energy from, say, a coal power plant? Does that not pollute?

It does, indeed. The fact is that power plants emit particles to the atmosphere, including CO2 and CO. These cause a greenhouse effect which increases global warming, which in turn speeds up climate change. However, the efficiency of power plants for generating electricity is greater than the efficiency of combustion engines. In other words, for the same amount of pollution, an electric engine powered by electricity from a power plant will cover more kilometres than a combustion engine using diesel.

The basic difference is where the pollution takes place, and how polluting particles are managed. For example, the filters in a power plant are safer and more efficient than the solutions included in a car’s exhaust pipe.

Obviously, however, in an ideal world, all sources of energy used should be renewable, and the preference should be investing in local generation of energy. In this way, all pollution would be avoided (both atmospheric and nuclear pollution), and losses from transporting energy would also be avoided.

One of the best possible options for better health, wellbeing and increase in quality of life for residents of smart cities would be to have a collective fleet of electrical vehicles with charging points in the streets and a system of distributed power generation (such as solar panels) using car batteries for storing such electricity.

The first stages of initiatives of this kind are already visible in many cities, and it will not be long before we can move in pollution-free urban settings.