We have never before had so much data available, let alone the capacity to process and understand it. Thanks to Big Data, we are able to comprehend our environment, and by analysing data we can plan and organise the services we provide to achieve greater efficiency.

People and human activity generate data. Every time you take the bus, you generate data. When you eat in a restaurant, you generate more data… and the same is true for any other activity you carry out. Cities are the locations with the highest population densities, and therefore with the highest interaction rates. According to the UN, 4.034 billion people were living in urban areas in 2016. With such an enormous number of human beings carrying out activities on a daily basis, it follows that cities are the largest possible data bank available.

What can Big Data and data analysis be used for in cities?

Today, technology allows us to monitor and scan almost any aspect of life. While respecting the privacy and anonymity of individuals, it is possible to monitor the daily actions of normal citizens. For some years now, cities have been aware of the power of data, and of the fact that understanding and applying data can improve quality of life for all of us.

New York, one of the largest cities in the world, was the first to create its own Major Office of Data Analytics in 2009. Chicago followed the city renowned for its Statue of Liberty, recognising the power of data when applied to something as basic as security. The city used data to redeploy police patrols and do more with the same number of police officers.

Currently, this city in the state of Illinois has sensors practically everywhere, collecting data on air quality, traffic, climate and even pedestrian movements. Data from the Array of Things project will help city officials study and address the critical challenges of urban life. 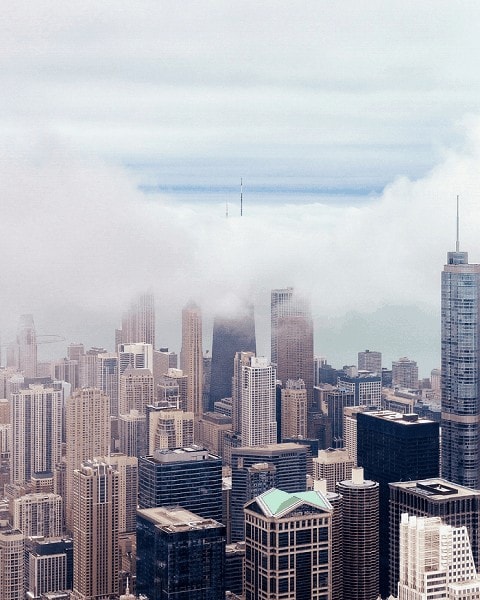 But how to apply Data Analytics to urban services, such as waste collection? One of the best examples is the city of Granada. This historic city, working together with Ferrovial Services, has been the first in Spain to install sensors on waste containers in 6 neighbourhoods, covering 70% of the city. The sensors detect how full the containers are in real time, and also collect other urban data such as weather conditions. Not only has it been the first city to provide such monitoring on a large scale, it has also pioneered direct implementation of improvements in the municipal waste collection service thanks to the data collected.

Data travels through a communications network provided by Cisco, and thus priority can be assigned to collection of the fullest bins, or the alarm raised in case of fire or vandalism. Moreover, application of algorithms to the historical data compiled enables projections to be made and more efficient collection routes to be planned.

In other words, every morning the lorry driver will have real-time data specifying what collection routes are most efficient. The data is updated automatically, so that any route can be changed depending on fill levels, allowing collection services to be maintained or even improved using fewer municipal resources, which can then be applied to other services. 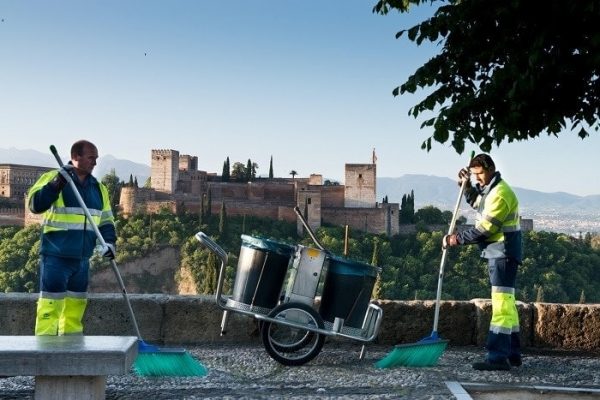 In addition to a savings in direct costs, this project has implications for reducing pollution and noise levels. Lorries will at all times cover the most efficient route possible, thus driving for shorter times, with the subsequent reduction in emissions and lower noise levels for the residents of Granada.

Another of the most sensorised and monitored cities in Spain is Santander. The Town Council, together with Ferrovial Services and the University of Cantabria, has funded the Santander City Lab project to develop an analytical model using more than 190 million records of urban information collected through 15,000 sensors installed throughout the city. This data has allowed data trends to be identified and efficient practices to be put in place for the management of urban services.

Data to fight against pollution in cities

Together with services, another of the big problems cities must address is that of air quality. Something which is evident in cities like Madrid, where a shroud of smog enveloping the city is a common sight. As we saw in this blog, data collection and monitoring allows Spain’s capital city to track the concentrations of particulate matter in the air in real time, and to make such data readily available. In fact, the Air Quality Protocol is triggered based on such data, and can lead to the imposition of traffic restrictions in the city centre.

Another of the big environmental problems we face today is that of water scarcity. Cities, given their population, infrastructures and extension, are great consumers of water. As Arantxa Herranz previously stated here, Big Data can help optimise and monitor water consumption, something that is already happening in India or California.

As we have seen, the application of Data Analytics can be used in our urban services to achieve improvements in service quality, in effect optimising such services. Understanding data can allow us to provide solutions for the greatest challenge all: that of improving the quality of life for city dwellers.