372 roads lead to Rome, and Caesar is taking them very seriously

Brindisi is a small, half-forgotten town located near the southernmost point of Italy’s Adriatic coast, on the heel of a boot that has seen better days.  The capital of Italy’s Apulia region, however, was once a very important Mediterranean port that served as the European port of entry for much Eastern merchandise. It was also the final destination of the queen of all roads in the Roman Empire, The Via Appia, or Appian Way.

While today the journey from Rome to Brindisi takes a little over five-and-a-half hours by car, two thousand years ago it would have taken quite a bit longer, especially if one had to walk, the upshot being that you could reach your destination by taking a paved, uninterrupted road that set out from the Forum itself, in the heart of the capital of the Republic, and later of the Empire. The Via Appia was symbolic of Roman power and served as a model for the construction of a network of roadways that would serve to keep the various territories connected and unified.

Stretching from what is today the United Kingdom as far as Syria, the greatest road network in history at the time reached some 400,000 kilometres in length during the time of maximum splendour of the Roman Empire. More than 80,000 kilometres of these roads were paved. In total, 372 roads led to the heart of Rome, and senators and emperors alike took the issue so seriously that many of these roads still survive to this day. 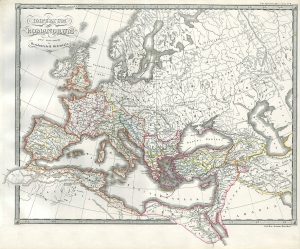 Roads, or how to keep the empire undivided

So why did Ancient Rome need roads? At the time, most journeys were made either on foot or on horseback, and few could afford carriages. So why pave the roads and alter the terrain instead of just using the same pathways as always? In the opinion of Evan Andrews, a journalist for the History Channel, the roads were a vital element that consolidated both the power of Rome and the union of the Empire, for the following reasons: 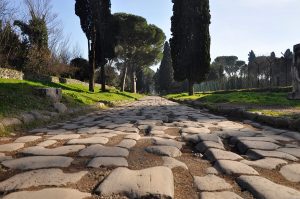 A world without roads?

“Doc! We don’t have enough road to reach 140!”, “Roads? Where we’re going we don’t need roads!” And so we take the leap from ancient Rome to the year 2015, as imagined in the second film in the Back to the Future trilogy. Doc was wrong, however, as we reached the date in question three years ago and we still need roads. Our reasons may not be exactly the same as Caesar’s, but neither are they so different.

Spain today boasts some 165,483 kilometres of high-capacity paved roadway, according to data from the Ministry of Public Works. Local road networks add almost another half a million kilometres to this figure (the last official data is from 1998). In total, eight times more paved road in Hispania than in Ancient Rome. So, why do we still need so many roads? 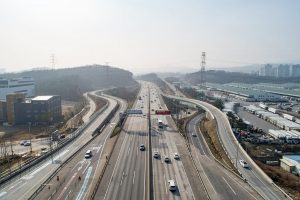 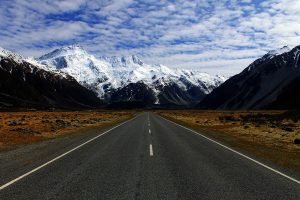 As stated by the World Economic Forum, “Roads are the arteries through which the economy pulses. By linking producers to markets, workers to jobs, students to school, and the sick to hospitals, roads are vital to any development agenda”… and for any empire wishing to exercise control over its territories, whatever the century.