Be they Electric Cars or Self-Driving Trucks—Needs Change, but the Road Stays the Same

It is impossible to get to the city of Iquitos by road. Its almost half a million inhabitants are only connected to the outside world by air and by river. Located in the middle of the Peruvian Amazon, it is considered the largest city in the world with no land access. It has been able to find its own highway in the Amazon, and that’s the major connection between Peru and the Atlantic Ocean, a commercial port hundreds of miles inland. But it is an exceptional case.

Iquitos is one of those exceptions that proves the rule. The rest of the world, from top to bottom, is interconnected by asphalt roads. Things such as mobility, transportation of commodities, the economy, etc. revolve around a combustion engine and a steering wheel. Or at least, that was the case in the 20th century. The start of the new millennium is promising a revolution in mobility. How will those changes fit in with the road?

Mobility of the future

The future is electric. How many times have we heard that? In 2017 in Spain, only 0.32% of new registrations were for completely electric cars (hybrids accounted for another 0.29%). In Norway, a leading country in electric mobility, the percentage was 20.8%, according to data from the European Alternative Fuels Observatory. The difference is clear. Even so, few voices dare to cast doubt on the idea that fossil fuels will be left behind by land vehicles of the future. The change is already underway. The reduction in CO2 emissions and pollution in cities demands that this be so.

The future is connected, as well. By 2020, some 380 million connected cars will be on the roads all over the world. These are estimations from Business Insider Intelligence. Some cars will have Wi-Fi and a browser. Others will practically be self-driving. The dream of unmanned cars and trucks is already becoming a reality. Since last year, there have been tests on self-driving cars. Large tech companies and the automotive industry are betting heavily on this version of the future. 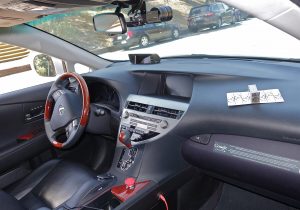 The most optimistic estimates say that by 2030 there will be around 30 million self-driving cars on the road. Others don’t quite see it that way. “Just like motor vehicles transformed how people and commodities circulated during the 20th century, the advent of unmanned vehicles will bring about radical changes during the 21st century,” suggests Bartley, director of the Institute for Transport Studies at the University of Leeds.

For him, there are still a lot of issues to resolve, starting with the interaction between people and new technologies and ending with how to adapt infrastructure to this new reality. The future of mobility also intersects solutions for shared vehicles, like carsharing and Mobility as a Service (MaaS). And the wheel of innovation doesn’t stop there. What is expected of roads in all this?

The electrification of vehicles, the need to reduce transportation emissions, connectivity, self-driving cars, and other technological advances around mobility require a network of roads that are up to the task. If needs change, the process adapts to them. These are some of the innovations that we will be able to see on roads in the next few years.

Recycled asphalt that repairs itself

The history of asphalt goes hand in hand with roads. It all started with tar, which is no longer used today, and bitumen. But in recent years, there has been more and more commitment to introducing recycled materials in road construction. From tires – in many European countries, more than half of all used tires are turned into pavement – to leftovers from other roads and construction sites, the trend of using recycled asphalt is on the rise. The financial and environmental advantages are obvious.

Moreover, ever more research is focused on developing pavement that can repair itself, with the goal of increasing the efficiency of highway maintenance. For example, Cambridge University and the University of Bath have been designing materials that contain nano-elements with repair capabilities, as if they were microscopic first-aid kits, for several years. 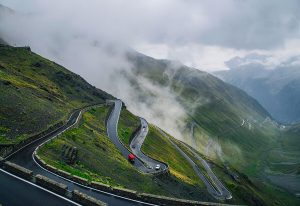 A lot has been said about solar roads. Transparent asphalt, a new generation of panels…There are a lot of ideas whose role on the roads of the future is still not clear, but they could be a solution for the challenges of electric mobility. They are not the only one. Taking advantage of the movement of high-speed vehicles with roadside wind turbines or asphalt capable of generating energy with movement are also being investigated.

Innovation also brings out the issue of road safety. Photoluminescent signage (which stores daylight and uses it at night) are already a reality on some roads. Today, they are improving visibility for human drivers. Tomorrow, they could be essential for sensors on self-driving cars.

Roads that talk to cars

Lastly, the connected mobility of the future needs cars that can communicate among themselves, with their surroundings, the network, and roads. To this end, roadway infrastructure for ground transportation will have to adapt to integrate the high volume of data traffic that will be generated when cars, buses, and trucks are traveling without drivers. The arrival of 5G technology and the Internet of Things fits into this complex ecosystem, another of the big promises of communications in the future.

On the Portuguese highway Norte Litoral, Cintra and the Automotive Technology Centre of Galicia (Centro Tecnológico de Automoción de Galicia, CTAG) are working on different use cases to adapt infrastructure to the arrival of self-driving cars. The first tests of this vehicle-to-infrastructure (V2I) communication are already underway.

In addition, improvements to connectivity will let signals and traffic lights be connected, communicating with cars as well as the network and the system, in addition increasing efficiency in traffic management. The list of innovations doesn’t end there. We have gone so far into the mobility of the future that it is impossible to cover all of the innovations in just one article.

Is the road here to stay?

The first recorded paved roads date back more than 6,000 years. They are stone streets in ancient Ur, what is today Iraq, and a sort of log road in Glastonbury, England. Since then, there have been records of paved roads in every era. The importance of carving out comfortable, safe, stable roads has been clear throughout history. 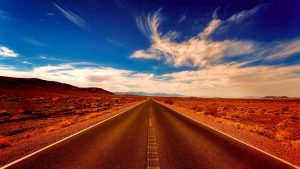 In the 19th century, the first asphalt roads appeared in Paris. Asphalt is a material that became popular in the 20th century with the boom of the personal automobile. Since then, cars have come to shape our cities and our communications. But how much have roads changed from Mesopotamia to nowadays? How much will they change in the future? A lot, undoubtedly, and at the same time, the essence of the road remains the same.