How Is It Possible for Aerothermy to Have Performance Greater Tha... 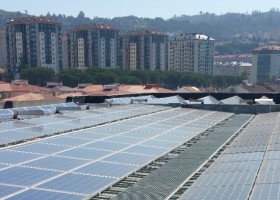 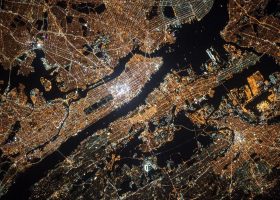 To many, the following statement comes as a surprise: energy efficiency means technological innovation...

Aerothermy is in vogue, and little by little it’s taking on a central role as a green alternative for air conditioning and obtaining Sanitary Hot Water (SHW) Even though it is a substitute for traditional hot water heaters, the system is considered to be a source of renewable energy because its performance exceeds 100%.

The way aerothermy basically works is by taking advantage of thermal energy from the air, a renewable energy source present all over the planet with zero CO2 emissions. It is gaining popularity today thanks to other technological developments that have allowed it to do so, even though its initial cost is still high. Of course, it has no competition in terms of savings and its low environmental impact. Let’s take a closer look at this system.

What is aerothermy and what is it for?

When it comes to heating or cooling our livings spaces, offices, leisure centers, etc., we have a variety of natural resources that help us out, as well as machines that keep us a comfortable temperature. There are a variety of options available, from burning fuel (natural gas) or material (pellets) to using clean energy like a heat pump driven by green energy.

An extreme energy efficiency solution with low environmental impact is aerothermy. This type of machine heats as well as cools, so it replaces or complements hot water heaters (natural gas, LPG, diesel) as well as air conditioning units (evaporators as well as splits).

This means that the system can be installed on an industrial level as well as in malls, offices, homes, etc. Of course, given that the technology at hand was recently developed, and since it runs by underfloor heating, it isn’t a very affordable option right now.

As for the pros, this system is truly simple and low-maintenance. In addition, it distributes heat and cooling uniformly throughout buildings. Its energy consumption, which is electric, is much lower than other systems. Not putting out CO2 is undoubtedly an important value.

In order to work, aerothermy needs several things: access to outside air, like an air conditioner, and electrical energy. If we want to harness its full potential, it can use specialized low-temperature radiators or underfloor heating. Both of these increase the initial cost.

How does an aerothermy system work? 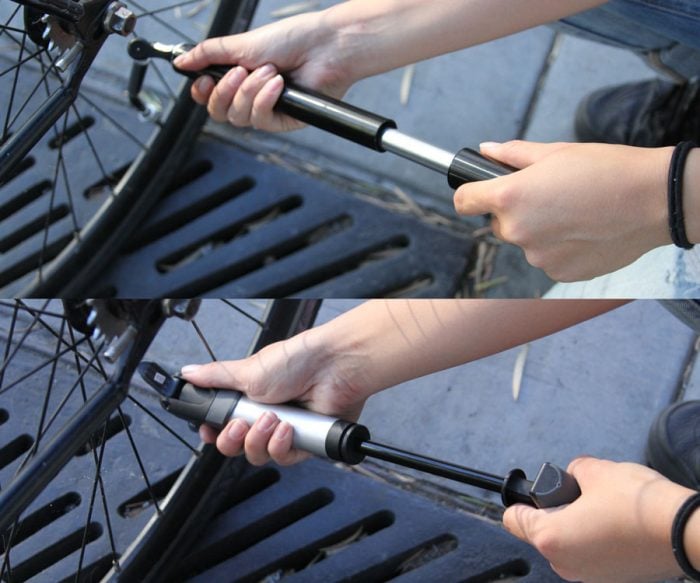 Let’s take a step back for a second to the world of leisure, and let’s go for a spin on our bike. On one of our trips, we noticed that one of the tires is a little flat. We get off, get the pump, and inflate it, noticing that the tube has heated up… along with our muscles. Physics holds the explanation.

The bicycle pump works by increasing the air pressure in the tube. When that happens (who remembers that formula from school about ideal gases, P·V=n·R·T?) the air heats up. Aerothermy uses a similar system to elevate the temperature in a closed circuit and then use it to move heat from one place to another.

Many of us already use aerothermy for air conditioning at home. We have an exterior unit (the cassette) and an interior one (the split), which are generally mounted on the wall. Both are connected by a closed circuit with cooling gas.

It’s this circuit that transports heat from the inside to the outside of the dwelling, as if it were a conveyor belt. Inside the living space, we feel cold air because the split is taking our hot air, cooling it, and putting it back into the room. The refrigerant cools the interior air, which is pumped out following this basic scheme: 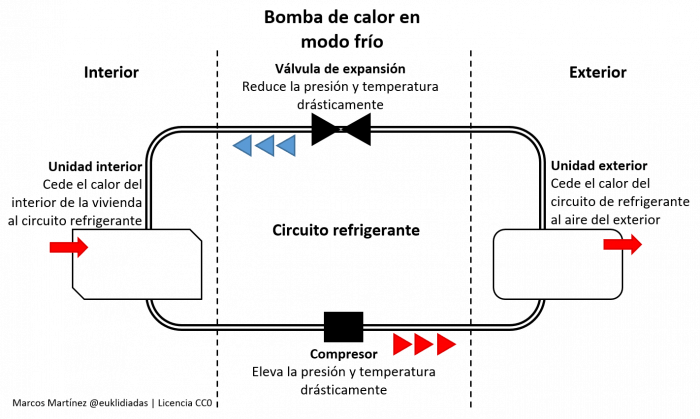 A compressor increases the temperature even more with this warm gas, so it is easy for energy to be lost when we let outside air come into contact with its tubes in the cassette. The refrigerant gas, now cooled, continues on its way back into our house, but first we expand it so that its temperature decreases even more.

A heat pump via aerothermy?

Aerothermy can heat living spaces without changing this machinery, but in order to do this, we need a condenser with a four-cylinder valve that reverses the process. So the “heat conveyor belt” is now moving in the opposite direction. And yes, the circuit is still called “cooling:” 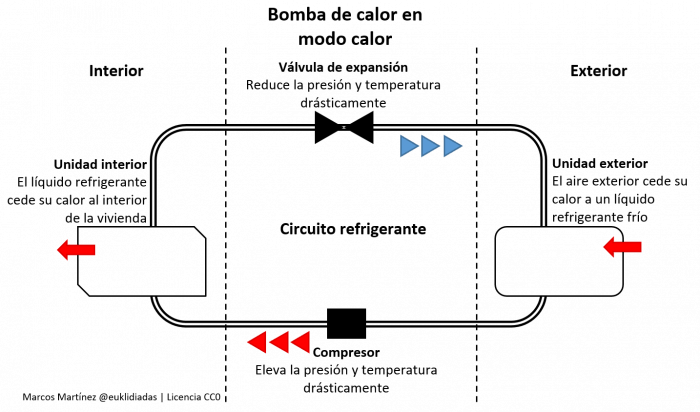 In fact, the technical nomenclature is rather complex because these machines, whether they provide hot or cold air, are called “heat pumps.” Whether they cool or heat, the interior circuit has “refrigerant” inside.

Aerothermy for SHW and water heating

Until now, we’ve seen conventional aerothermy. Aerothermy for SHW and water heating takes things one step further. Instead of heating or cooling air, it heats or cools water. This allows us to use aerothermy with a circuit of radiators or so that we have hot water to take a shower: 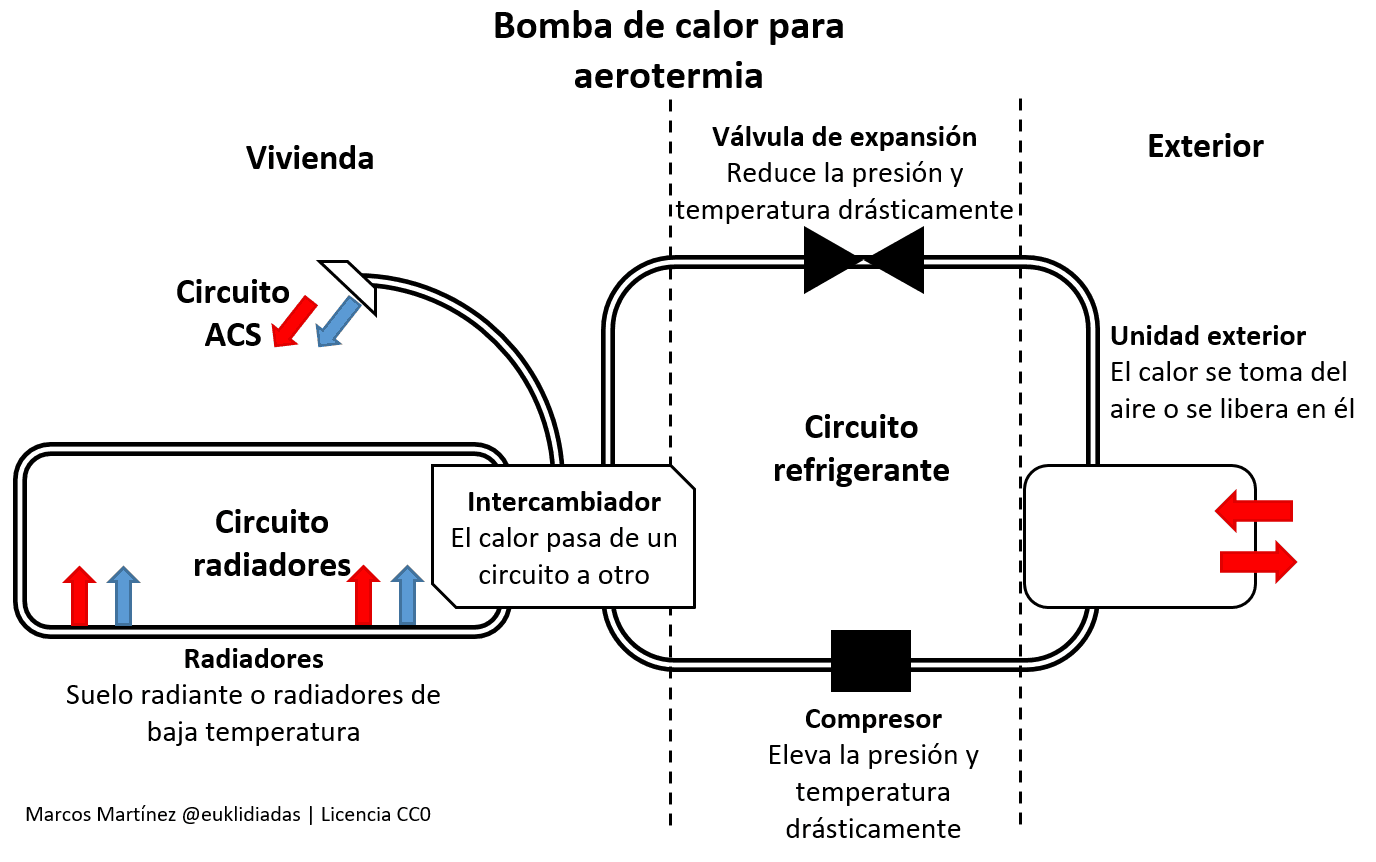 Sanitary Hot Water works with a circuit that is open to gray water that ends up going down the drain, while the circuit of radiators is closed and circular. Since aerothermy is capable of pushing very cold water through this second circuit, it is recommended to switch to low-temperature radiators, or even underfloor heating. This means higher costs, but it is profitable in the long-term due to the system’s low consumption.

Air has a lot of internal energy that can be harnessed

Perhaps the reader is wondering, “How is it possible for aerothermy to heat a living space in winter, if the air outside is cold? If it’s -5ºC, can we make it 25ºC inside? If there is no heat, can energy be extracted?” The problem with these questions is the scale by which we measure the energy around us.

In 1742, Celsius arbitrarily fixed the numbers 100ºC y 0ºC as the boiling and freezing points of water, respectively. One year later, Jean-Pierre Christin reversed that scale, but it was still a fickle way of measuring.

The truth is that even ice has a considerable amount of heat, and in astrophysics, terms like “cold surface ice” and “hot convective ice” are used. For example, let’s take the moon Europa. There’s a lot of heat there, if you know where to look for it: 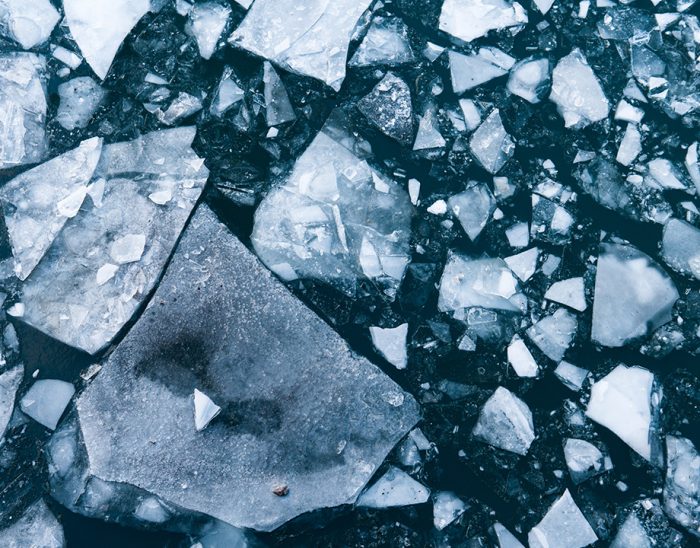 It took a century for William Thomson to discover that there is a minimum temperature in the universe (“absolute zero”), and that it is at -273.15ºC below water’s freezing point. He had found the absolute scale of temperature, even though we don’t pay a lot of attention to it.

As a result, we think that 0ºC is the line between heat and cold, but aerothermy can easily extract energy from -10ºC environments, just as we can burn our hands on the pump while inflating our bike tire in the winter.

Why is it considered a source of renewable energy?

Thanks to this previous property, aerothermy is considered to be a source of renewable energy with performance between 300% and 400%. Performance is an engineering concept that can seem complex but consists in doing a simple operation. Any machine’s performance is calculated by dividing the useful energy gotten by the total energy used to make it work. It’s as simple as that:

In the case of aerothermy, useful energy is calculated in heating or cooling, depending on whether we want it to be hot or cold, and the energy provided in watts of electricity. Of course, these have their own conversions and fields of application. But skipping over boring calculations, we can say that performance exceeds 100%.

Do we get more energy than we put in the machine? Yes and no. We get more heat or cold proportional to the electric expenditure put out. If we go back to the diagrams above, we can see that the machines receive a significant supply of hot air. That’s the key: the energy from the air is free.

In the calculations, we only count the energy it costs us to obtain, not what we get renewably from the environment. The air is loaded with heat, even very cold air, and aerothermy is able to take advantage of it. If we put this in the calculation for initial heat, we would be calculating the cycle’s efficiency, which is below 100%.

How does this affect the energy efficiency of buildings?

In order to make reading a little easier, we’ve been looking at a domestic aerothermy system. Visualizing it is easier for neophytes of industrial air conditioning systems, but obviously these machines can also be used in large buildings. Shopping malls, hospitals, offices…

The cycle is the same, and the physics involved is, too. The only thing that changes are dimensions. The cassette or exterior unit takes up a large room, rather than just a meter. But the mechanics are the same: heat is extracted from outside air and is directed inside – or vice versa – through a compressor, an evaporator, and two separate circuits for refrigerant gas and water. 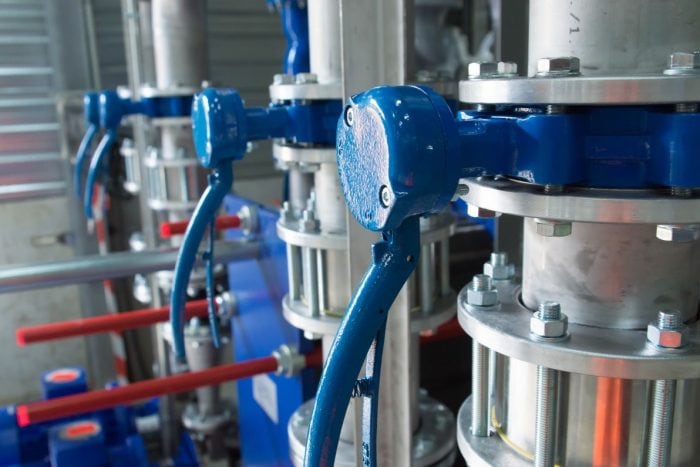 Aerothermy behaves differently than other sorts of air conditioning. For example, it has more gradual progress and tends to have some thermal inertia. This is perfect for stable temperatures that are known and predictable, since it will keep the system from having to be adjusted constantly.

This is where the value of another type of technology that makes it possible for aerothermy to be introduced successfully: air conditioning monitoring and data history. In homes, we call them thermostats, and they have soft, intuitive designs; in industrial settings, they are called BMS (Building Management Systems) and are integrated with dozens of systems.

If aerothermy can be used in homes as well as over large areas, it’s because we’re now able to adjust the movement of energy minute by minute based on a temperature that’s comfortable and the expected temperature, inside as well as outside the building. Data plays a highly important role, so BMS as well as domestic thermostats are connected to the Internet.

As a renewable system of air conditioning, aerothermy is unrivalled in efficiency and in operation costs. On the other hand, it does involve significant remodeling of machinery and heating and cooling distribution systems, along with a costly initial investment. Nevertheless, this will keep going down little by little, as the market drives down the costs due to demand.