Bicycles cause no damage to road surfaces

As drivers, we want, and need, to move from one location in our modern cities to another with our vehicles, whether it be a bicycle, a motorcycle, a car or some heavy vehicle. On such trips, we expect the road surface to be in optimum condition and get rather annoyed when that’s not the case because this potentially means lack of safety at the wheel.

As citizens, our taxes contribute to improving the condition of roads and to adequate maintenance. And here we’ll let you into an open secret, a life hack for cities to require fewer taxes in future: use a bicycle for moving around, because they cause no damage to road surfaces.

As anyone who has ever held a spring in their hand will know, objects become compressed when a force is applied to them and will compress more the greater the force applied. The same holds true for a road, the only difference being that we cannot actually see the deformation, given how slight it is.

Larger vehicles, such as lorries or heavy vehicles, cause a greater compression of the surface. To avoid part of the effects, many heavy vehicles have six, eight or more wheels to spread the load over a larger area. The greater the spread of the load, the less road surface compression will be caused under each wheel.

Compression itself causes little or no harm to the road. The weight to which building materials are subjected does not really affect them, as we already saw in the case of Gothic cathedrals. However, what is rather more harmful is cracking, or the appearance of cracks.

Cracks appear more frequently when other types of pressure are applied to roads. As we already explained in the article on frozen roads , when a lorry accelerates or brakes it compresses and creates traction on the ground over which it drives in the direction of movement, with the parts of the road being caused to stretch being the most affected. 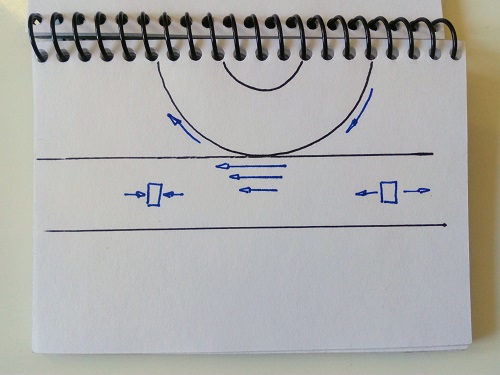 As hundreds of thousands of heavy vehicles apply such loads on the road, cracks get bigger. Though microscopic at first, they are eventually large enough to let in drops of water, and that’s when the road should be repaired to prevent the damage going further.

Water getting into the cracks freezes (not only in winter, it also happens at night), expands and makes the crack bigger. And you may be wondering what all this has to do with bicycles: the answer lies in their weight.

What’s the maximum weight of a bike? Bicycles for professional cyclists, made with materials such as carbon fibre, can weigh around 5 kg. But if our own bike is already a few years old, the chance is that it will weigh around 15 kg or even 20 kg. Add to this an average-to-large person weighing around 100 kg, and we come to a total weight of 120 kg on two wheels, or 60 kg per wheel.

Compare this with the 1,000 kg to 2,000 kg which is the normal weight of a modern car, or some 3,500 kg of light transport vehicles, and we would have anything between 250 kg and 875 kg per wheel. In other words, between 316 % and 1358 % more weight per wheel than a bicycle. And so we can safely say that bicycles cause no damage to road surfaces.

The lower the weight, the smaller the compression and traction forces, and therefore less damage to the roads and fewer taxes to be spent in future (at least on road repairs).

Many people, on reading this article, might think that bicycles don’t pay road tax because they don’t damage the road. But the fact is that this tax is not actually linked to the use of the road per se, but in the weighting of each city or town’s treasury department. If this were not the case, tax costs for every vehicle in every city would be the same, but they are not. 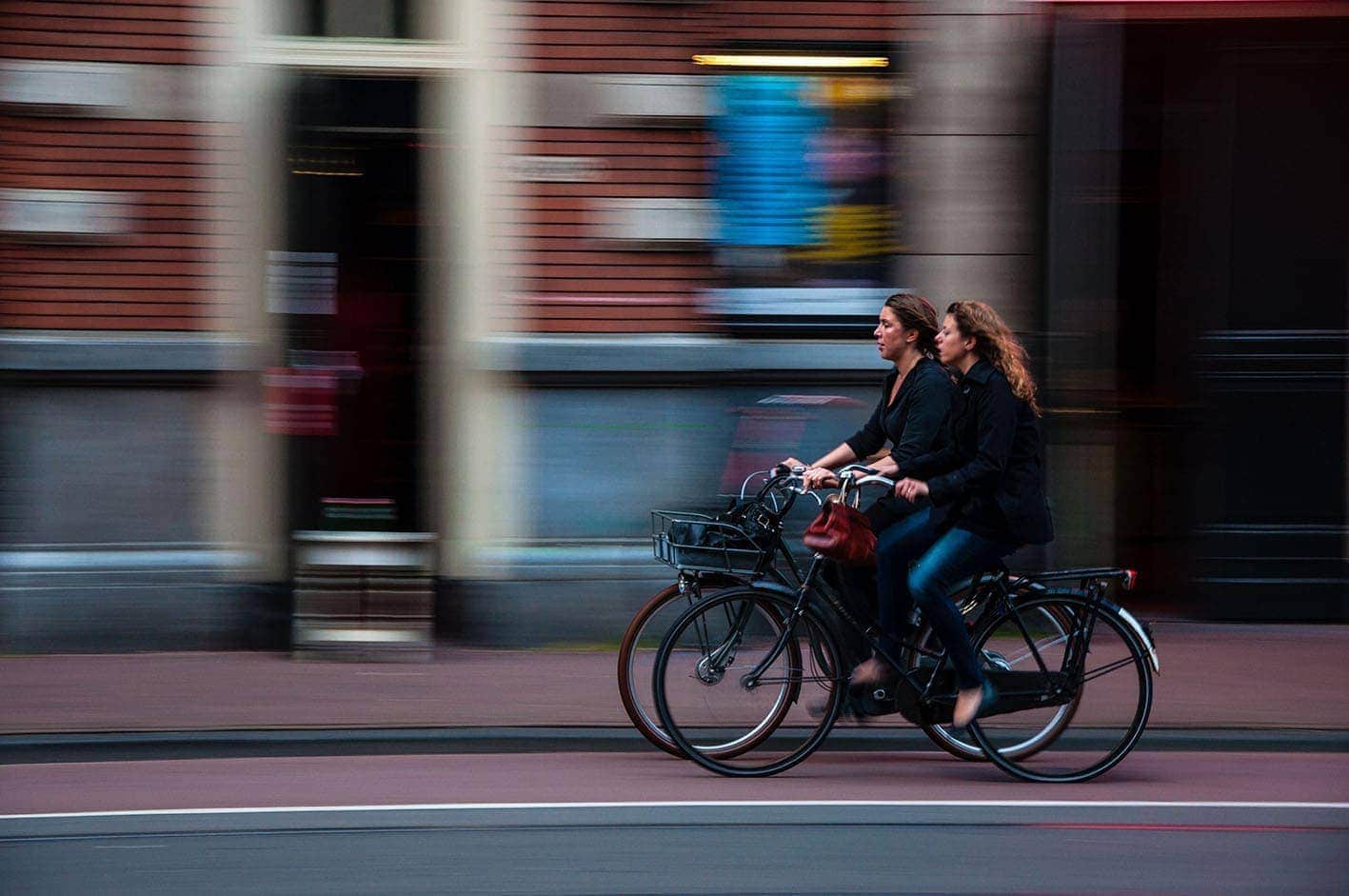 Road tax, actually called Vehicle Excise Duty in the UK and Tax on Mechanical Traction Vehicles (IVTM) in Spain, is applied to private cars, buses, lorries, caravans, trucks, tractors and special vehicles, scooters, motorbikes and similar vehicles. It is a direct tax on ownership, set by each local council.

In addition to being a means of revenue generation, the tax has another purpose, which is to disincentivise the use of private vehicles (which is why the tax is on ownership, rather than use) in favour of other types of mobility, such as public transport, carsharing, payment for MaaS mobility services, or using other vehicles with little or no greenhouse gas emissions per occupant, one of which is obviously the bicycle.

The fact that bicycles don’t have to pay road tax is an additional benefit, which must continue to be promoted.

Bicycles don’t pollute as they move

It is true to say that bicycles don’t pollute at all if we compare them with any thermal, hybrid or even electric vehicles, from motorbikes to buses carrying tens of passengers.

And this is because when riding a bicycle, we produce zero emissions of CO2 and CO2 equivalent. In other words, no greenhouse gases (GHG) which are harmful for the atmosphere and for people’s health are emitted, and this helps reduce pollution in cities.

Bicycles do obviously need spare parts occasionally when some of their components wear down or break, tyres being the most frequent element to need change.

However, technology today has gone as far as making it possible for punctures to repair themselves when using tubeless systems; some tyres actually work without air (Tannus, Bridgestone, Nexo), using a new technology which means that one same tyre can last for decades in perfect condition. 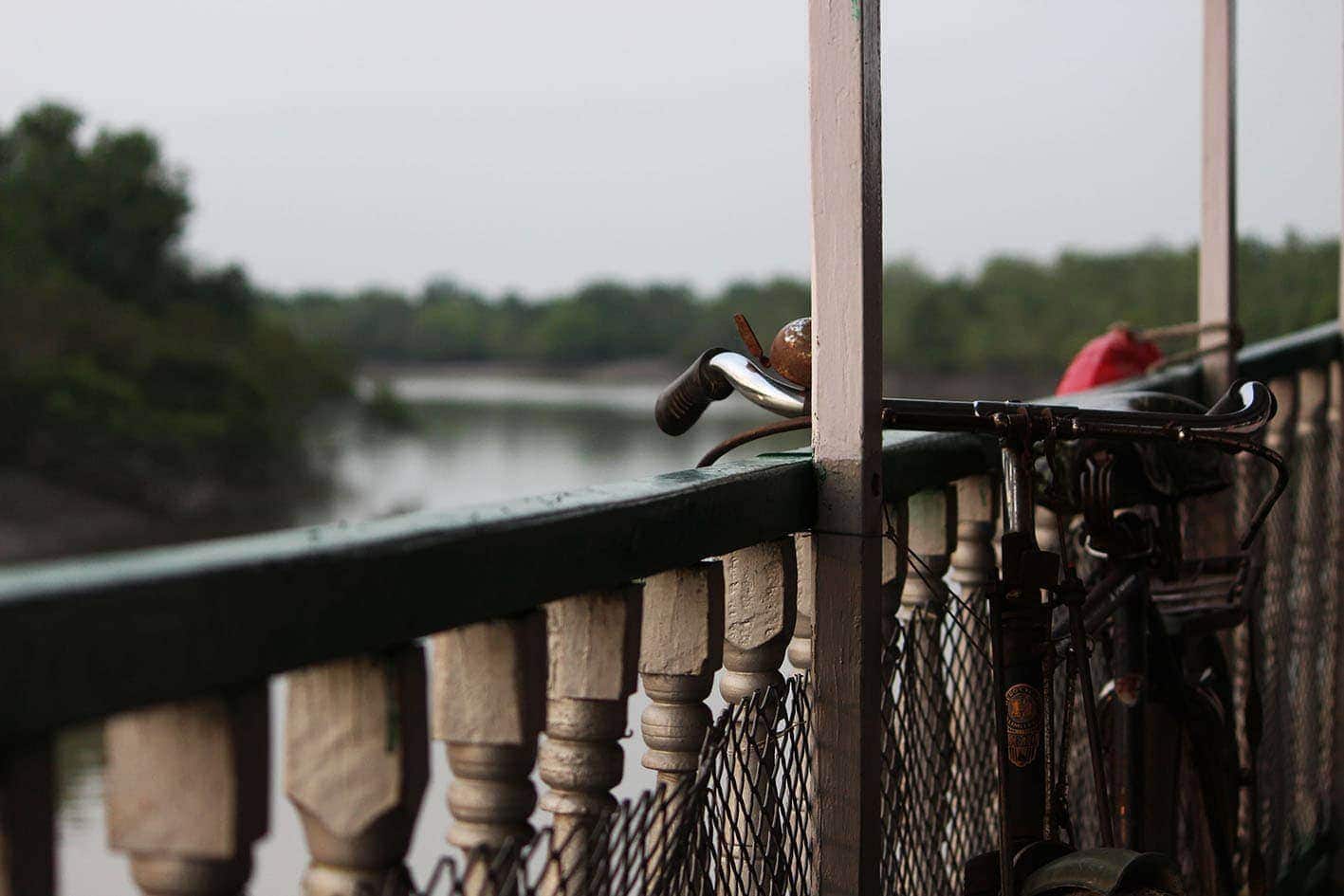 But even taking into account the amount of CO2eq for these parts changes per kilometre, the bicycle is still the most sustainable vehicle of today.

The most sustainable, and also the most affordable, even if we haven’t mentioned it yet. It is the vehicle that emits the least amounts of CO2 and GHG, pays no road tax and, additionally, cares for road surfaces as no other vehicle does.

It seems very obvious to us: the bicycle is the urban mode of transport of the future and will improve quality of life not only for those who actually pedal on it, but also for those around them.