Policies, infrastructures, laws, prevention campaigns, technology, research, awareness… there are a lot of tools for improving road safety. They’re all after the same goal: preventing accidents on the road and minimizing their effects. For as long as there’s been vehicular transportation, there’s been road safety.

Over time, the first gas traffic lights led to smart traffic management systems. But it’s not all state-of-the-art technology, as the story of this piece of concrete shows.

Its origin is difficult to track down, but everything seems to suggest that they arose following the boom in motor vehicle transportation. And they did so in an unorthodox way. 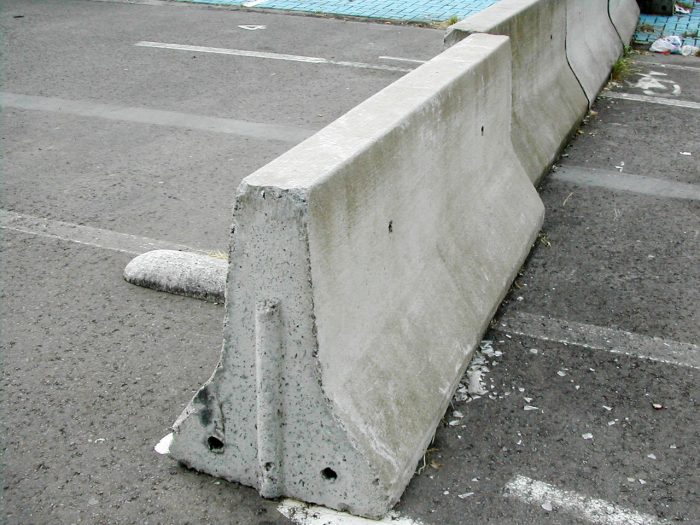 ¿What is the most used barrier on the roads?

Concrete barriers are a useful system for separating lanes or paved road construction, for example. There are several types, but one of the most widely used all over the world is the so-called Jersey barrier. Its design has been perfected over the years, and it is the result of constant engineering. But its beginnings were more down to earth.

One of the first documented uses of this sort of barrier dates back to the 1940s in California. There, they were used to separate the lanes of Highway US-99 where it passed through the Tehachapi Mountains. The goal was to minimize accidents due to floating into the opposite lane. The problem was that those early barriers failed to stop heavy vehicles like trucks. As early as the 1950s, concrete barriers began to be seen more in the state of New Jersey. They were first installed on a mountain stretch of Route 22 with the same goal as those in California. Those barriers were 48 centimeters high and also failed to reduce truck accidents.

The design was modified on the fly by trial and error. That is, the barriers were installed and, if they didn’t reduce accidents, the design was changed. No lab tests or anything. In the 1960s, research and engineering took the reins. At the Stevens Institute of Technology in the same state of New Jersey, standards were set following several tests: 81 centimeters high and 60 centimeters wide, made of reinforced concrete and two slopes at different angles, 84 and 55 degrees.

That was how the Jersey barrier was born. In a little over a decade, it was being used all over the country. By the late 1980s, there were already over 1,000 kilometers of these barriers in use in the United States. 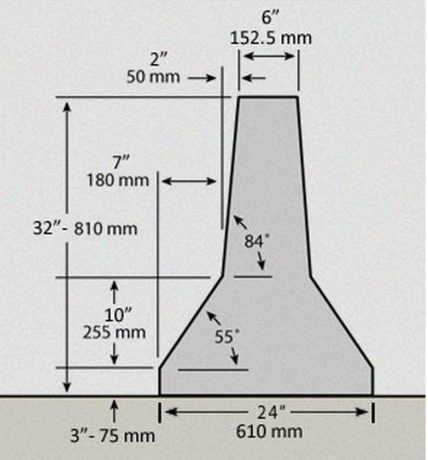 ¿What a Jersey Barrier Does?

Little by little, the Jersey barrier started to be used in other countries. Its relatively simple installation and good results played in its favor. Basically, its success is based on two key factors. Its mass allows it to absorb a heavy impact while moving in a controlled manner. And the two slopes help elevate the vehicle, making it slow down quickly, and redirect its path, keeping it from entering another lane or going off the road.

In the event of an impact, as explained by the U.S. Federal Highway Administration, the front bumper hits the upper sloped face and slides upwards. Then, as the vehicle is redirected and becomes more parallel to the barrier, the wheels hit the lower sloped face. All it takes is raising the vehicle enough to eliminate the wheels’ contact with the pavement. When this happens, the speed drops rapidly. The Jersey barrier’s good performance contributed to its popularization.

Today, they are used around the world, both temporarily or permanently, to separate lanes and different directions of traffic, to mark detours, and to protect construction areas. But they’re not foolproof. Spain’s Ministry of Development notes:

“Safety barriers, such as vehicle containment systems, are roadway elements whose function is to replace one roadway accident with another of a more predictable, less serious consequence, but they do not prevent them from occurring, nor do they eliminate some sort of risk for the vehicle’s occupants”

In addition, as indicated by the country’s Directorate-General for Traffic, if the impact occurs at an excessive speed, the wheels can lift too high, potentially causing the vehicle to flip over. 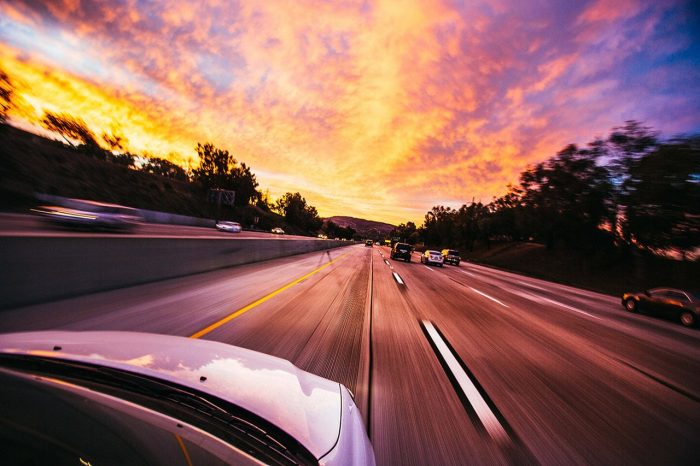 ¿Is the New Jersey barrier fixed to the ground or can it move?

During the first few decadfinal keyes when they were used, and even once they were standardized, Jersey barriers were not exactly what we know them to be today. They weren’t modular structures but were instead made with reinforced concrete directly on the ground. Barriers are currently manufactured in modules of a certain length (in Europe, for example, they’re one meter) and transported to where they’re needed.

In addition, they can be affixed to the ground or not, depending on the site’s needs. Over time, other barriers have been developed, such as constant-slope barriers and F-shape barriers (which are very similar to the Jersey barrier but have a lower starting point for the slope). Other materials such as plastic have also been tested out. In this case, the barriers are filled with water and emptied for transport.

Today, there are several barrier solutions on the market, but the Jersey model is still one of the most widely used. Deep down, it’s still the same reason as to why it firmly took root in the United States in the 1970s. Its efficiency and ease of placement are convincing enough not to have to invest in a replacement solution.