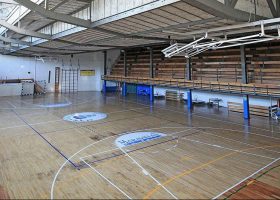 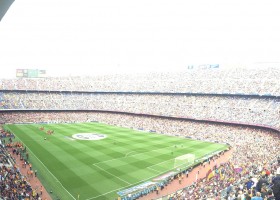 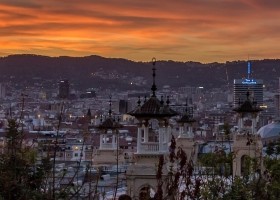 One of the stadiums for the upcoming World Cup in Qatar exemplifies characteristics of sustainable construction and maintenance.

On December 2, 2010, the location of the 2022 FIFA World Cup was announced. The event, which will be held in Qatar, will be a milestone in the history of the World Cup, and not just because it will be the first one played in the months of November and December. The Qatar World Cup will also be the first to use a reusable stadium in its organization and timeframe.

The reality of “conventional” stadiums

This is the Ras Abu Aboud Stadium, whose process of modular construction has been proposed as a way to address the poor performance of “conventional” stadiums and facilities designed specifically for large events such as the Olympics, World Cups, conferences, exhibitions… This type of infrastructure often leads to problems of underuse and economic losses due to their poor performance after those events end, which often leads to them being abandoned.

Beijing’s “Bird’s Nest,” the flagship facility of the 2008 Olympics, came dangerously close to such problems of underutilization after the Games ended. The owners of the facility then decided to transform it into a shopping mall after a year of inactivity. Now, thanks to its spectacular design, it is also a tourist attraction, and it’s slated to host the opening and closing ceremonies of the Winter Olympic Games in 2022, but it isn’t always possible to make these renewed uses a reality.

The deterioration and potential abandonment of this type of infrastructure sometimes happen almost immediately following the event’s close, and it is basically a common denominator among stadiums that fail to survive drastic decreases in attendance and funding. Such is the case for some of the stadiums that hosted the 2014 FIFA World Cup in Brazil, the 2016 Olympics in Rio de Janeiro, the 2010 FIFA World Cup in South Africa, the 2004 Summer Olympics in Athens, and so on. The high maintenance costs and excess capacity and resources for funding for the small crowd sizes and declining economic activity in the area are some of the factors that led these facilities to ruin. In fact, the organization behind the upcoming Olympic Games in Tokyo decided to alter the initial model for the stadium to make it more affordable and more easily adaptable to its environment.

The first reusable stadium in the history of the World Cup

Qatar’s new stadium, meanwhile, aims to transform the way that such infrastructure is built, used, and dismantled. It will have a capacity of 40,000 spectators, and its structure will be composed of standard shipping containers, like the ones we can find at seaports or on large cargo ships. In addition, the containers’ storage capacity was used to transport other materials needed for construction, minimizing the trips needed and reducing the environmental impact of the construction process.

Mark Fenwich, the architect in charge of designing the stadium, stated that it was precisely his intention to avoid that excess of costs, underutilization, and abandonment of stadiums in a way that’s similar to how a circus is organized, that is, with structures that can be put up and taken down. Fenwich said that, once the World Cup is over, the stadium will be dismantled and its materials will be reused, and in fact, up to ten different alternatives have been proposed for carrying out these processes and giving the venue a second life.

This new stadium is adapted to characteristics of the current economic model, which features maximum use of available resources as a cornerstone. Clear examples of this model include “ridesharing” or “carsharing” platforms, which entail discrete use of their assets to get the most out of them while contributing to sustainability. Such is the same case for sites like Airbnb, which expand past “conventional” options and also allow users to make the most of their property, adjusting more precisely to specific peaks in demand instead of offering a “fixed” solution independent of demand, as is often the case with traditional stadiums.