Most of us go about our business unaware of the world of services that is deployed around us. For example, we have no idea where the signals for Internet radio come from, or where the mechanisms that bring tap water to our homes are located. Despite our ignorance, however, we depend on these systems and their maintenance.

Public buildings the likes of administrative centres, sports centres, clinics, schools, centres for senior citizens, museums, hospitals and so forth, all depend on sizeable teams of technicians whose efforts make it possible for us, the general public, to enjoy the services they provide. We sometimes forget that nothing would work without the efforts of this invisible army. So, to all you technicians out there, this article is dedicated to you!

The innate complexity of a hospital

Hospitals are probably the public buildings that require the most elaborate security and control systems. So let’s take a closer look at them and their innate complexity. A hospital contains everything, from classic air-conditioning systems like we have at home to unfathomable conduit systems that wind their way behind the walls to deliver oxygen to the patients.

Below we can see a typical hospital room in which a range of services have been inbuilt into the walls. When the beds are occupied, these services simply must not fail: 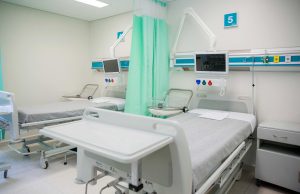 These buildings are complex even as far back as the design phase, as they have to comply with basic building legislation while also possessing their own, very specific addenda. We could highlight, for example, the case of surgeries. Everything in a surgery, even the doors, must be (electrically) earthed and easily sterilised. If you think bottled gas and sparks is a bad combination, well so is bacteria and sick people.

In the case of the latter example, hospitals also employ positive and negative pressure systems. The air pressure inside hospital bathrooms is slightly lower than that of other rooms and hallways, and in the hallways the pressure is slightly higher than the normal external air pressure.  Why? Well, so that external bacteria do not come in contact with the patients and bacteria that originate in patients do not re-enter the bedrooms, no less. 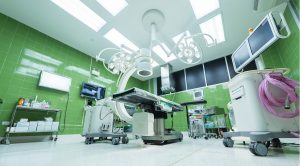 Something like this poses quite a challenge in terms of engineering, given the large number of ventilation ducts required. If you were ever to lift a hospital roof tile to take a peek you may well fall right on your back from the shock of seeing so many electrical lines, metal fibre-optic trays, gas lines… And all this has to work like clockwork, as people’s lives depend on it.

Bearing in mind hospitals and their innate complexity, we now turn to another public building, the sports centre, which, while far simpler, has its own complex nature. Rooftops and basements are where the much-maligned engine rooms are usually located.

These engine rooms heat the gymnasium in winter and cool it in summer. They maintain the shower at a suitable temperature, filter the water for the pools and fill them, make sure the electricity supply is uninterrupted and even provide the buildings with their own internal electrical supply.

The downside is that these machines have the nasty habit of being subject to wear and tear, and that is where good maintenance becomes essential. Every piece of machinery, whether it is an industrial ait conditioning unit the size of a house, a receptionist’s PC, or merely a tap in a sink, possesses a pre-determined useful lifespan. Components begin to deteriorate from day one, and there comes a time when they are simply no longer up to the job. 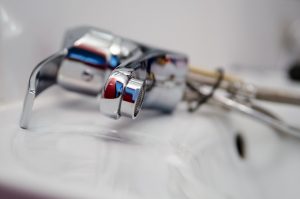 In the intervening period between these two dates, maintenance personnel struggle daily to push the breaking point as far as possible into the future. One of the most efficient ways of doing this is through predictive maintenance, which, while it may require extensive investment, offers excellent results.

Predictive maintenance consists of making use of large volumes of data and statistics in an effort to predict when a piece or machine will eventually fail, and where this failure will originate. Sensorization and the Internet of Things are essential elements in this type of maintenance as they take into consideration the use to which the machine is put. These techniques are very helpful in terms of prolonging useful life.

Preventive maintenance seeks a situation in which the machine in question breaks down as little as possible by carrying out the necessary replacements before it ceases to function, for example, by changing filters, cleaning pumps, classifying cable verticals, investing in anti-virus software… The cost of a new machine (expensive!) is significantly higher than that of keeping it in good condition.

Unfortunately, many public centres operate on the basis of “breakdown” or corrective maintenance, which is the worst possible alternative for a number of reasons. First of all, the machine in question is already broken and often has to be disposed of for lack of care; and secondly, the centre in question is left without the associated service until the machine can be replaced. 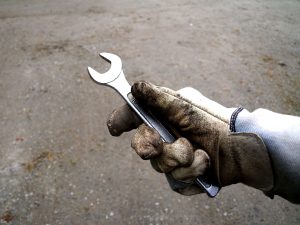 Should a maintenance technician read this they would probably identify with the situation we describe as, certainly where public projects are concerned, a lack of resources often leads to the implementation of ‘run to failure’ strategies. As a result, day to day operation becomes a juggling exercise in which one is chasing around trying to fix problems instead of pre-empting them. Herein lies the importance of allowing for robust maintenance budgets, as, at the end of the day, they save money.

Important: that the user doesn’t realise there’s a problem

When the air conditioning goes on the blink, or when indoor telephone antennae break, the user is aware there is a problem. This is what maintenance technicians are trying to avoid at all costs, and thanks to their efforts it is rare nowadays that a bucket has to be put on the floor to collect drips from a leakage.

We began this article by mentioning how people in general are unaware of the numerous services operating around them until such time as “these begin to fail”. This is the moment when the silence becomes deafening. Sometimes the nuisance is minimal, like when there is no hot water at the gym – one cold shower is not going to kill you.

But other maintenance-related problems can be serious, or very serious, and here we can refer back to our hospital example. We cannot leave a hospital floor without power, positive pressure mechanisms cannot fail, oxygen ducts cannot stop pumping oxygen… 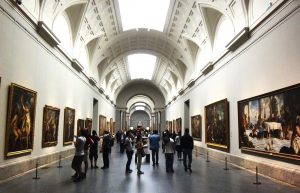 Let us consider for a moment the maintenance involved in a museum such as El Prado (see above). The air temperature not only affects the comfort level of the visitors, which is obviously important, but also the level of protection that the works of art enjoy. If the air conditioning system fails, we may lose a Velazquez.

Other public offices the likes of administrative centres or government buildings are home to other critical systems that include, for example, server maintenance, safety systems, camera maintenance, access control and a long list of additional systems and elements that require maintenance.

On any given day just about everything in our public buildings works according to plan, whether it is a hospital or a day-care centre, and this is something that would be impossible without an invisible army of technicians monitoring our passageways and moving silently among the machinery, taking care of business. And for this we thank them.