Give Me a Toilet, and I'll Change the World: Innovation and Cooperation to Guarantee Safe Access to a Toilet

The Cura Mori district is one of ten that make up the Peruvian province of Piura, a rural district in a country where only 21% of the non-urban population has access to safe drinking water systems. Peru is one of many countries in the (unacceptable) number that the UN oversees. Some 2.2 billion people do not have access to potable water services, and 4.2 billion lack a safe sanitation system.

By 2030, these numbers should be a thing of the past if we succeed in meeting the United Nations’ Sustainable Development Goal 6. But we are far from achieving those goals, and the climate situation isn’t helping any. According to the UN, by 2050, one in four people will live in a country affected by chronic, recurring freshwater shortages – drought that brings about hunger and malnutrition and worsens hygiene conditions.

A worldwide day of the toilet

Raising living conditions so that everyone has minimal hygienic conditions and access to sanitation services is difficult if we take another number into consideration: 4.5 billion people don’t have access to safe toilet facilities – that’s 58% of the world’s population. In addition, 892 million individuals still must defecate outdoors. According to the World Health Organization, this has a direct impact on public health, living and working conditions, nutrition, education, and economic productivity.

This is the main reason why World Toilet Day has been celebrated officially every November 19 since 2013. For some human settlements, not having efficient sanitation systems means ending up with actual outdoor sewers. And the list of alarming data continues.

Around 1.8 billion people drink from water sources that aren’t protected from fecal contamination. One in five schools around the world doesn’t have any toilets. And almost 900 million children don’t have anywhere to wash their hands at school, the main barrier in stopping the spread of disease. Furthermore, 80% of wastewater worldwide ends up back in the environment untreated. 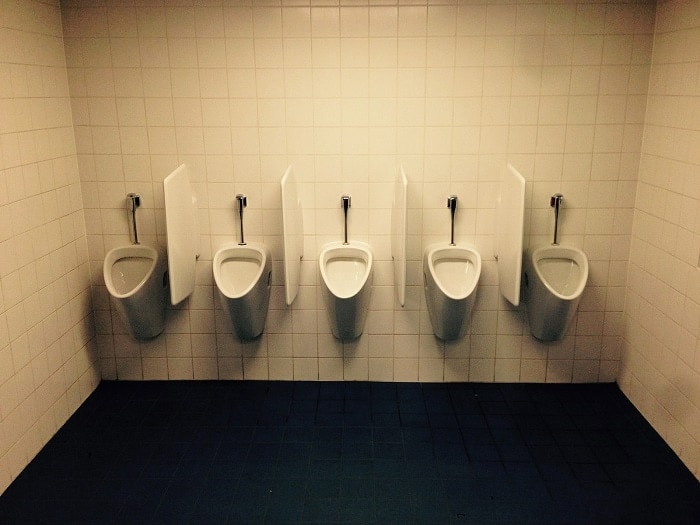 The numbers are astronomical and make it hard to imagine that, in under a decade, the world’s problem of potable water and sanitation systems has been solved. Nevertheless, innovation and commitment to working together can accelerate change. It’s time to go back to the Cura Mori district.

In 2017, the Piura River dam broke in Cura Mori after weeks of heavy rains caused by the “el Niño Costero” phenomenon, which brought flooding in South America. The river’s overflow, which brought over 3,000 cubic meters of water per second, caused the Chato Chico and Chato Grande to flood, and the communities in both areas were left with no water supply or sanitation infrastructure. Chato Chico’s elevated water tank was in danger of collapsing, and the water connection came into contact with the soil, exposed to potential contamination from animals. In addition, the community did not have toilets or latrines.

Since early 2019, Ferrovial has been developing a field project to improve access to sanitation and water supply systems, in collaboration with the NGO Ayuda en Acción. Among several tasks, a new elevated tank is being built that will provide water to homes 24 hours a day, and 84 green latrines are being installed, along with maintenance kits and training in water management among the residents of Chato Grande and Chato Chico. 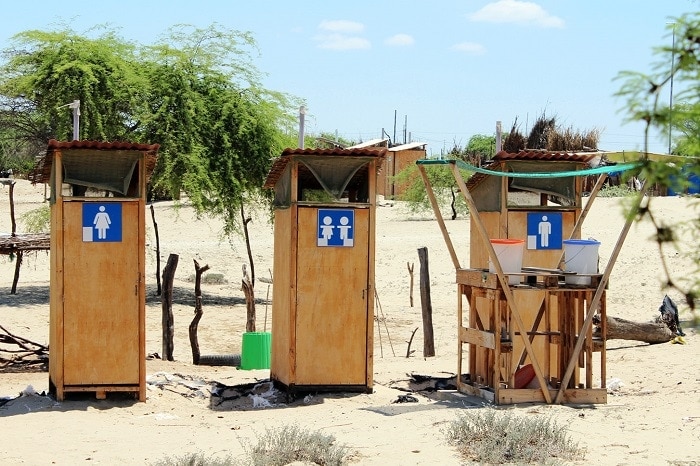 Water on the Cocoa Route

In Latin America, only Mexico has more work to do than Peru in ensuring access to safe drinking water. At the regional level, 74% of the population has already achieved that, and Colombia is among the countries with the highest percentages (69%). Even so, there’s still a lot of work to be done.

In the region of Santander, on the road that connects Bucaramanga with the Magdalena River valley, lies the town of Portugal. Right in the middle of the Cocoa Route, most of the village’s residents are dedicated, in one way or another, to transforming cocoa into a pill or a ball.  Though they are in a very humid area, there wasn’t reliable access to safe drinking water for a significant portion of the population.

Along with Action Against Hunger, under the framework of the Social Infrastructures program, Ferrovial set the goal of building the infrastructures necessary so that 1,200 people would have drinking water regularly. To this end, over the course of this year, a water treatment plant was designed and built, and water quality monitoring processes were implemented. In addition, the project focused on training in hygiene and water resource management. 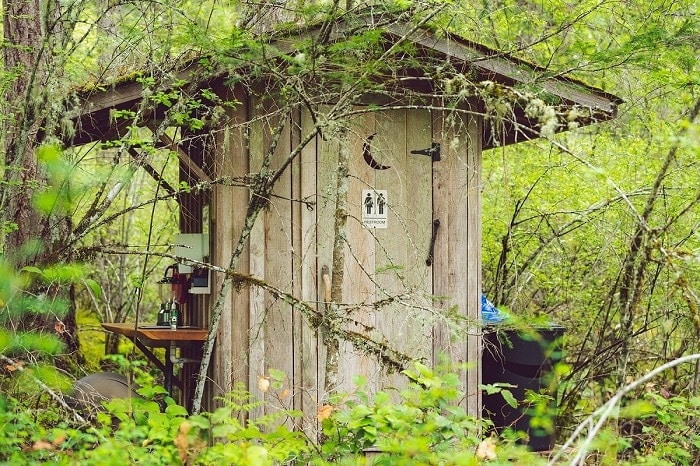 A toilet to change the world

If there is any region of the planet where the problem of water has reached dramatic levels, it is in Sub-Saharan Africa. There, only one in four people has access to potable water systems, and only 18% can use safe sanitation facilities. The data obtained by the UN could actually be even higher, as many countries don’t have statistical systems.

In the Mbhikwa region of Zimbabwe’s Lupane district, less than 30% of the population has access to a toilet. Some 70% of people defecate outdoors. The lack of sanitation systems and potable water is even evident in hospitals and schools. Here more than anywhere else, a toilet can change the world.  Public health and quality of life directly depend on access to safe infrastructures for water and sanitation.

In Mbhikwa, the NGO World Vision, with support from Ferrovial, is carrying out a series of actions to improve access to water and sanitation facilities in health centers and an elementary school. During 2019, several solar water distribution systems, water storage tanks, cistern toilets, and incinerators for disposing of solid waste have been installed.

Despite such cooperation and innovation projects, the situation in much of the world will get worse over the coming decades. Forecasts from the UN’s Intergovernmental Panel on Climate Change (IPCC) show that water stress and scarcity will worsen in the future due to climate change.

If we add to this almost inevitable physical scarcity the economic water shortage due to lack of investment in infrastructure and technology, the challenges multiply. World Toilet Day should show us that, toilet by toilet, sink by sink, we still have time to change things.