Energy efficiency, an issue that is on everyone’s lips at the Conference of the Parties (COP) to the United Nations Framework Convention on Climate Change (UNFCCC), has become a matter of global interest applicable at all levels: from individual devices to supra-state entities, such as the European Union and the OECD. But it is in cities where most progress is being made.

A smart city is a unit large enough to have a positive impact on its inhabitants’ living standards. Each city has a plan, but all share the same goal. Urban labs experiment, learn, and share the knowledge they gain. On the occasion of COP25 in Madrid, let’s talk about urban efficiency.

The city: the most efficient social structure

A city environment reduces and optimizes energy consumption per capita considerably, as well as the associated carbon and water footprints. As researchers from Spain’s national research institute, CSIC, have shown, cities’ compact structure makes it easier to provide better services to citizens at a lower environmental cost. And also with less pollution.

This is particularly noticeable in cities that experience “onion-like” organic growth (i.e. they grow from the core outwards) and with good public transportation, such as Madrid, Tokyo, Melbourne and Copenhagen; it is much less noticeable in “cluster-type” cities, which is the standard form of urban growth in the US over the last century, in which there is no single core and the layout is characterised by multiple urban cores and large distances. 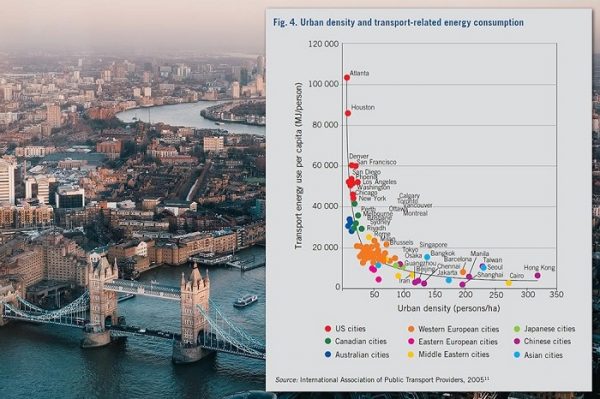 Some cities, such as London, combine highly efficient areas with others that are less so. Compact city centres comprising mid-rise apartment blocks are much more efficient and accessible to services than cities consisting of single-family dwellings distributed over a large area; they are even more efficient than the high-rise apartment blocks that are typical of the accelerated growth experienced by Asian countries.

In short, cities are a good way to reduce our environmental footprint and be more efficient. But, there is absolute scientific consensus that not all cities are equal. How do cities apply the smart concept?

How much does a city pollute?

A multidisciplinary study conducted by the Norwegian University of Science and Technology examined 13,000 cities worldwide (the largest survey to date) and established a ranking based on their carbon footprint per capita, measured in tons of CO2 equivalent. It measured up to Scope 3 emissions, which include indirect emissions from activities.

Unfortunately, this study did not identify the most efficient city. Cities with a low index and low emissions (0.5 tCO2eq/cap) are not necessarily the most efficient; rather, they are the ones that use the least energy per person. But they do serve as a yardstick, and to reveal how projects reduce their footprint.

The survey revealed that 18% of all global greenhouse gas emissions come from the top 100 cities on the list.

Copenhagen (Denmark, 10.1 tCO2eq/cap), is one of the cities with the highest living standards and a low environmental impact. Two long-term projects stand out in Copenhagen: green roofs, which are mandatory for new buildings, and the fact that emissions-free cycling is the priority means of transport. 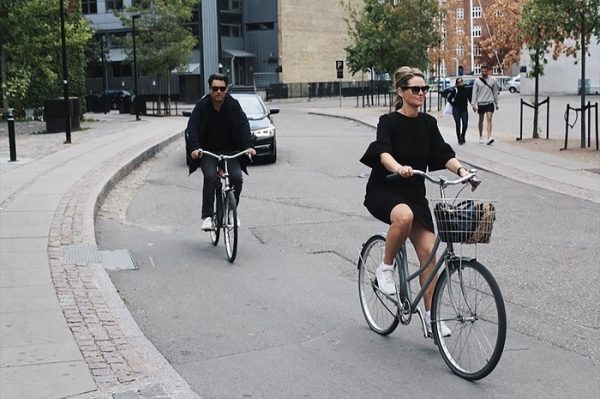 Some of these initiatives have been replicated elsewhere: Switzerland has a Federal Green Roofs Law, while Buenos Aires (Argentina) has a Green Roofs and Terraces Law. This is the key to urban experimentation: imitate what makes us better.

Singapore is one of the countries (strictly speaking, it is a city-state) with the greatest environmental impact due to its consumption of fossil fuels. In the 1970s, the UN declared it a disaster zone due to the high levels of pollution, which it reduced rapidly using technology.

In 2012, Singapore declared war on inefficient buildings, and issued a law that obliges the country to have 80% of all its buildings certified to the very strict efficiency Green Mark. It will be a country of low impact buildings, and Panama is interested in adopting similar measures. When a plan works, there always seems to be someone who will imitate it.

Vancouver: the greenest city in 2020 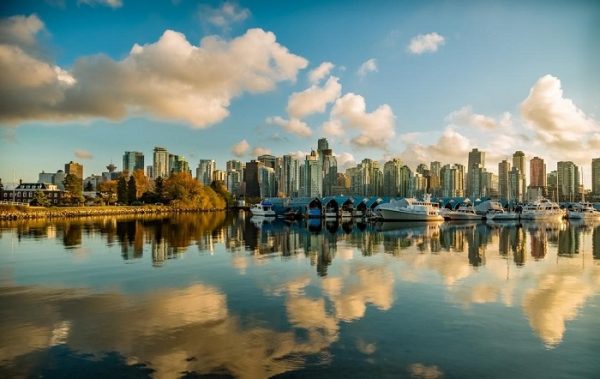 The document set out 75 quite ambitious environmental objectives that have been imitated all over the world, such as “Provide incomparable access to green spaces” and “Breathe the cleanest air of any major city in the world.” The star measures were:

Ambitious, yes, but also inspiring, as described in a detailed publication on the process by the Mayor’s office in order to share what Vancouver had learned with every city in the world. In 2050, all the city’s energy consumption will be 100% renewable.

Let’s look at some technical data to describe the situation of Zurich (Switzerland, 11 tCO2eq/cap). Back in 1998, long before a city’s efficiency became a metric to watch, several researchers from the Federal Institute of Technology Zurich (ETHZ) published a white paper entitled ‘Steps towards a 2000 Watt-Society‘. Or, to put it another way, a society of 17,520 kWh/year per person.

According to World Bank data, Switzerland consumed about 7,481 kWh/year per person, although this did not take account of energy externalities in developing countries (Scope 3). In 1998, the US consumed 13,154 kWh/year per person, while the average European consumed about 5,908 kWh/year. Achieving 2,000 W per capita is going to be a global challenge, and Zurich has a head-start of just over two decades. 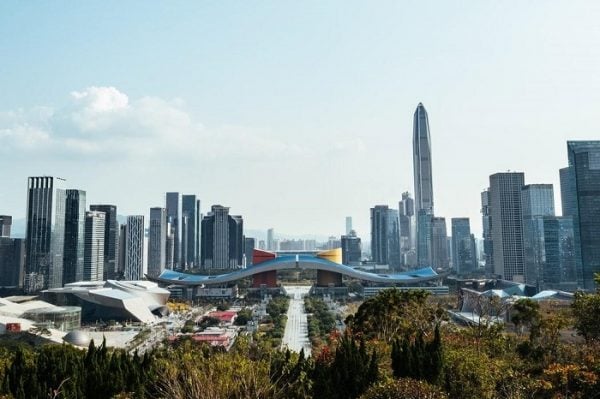 Shenzhen (China) is one of the cities that has made the most progress in the electrification of mobility, as well as in changing habits. While other cities have considered the purchase of a couple of electric buses for pilot testing, in 2017 Shenzhen (population: 12 million) acquired a fleet of 16,000 electric buses and more than 20,000 all-electric taxis. Nobody outside mainland China expected anything like that.

Now dozens of large Chinese cities (Shanghai, Hong Kong, Changsha, Xi’an …) have followed suit, putting pressure on their European and American counterparts to change models from an economic standpoint: getting around by electric bus is much more affordable, as is phasing out internal combustion vehicles.

Each city seems to have a different environmental strategy, and all will be important for the future. Some cities choose to heat entire neighbourhoods using district heating (New York, Moscow), while others are replacing streetlights using LEDs, remote management and energy services (Boston) or investing in woodland per capita (Tampa).

As we observe an increase in energy efficiency, better environmental health, more active citizens and cooler air at a lower cost, we are imitating similar projects in other cities in a form of competitive cooperation: the city that solves a problem first will be able to export the solution.