Robots Will Build the Cities of the Future (and the Present) 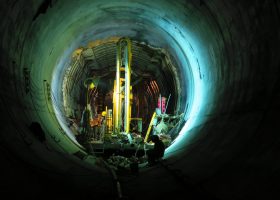 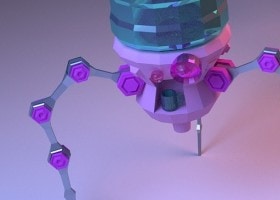 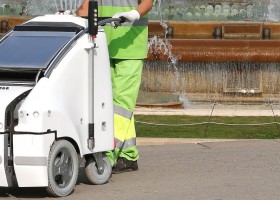 It’s break time on a construction site in the year 2037. Workers no longer take out their sandwiches or pour a cup of coffee. They wait for their daily dose of oil and battery replacement. Their movements are guided by artificial intelligence that controls everything happening in the field, from the supply chain to security. Is this likely to happen in construction?

“The engineering and construction sector moves more than $10 trillion every year,” according to the McKinsey analytics company. “But even though its customers are becoming more sophisticated, it is still not a very digital industry.” The company forecasts that the implementation of robotics and artificial intelligence in the sector will be moderate over the next few years.

However, that doesn’t mean that it won’t happen. Moreover, AI and robotics already play a part in the construction of buildings today, and they will build the cities of the future. It may not look exactly like the start of this article, but the revolution is taking place. The intelligence of the algorithms is already being tested in design and planning phases, in site safety, and in monitoring and maintenance for construction.

When it comes to planning a building, considering the architecture, structure, facilities, and sanitation is necessary. Nowadays, all of these elements are integrated into the so-called “Building Information Modeling” (BIM) framework. Different BIM solutions allow for 3D and real-time construction modeling, cutting times and reducing the resources needed.

Each variable is, after all, a data set that can be managed by an algorithm. It is the exact same data that artificial intelligence and generative design draw on. Generative design programs use machine learning to evaluate all the possible options for solving a problem. They generate those alternatives and test them quickly in a virtual environment to decide which option is best.

That way, the BIMs equipped with generative design tools can create a plethora of models of mechanical and electrical systems and structures for specific solutions while ensuring that none of the changes compromise the rest of the design. These types of solutions are already offered by companies such as Autodesk with Revit, Bentley with  Aecosim, and Building System Planning with ClashMEP.

Throughout the lifecycle of a construction site, unexpected costs and unforeseen risks often arise that jeopardize the structure’s viability. According to McKinsey’s data, large construction projects worldwide take on average 20% longer and cost 80% more than initially planned. Margins that the industry can act on.

Predictive data analysis that uses AI has, in recent years, become an inextricable part of risk and cost management. This technology is not only used in the construction sector, but it is being used more and more. In fact, it is often the companies outside of the industry’s production chain, such as consultants (for instance, Capital Plus and Deloitte) who have introduced these solutions to the sector.

Generally speaking, it always follows the same model. Analysis of historical data of many variables is used to generate models that help predict the evolution of a particular project fairly accurately. This makes it possible for the budget to be adjusted from the outset and for the construction company and investors to know risks specific to the operation from the start.

Construction workers are five times more likely to suffer a fatal workplace accident than those in any other sector. In addition to preventable deaths, other accidents can force them on leave from work. In short, low safety levels in construction harm both the worker – who risks their physical safety – and the company – which has lower productivity.

Once again, data and algorithms may have the solution. It is starting to be commonplace to have data scientists and artificial intelligence on site (almost). The first step is collecting the greatest amount of data possible from the workplace. To this end, the Internet of Things is bringing new possibilities for connectivity and monitoring of all kinds of elements. Wearable solutions like the ones developed by Engidi make it possible to connect the worker’s clothing or helmet with heavy machinery.

Real-time analysis of all this information by means of artificial intelligence allows for establishing behavior patterns and predictive models. For example,  the  SMARTCONSTRUCTION solution developed by Komatsu and Nvidia uses data collected in the field to develop 3D virtual models to study every hazardous situation possible.

Also, as with this case highlighted in the MIT Technology Review, other AI solutions can scan the work environment for potential security failures – smart technology to foresee accidents in the workplace.

When will the robots arrive?

The AI revolution is usually less glitzy than what we see in futuristic sci-fi films. Construction sites may not be swarming with metallic humanoids, and they may never be. However, autonomous robotics is coming to the construction sector, especially in using heavy machinery and performing dangerous or repetitive tasks, such as demolition or bricklaying, respectively.

In this area, robotization is still scarce. The San Francisco company Built Robotics is a pioneer with its autonomous machinery (a bulldozer, an excavator, and a shovel). Another example is the Danish company IPU, which designed a solution that allows for making conventional machinery autonomous, an industry-specific 4.0 technique known as retrofitting.

Exploring applications for AI and robotics in the construction sector has just begun. In the future, artificial intelligence will continue to improve in efficiency and security in the industry as data collection, connectivity, and processing capabilities grow, along with the power of machine learning – whether that’s on-site or at the office.