Asphalt with Magnetic Encoding to Transmit Signals to Electric Sc... 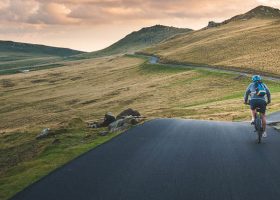 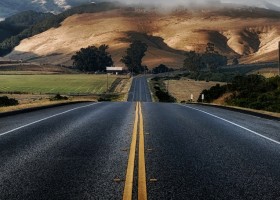 The University of Granada is working on a method to make the asphalt where scooters are operated capable of sending signals in real-time, thereby improving their safety. This would be helpful to those who use them and to pedestrians.

Personal mobility vehicles are becoming more and more common in big cities. Electric scooters are especially popular: they allow you to get around town flexibly, aren’t polluting, and are also fun. Some people pay to use them every day because they offer the versatility of a bicycle or a skateboard in a more comfortable format; in addition to that, there are numerous rental options for using them on an occasional basis. 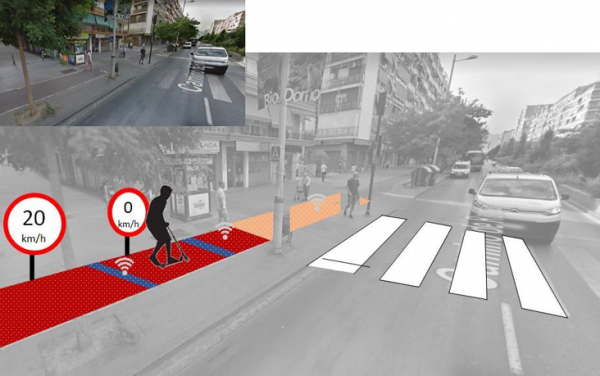 In bike lanes, the magnetic signal can be encoded under the asphalt so as to relay the maximum speed at which they should travel in different sections to the scooters.

To make using electric scooters safer, along with other modes in the future, researchers at the University of Granada have proposed a new sort of asphalted magnetic materials. This is essentially a kind of “smart asphalt” where the electromagnetic material is embedded in a particular way. When scooters and other personal vehicles go over them, they send the equivalent of a “coded signal” with instructions that the vehicle can pick up if it is equipped to capture that signal.

Among the signals that can be transmitted are warnings to slow down depending on that section of the path, and even an “engine shutdown” if there is a potentially dangerous situation. The scooter would calculate this in real-time, considering speed, braking distance, and the encoded signal received.

This invention is currently in the prototype phase, with a scooter that interacts with the asphalt and a stretch of the Camino de Ronda in Granada being tested. On that street, the bike path asphalt has been modified to incorporate the material with magnetic coding. If the scooters surpass 20 km/h, the warning to slow down is activated, and when a scooter comes to an intersection with a pedestrian crossing, a signal is sent to switch off the engine if the scooter is traveling at excessive speeds.

The magnetic material can be added in different amounts under roads, sidewalks, and pedestrian crossings; the key is to do this by creating the right codes for each area and the right signals that will reach the personal vehicles equipped to read
them. They don’t require electricity, and the tests are verifying that it will function in the event of inclement weather. 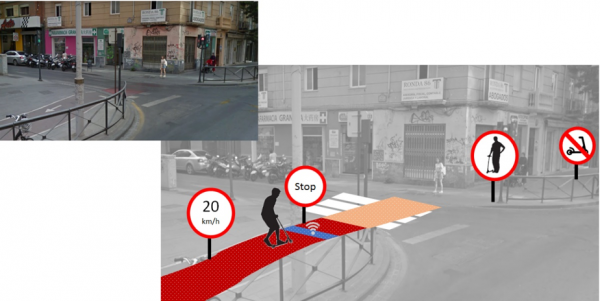 At an intersection, the signal may read STOP so that the scooter receives a signal for the engine to be shut down to prevent accidents.

In the long term, this coding system for the asphalt material may not only work for scooters and other small vehicles but perhaps also for other self-driving vehicles that could particularly benefit from receiving information directly from the roadway on which they’re traveling.

The full study that the researchers published may be found in Science Direct under the title Encoded asphalt materials for the guidance of autonomous vehicles.