Asphalt, Sweat, and Gravel: The World's Most Incredible Bike Routes

Getting from point A to point B. Since the beginning of time, this has been the identity of paths and roads. Some, like the one that connects our house with the office, go unnoticed. Others, like Route 66, have reached mythical proportions. But on a handful of paths, full of sweat and dust, it is the myths that have taken shape on two wheels.

Throughout history, there have been roads designed for traveling on foot, such as the Roman roads. Others were designed for horses, and over time, they were expanded for wagons. Today, when most roads are traveled by car, there are a group of roads designed by and for pedaling. These are the most amazing bike routes in the world.

We’ll start off strong with one of the longest cycling paths on this list. The Great Divide Route, which is only suitable for mountain biking, crosses the western part of the United States from the Canadian border down to Mexico. It passes right through North America’s Great Divide, that is, the line between the continent’s two watersheds, the one for rivers leading to the Pacific and the other for those ending up in the Atlantic.

Along 4,007 kilometers between Eureka, Montana, and Antelope Wells, New Mexico, the route crosses some of the highest points in the Rocky Mountains, the meadows that stretch on forever and epitomize the heartlands of the United States, and deserts full of cacti and tumbleweed. The road is almost always dirt and gravel, although there are stretches of asphalt. The route is entirely traversable, thanks to the work of the U.S. Adventure Cycling Association that mapped out the whole thing more than a decade ago.

Although it is paved and has a pleasant name, Friendship Highway is not a route for just anyone. Its 806 kilometers connect Nepal and Tibet, and they cross Friendship Bridge, from which the route takes its name. The bridge is a key structure between the road that links Kathmandu, the Nepalese capital, with Lhasa, the capital of Tibet, and Shanghai.

This small viaduct is at the lowest altitude on the entire route. It is located 1,750 meters above sea level. Friendship Highway goes through three mountain passes over 5,000 meters above sea level. Moreover, in case that wasn’t enough, the 2015 earthquakes in Nepal left the road badly damaged, and many of the villages that had sprung up next to it were abandoned. The reward after facing so many obstacles? One of the best views of the Himalayas.

Cadiz to Cyprus, almost without leaving your (bike) seat. On a path of 5,888 kilometers through 11 countries and 23 world heritage sites. That’s Route 8 in the EuroVelo cycle route, one of 15 major cycling routes signposted and mapped out in the European Union. Although number 8 is one of the most impressive ones, it’s not the longest path in the network.

At 5,900 kilometers long, EuroVelo 12, the North Sea Cycle Route, is not only the longest cycling route in the European network, but it’s also the longest in the world. As its name suggests, it goes around the waters of the North Sea. From the Norwegian fjords of Bergen to the highlands of Scotland and the Shetland Islands, stretches of the path in Denmark and the Netherlands include some of the continent’s best cycling infrastructure.

In the language of the Noongar aborigines, Munda Biddi means “way through the forest.” Along 1,000 kilometers of unpaved trails, the Munda Biddi Trail cuts across southwestern Australia through eucalyptus forests, granite rock formations, and unique wetlands. In fact, South West Australia is one of the sites with the highest biodiversity on the planet, with many endemic species of plants and animals.

This route is gentle, though the high temperatures of the southern summer (December to February) can make the route harder than expected, and it is only suitable for mountain biking. The trail joins the municipality of Mundaring in the hills of Perth with the city of Albany. The Munda Biddi Foundation is responsible for managing and maintaining it and has all the necessary information (including maps) available online. 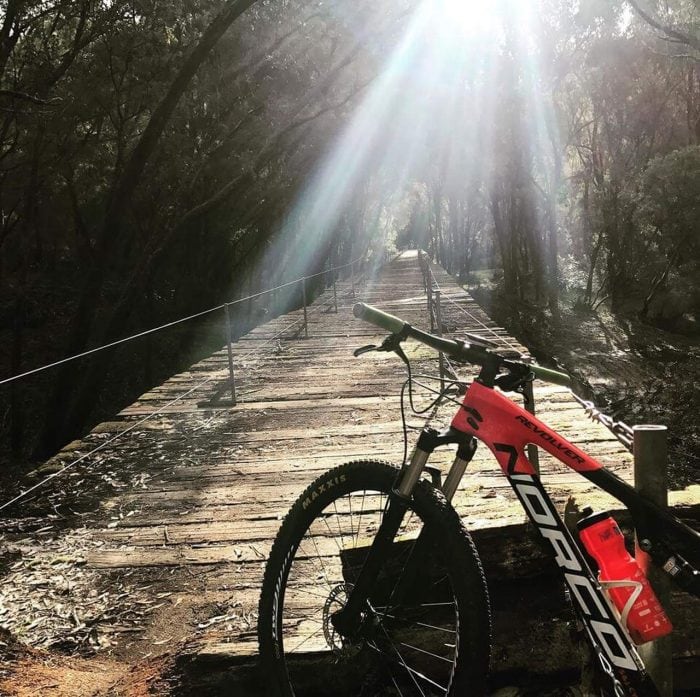 Okay, so it is today part of the EuroVelo network. But it is worth pointing out separately. And not for nothing: it’s the only one of these routes that existed long before the bicycle was invented. This set of paths for religious pilgrimage originated in the Middle Ages and connects different points of Europe with Santiago de Compostela, where the supposed relics of St. James the Apostle are located.

One of the original paths, known as the French Way, is now part of EuroVelo Route 3 between Trondheim (Norway), and the Galician city. But there are many other options for cycling. The Via de la Plata begins in Seville and crosses the Iberian Peninsula. And the Portuguese Way traverses the Atlantic coast from the Algarve. All of them consist in part of dirt roads, though there is always a paved alternative.

Although its management depends on different agencies and administrations, all information about the different Caminos de Santiago is available online on its official website caminodesantiago.gal and the platform vivecamino.com. 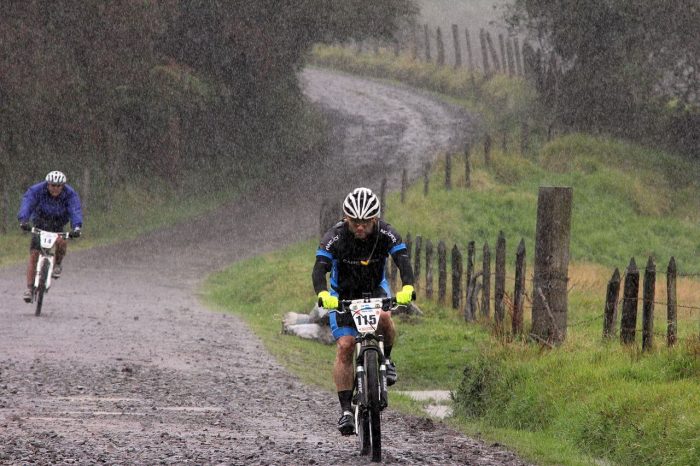 Though it can be done on your own, the Ruta de los Conquistadores in Costa Rica owes its fame to the race of the same name. This grueling ride has even defeated professional cyclists like Lance Armstrong. In fact, for years, only locals, those who really knew Costa Rica’s geography, were able to finish the race.

The original route follows the footsteps of three conquistadors through Costa Rica: Juan de Cavallón, Perafán de Rivera, and Juan Vázquez de Coronado. Designed by Román Urbina in 1993, it crosses jungles, volcanoes, spectacular mountain ranges, and flowing rivers in a little over 400 kilometers. And with the added bonus of traveling through a country that boasts 5% of the world’s biodiversity. One more reason to start pedaling.