A Carwash for Airplanes

I’m sure you’ve always wanted to know how some aircraft maintenance work is done. One of these tasks is apparently a simple, everyday matter for cars: washing the plane. But it’s one thing to drive into a carwash and something else with an aircraft with the proportions of an Airbus 320, with a 35 m wingspan and at 40 meters long and 12 meters high – as high as a four-story building. 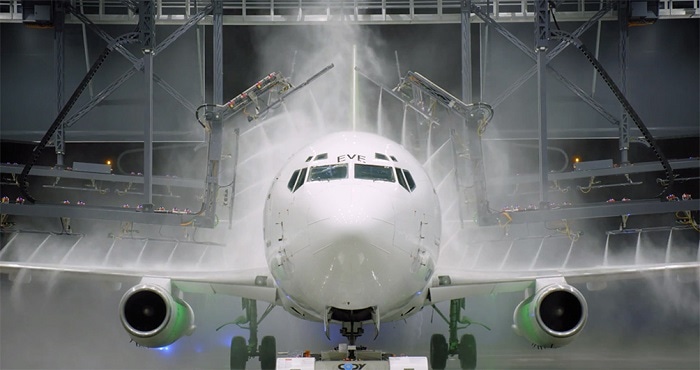 Washing an airplane is not just for looks, though this factor is always part of it. The main reason is that in winter, it must be defrosted, due to the low temperatures leading to the formation of ice along the wings, the fuselage, and the control surfaces. If the aircraft has ice on it, not only can it be more difficult to control, it can also weigh more, affecting its aerodynamics.

Dirt has a similar effect: a clean plane is a light plane; these days, when every pound counts for saving fuel – many companies also try to reduce weight with the compounds used to paint them – making it clean and shiny is not an option, but an imperative. 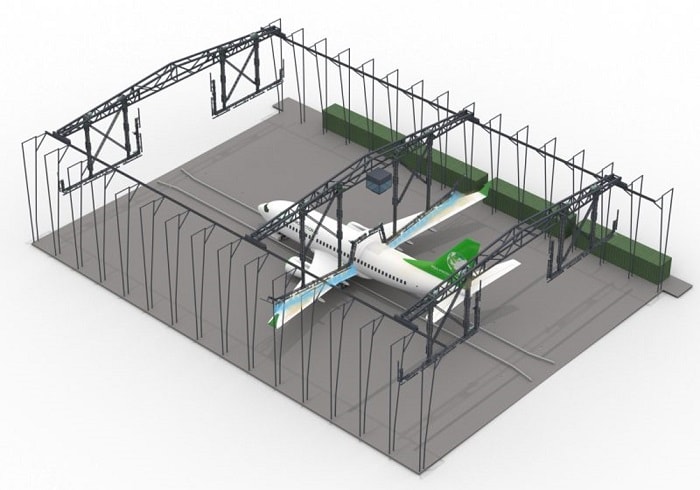 A tunnel of giant proportions

An innovation for current solutions, a Norwegian company called MSG Production has developed a system resembling a carwash for aircraft with funding from the European Horizon 2020 R&D Program. It’s being tested in Skien (Norway) and is an enormous yet simple hangar that is large enough for even the biggest aircraft. There is a huge mechanism hanging from the ceiling that is very similar to what you’d find in a carwash. With pressurized water jets and cleaning products, we could say that the aircraft goes through all the usual stages: soaping, rinsing, and drying.

The rinsing and drying phases are especially delicate because they involve removing all of the dirt and water from the most sensitive areas of the aircraft: the nose cone (the radome), the tail section, and the wings. Compressed air is used so that there is no liquid left in any area where it could later freeze. For more extreme conditions, the same system can even be used to remove sand that accumulates on a plane. 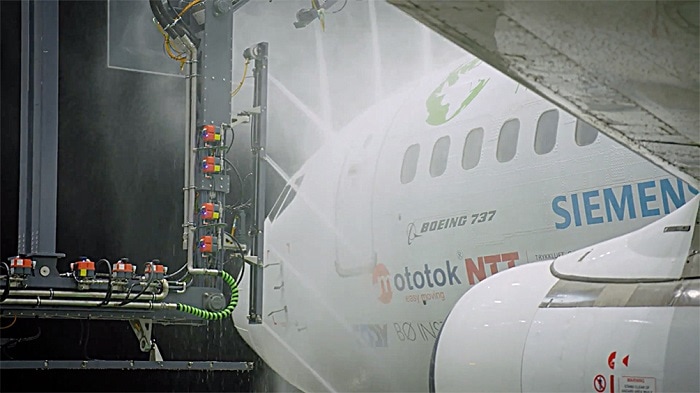 In the defrosting process, the same washing procedure is used to first remove any snow and ice from the different parts of the aircraft with special chemical products. After that, two quality inspections are carried out on the surfaces of the wings, flaps, slats, ailerons, and spoilers and on the control surfaces: the steering rudder and the depth rudder. The last step is applying antifreeze fluid.

In addition, a camera can be added to the mobile mechanism to perform one last inspection pass: this can be a conventional camera or a thermal one. On a first pass, technicians can see the status of all of the aircraft’s areas; during subsequent washes, they can automatically compare the images taken with previous ones, showing any different data and speeding up the inspection.

A fast alternative that is more eco-friendly

There are three concepts behind the Multi Solution Gate: speed, savings, and sustainability. This new system aims to make it possible to wash the plane simply by driving it under a covered hangar, with far fewer technicians, in about 20 minutes, though some of the more complicated tasks, such as defrosting and inspections, may take more time.

In terms of sustainability, all of the chemical products used in the Multi Solution Gate are biodegradable and environmentally-friendly, and its water consumption is lower.

As a kind gesture, the company that developed it offers product demonstrations literally at its own airport with its own plane (a Boeing 737), though they hope to be able to implement it commercially at airports around the world in the future.