Megatrucks: What Are They, and What Kind of Roads Do They Need? 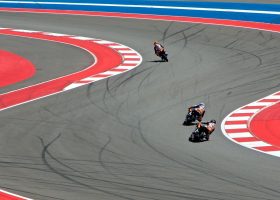 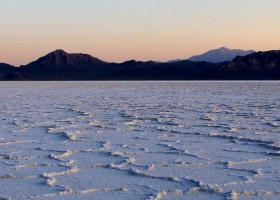 Mega-trucks and double pup trailers have been making their way across European roadways for years now, and before that, they were driving across North America. Their large size means that the unit cost of transport (the euros per kilogram transported) is significantly reduced. That’s why its use is on the rise. But this weight poses a challenge for infrastructure, which can be marred or even face structural damage.

The more mass a vehicle has, the greater are the forces put on the roadway, as well as structural elements such as bridge beams or retaining walls for roads on hillsides. That is why large trucks have to be regulated and standardized and why they often cannot be driven on some infrastructure.

What are megatrucks and other large vehicles?

Vehicles of such large sizes have been hitting all sorts of roads for decades. They are often carrying weights for which the road was not designed, as in the case of transportation by a special vehicle with the rotor blade of a wind turbine. But even these one-off cases involve a thorough pre-study and detailed maintenance over time.

The major difficulty at the mechanical level is converting these hauls by unusual forms of transportation into authorization for frequent movement of large vehicles. Between these two uses, there is an important conceptual leap: in the latter instance, the mechanical efforts on infrastructure have to be analyzed over the long-term. 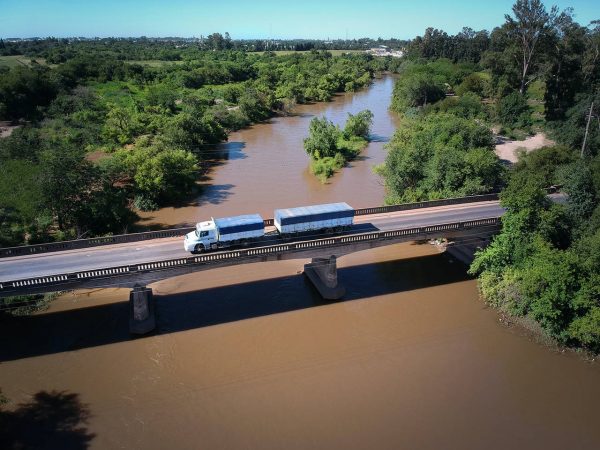 Megatrucks are, as the name suggests, large trucks that can be up to 25.25 meters long and weigh up to 60 tons, usually consisting of a tractor head with a fixed trailer 7.8 meters long and an additional trailer 13.60 meters long. It is clear that, simply because of their dimensions, they will not be able to drive on some roadways with turns that are too short.

But for some time, these megatrucks have been overshadowed by the somewhat larger “double pup trailers.” The double pup trailer has two 13.60-meter trailers and can weigh up to 70 tons in all. The difference from the “traditional” megatruck is not much, but the road certainly doesn’t notice.

The weight of the vehicle requires calculations on the infrastructure.

The sketches below, which are simplified to make the chart more understandable, show some of the forces derived from truck traffic. They are applicable to all types of vehicles, but they are particularly significant when it comes to megatrucks. Their weight amplifies forces, and not all roadways are suitable for them.

The first image shows a mountain road with a retaining wall with a truck driving along it. In blue, we can see how the weight is distributed vertically over the roadway, and this, in turn, compresses the lower layers. The vertical force is the easiest to visualize, and it is what will come to mind for most readers. But in this case, there is another consequence.

In the first image, we can also see how the load wall applies a horizontal force to keep the road in place (red). The higher the weight on it, the greater the horizontal load that acts outwards against the wall. Hence, the beams support the walls in this direction, and the tension rods go several meters into the rock, hemming the wall.

With the megatrucks, these mechanical forces increase in intensity by increasing the weight per axle, and thus the tension that each square meter of the load wall has to withstand. This is one of the reasons why these large vehicles cannot drive on all roads. The roads must withstand all kinds of forces, not just the weight on the asphalt.

In addition to the static force strictly from the weight of the trucks, the infrastructure’s calculations are greatly complicated by dynamic forces. That is, the forces from the heavy vehicles in motion. If these are high enough, they can cause damage to the asphalt and even the structural elements, such as in the case of the bridge of the second image.

When a vehicle is in motion, it also puts forces on the asphalt in the forward direction, as we saw in another article: it presses down on the roadway right behind the wheels and stresses the roadway right in front of them. The higher the mass and speed, the more force, and these can be considerable.

All of these horizontal forces, which are “traction/compression”  on the asphalt, are transmitted to structural elements like columns, pillars, and beams, as in the sketch of the bridge. In red on the reinforced concrete structure that links the horizontal deck of the bridge with the support beams, we can see how this effort is transmitted, which is now a shear.

The higher the speed and mass of the vehicles driving on the bridge, the larger the shears, which can cause serious structural damage if they exceed the allowable limits over time.

What does a roadway need to support megatrucks?

The short answer to this question: a calculation that shows that the specifications are met. Of course, this could be attributed to any infrastructure and overload. In the case of pavement, by focusing on the outer layer of infrastructure, the difference can be understood when we look at the pavement for runways.

Formally speaking, as far as calculation, use, and predicted forces, the pavement of an airstrip is virtually identical to that of a road. The differences, which are determined by all kinds of constructive and material strategies, are the applied loads. In other words, if a truck weighed 420 tons, it would need something like an airstrip to drive on.

Of course, there are no such trucks, and “only” double pup trailers reach 70 tons, making it feasible to adapt highway pavement to these new vehicles that are heavier than conventional trucks. And sometimes, it might mean not making any changes beyond expected shorter lifespans for roadways. In many cases, this means allowing the traffic of 70-ton trucks and analyzing it as a matter of infrastructure depreciation.

That said, asphalt is not the only component of the roadway, as we have seen above. Just as clearance determines which roads a certain vehicle may or may not go on, the maximum weight per axle determines which highways are not approved for megatrucks and double pup trailers. As such, we only see them on highways, not roads.

It is to be expected that, as the construction techniques and materials for simpler roads improve, we will see more megatrucks on them, just as we saw conventional trucks gaining way to mountain passes.