From Pompeii to Palmira: the circular economy is coming back around from the past

Upcycling and downcycling, zero waste, cradle-to-cradle design…  The concepts, techniques, and philosophies around the circular economy may seem new, but don’t be fooled. Over the last decades, we’ve seen a shift towards a new production approach that minimizes waste with efficiency in processes, recycling, and reuse. However, the idea of getting the maximum value possible out of resources is an ancient one.

More and more archaeological excavations are finding traces of the circular economy in the past. In those times, a city’s self-sufficiency was paramount, and recycling and reusing resources was the norm. In Roman Pompeii, for instance, leftover tiles and broken amphoras were often used in construction. In Palmira, a large commercial enclave in the middle of the Silk Road, single-use culture was non-existent.

The circular economy of the past

The concept of circular economy as we use it today stems from the 1980s. In contrast to the production model based on extracting, building, and discarding, circularity aims to create closed systems through which the economy and nature are in dialog. These nonlinear systems offer ways to use resources over and over rather than being thrown out.

This circularity is present in any living system – in nature, the use of resources is fully optimized – and is based on three principles. The Ellen MacArthur Foundation lists these as designing while reducing pollution and waste, prolonging the useful life of products and resources, and regenerating natural systems. Different productive models have been built on these pillars in recent decades, such as those applied to highway construction or packaging manufacturing.

“The notion of circularity has deep historical and philosophical origins. The idea of feedback, of cycles in real-world systems, is ancient and has echoes in various schools of philosophy”, the Ellen MacArthur Foundation writes. In the last few years, evidence has surfaced suggesting that metal was recycled in the Persian Gulf (present-day Dubai) 3,000 years ago. There’s also proof that glass recycling was common in Byzantine civilization several centuries before Christ.

Of all the archaeological findings that shed light on the circular economy’s past, two stand out above the rest. These discoveries take us to two of the most renowned cities of antiquity.

The landfills of Pompeii 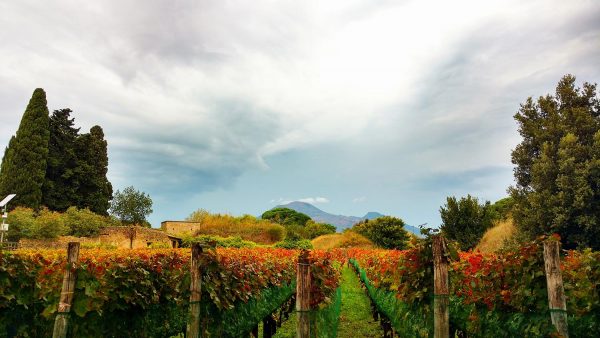 The ruins of Pompeii are a window into daily life in Roman society. | Unsplash/Pieter Biesemans

Sometime towards the end of the year 79 AD (the exact date is still debated), Vesuvius’s violent eruption buried one of the most famous cities of the Roman Empire. Pompeii had existed for centuries before, and it was to remain buried under volcanic ash and pumice until it was accidentally rediscovered in 1748. Since then, archaeological research has continued in the area, though with several interruptions.

The ruins of Pompeii offer a clear image of daily life in Roman civilization, its crops, festivals, architecture, celebrations, and even its landfills. However, recent research by archaeologist Allison Emmerson from Tulane University (United States) suggests that the landfills located outside the city aren’t what we thought they were. They are actually mounds of materials ready to be picked up and reused in construction projects.

By analyzing the soil remains in these supposed landfills, along with the materials in the walls of houses and pavement, the researchers discovered that it was common to reuse amphorae and broken tiles in Pompeii, as well as leftover mortar and plaster. The materials were used as a foundation in construction and then covered with a fresh layer of plaster to hide them.

“[Nowadays] we don’t care what happens to our trash, as long as it’s taken away. What I’ve found in Pompeii is an entirely different priority, that waste was being collected and sorted for recycling”, Emmerson explains in a recent interview with The Guardian. “The Pompeiians lived much closer to their garbage than most of us would find acceptable, not because the city lacked infrastructure and they didn’t bother to manage trash but because their systems of urban management were organized around different principles.” Principles of circularity. 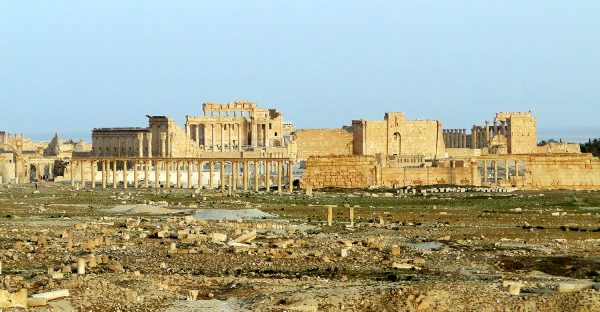 Ruins of the Temple of Bel in Palmira. | Wikimedia Commons/Bernard Gagnon

Almost 250 kilometers north of present-day Damascus, the imposing columns and arches of an ancient city stand in the middle of the Syrian desert. Its splendor was such that, even today, 1,700 years after the armies of Emperor Aurelian wiped it off the map, it is one of the great archaeological sites of the entire world. The city of Palmira boasted commercial splendor. It was a central enclave on the Silk Road, as well as a sustainable, self-sufficient city.

“Ancient societies were forced to operate in many ways based on circular principles”, explains Rubina Raja, director of the Centre of Excellence for Urban Network Evolutions at Aarhus University, which is spearheading the international project, ‘Circular economy and urban sustainability in Antiquity.’ Her work at Palmira has eliminated all doubt.

The city, which is located in the middle of the desert, depended almost exclusively on caravan trade. Resources were scarce and highly valued. This meant that reusing and recycling was the norm. As in the Byzantine cities, recycling glass from broken containers was common in Palmira. Archaeologists from Aarhus University found conclusive evidence that street pavement was made up of shards of pottery and even bone.

The study is still underway and will follow the trail of the circular economy through other ancient cities. The growing body of evidence suggests with increasing certainty that the production models of the past were circular. The need for resources and their value drove productive efficiency, reuse, recycling, and minimizing waste much earlier than previously thought.