The 800-Year-Old Castle That Treasures Freedom: The History of the Louvre Building

Paris had grown a lot since the Viking pillaging in the eighth century. The city could no longer be contained by the walls built by King Odon, or perhaps Robert I. The sources weren’t clear, but that didn’t matter. What was clear was that the kingdom’s capital needed a new wall. Times had changed, and the defenses needed reinforcement, especially the ancient walls near the Seine River.

Philip II, also called Philip Augustus, made the fortification of Paris a top priority during his reign. Work began right at the weakest point in the walls around 1190, shortly before the king departed for the third crusade. There, where the city’s defenses met the Seine, a fort was built. It was an austere, square building with defense towers on the corners and in the center of each side. There was a large tower in the middle of the courtyard.

Thus was born the Louvre Castle. The foundations were laid for what would become one of the great art museums on the planet six centuries later. Only the remains of the medieval Louvre are left. It was gradually absorbed into the growing city, no longer outside the wall. It started to be used increasingly as a royal residence rather than a defense garrison. The first modifications to the original design came quickly. 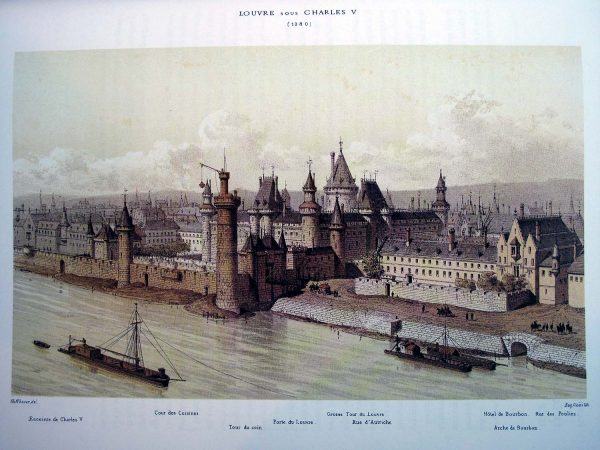 A royal residence and liberty

The late Middle Ages and the first swells of the Renaissance saw reforms, but major reconstruction came with Francis I of France. This king was a patron of the arts, and he adored the Italian Renaissance. He supported Leonardo da Vinci, among others. In fact, under his reign, the French state got possession of the Mona Lisa, today the most famous piece in the Louvre.

After years of conflict, Francis I decided to restore Paris’s former significance, and in 1528, he made the city his main place of residence. One of his projects was to reform the old fortification of the Louvre, though it was never completed. Renovations were carried out over time with new galleries, patios, and buildings built until the castle was unrecognizable.

Even after King Louis XIV decided to move the court to luxurious Versailles, the Louvre Palace was still used as a second residence. It was also the Sun King who ordered the completion of construction on the so-called Cour Carré, a courtyard surrounded with pavilions. It was built in the space once occupied by the Louvre Castle.

The transformation of the original Louvre Castle into today’s Cour Carré. | Wikimedia Commons

During the 100 years after the court’s move to Versailles in 1678, the Louvre gradually lost its prominence. It would become an important piece in history one fine day in 1789. The French Revolution exploded in Paris, and the seat of government returned to the Louvre. From then until 1870, the various regimes that controlled France did so from the halls of the Tuileries Palace, which is part of the Louvre. Today, few remains of the palace are left; it was demolished in 1883.

On July 27, 1793, with the revolution at a fever pitch, a decree issued the Louvre’s mission, which it still carries out to the present day. On that day, the Muséum Central des Arts was created. It was inaugurated on August 10 that year. After Napoleon I’s coup d’ éte in 1799, the Louvre was renamed the Napoleon Museum, but it carried on as a global center for the arts.

In the midst of France’s political turmoil, Eugéne Delacroix painted one of the iconic paintings of the revolutionary century, another famous piece now in the Louvre: Liberty Leading the People. The painting depicts the liberal revolution of 1830. In that revolution, the Tuileries Palace was looted, but the museum’s artworks were not touched. The following year, the museum acquired the painting. 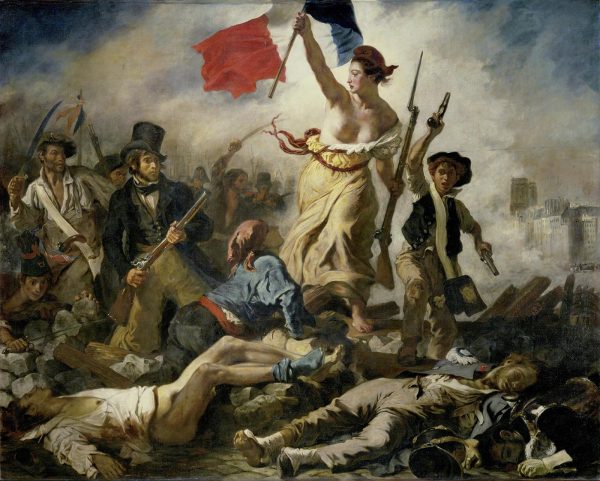 Napoleon I’s reforms were the last modifications the Louvre complex underwent until well into the twentieth century. However, the interiors were adapted and updated to accommodate the museum’s growing art collection. Today, the museum’s more than 72,000 square meters house some 35,000 pieces of art from every human age, on display for the whole world. Besides exhibitions, the collection includes 380,000 works of art.

Today, the Louvre is the most visited museum in the world (9.6 million people visited it in 2019). Its recent architectural history has seen the construction of a large glass roof.

Since previous renovations in the 19th century, the Louvre Palace had kept an almost rectangular shape. This was divided into the east wing (the Cour Carrée and the oldest buildings) and two west wings, including the Cour Napoleon and the Cour du Carrusel. In 1983, French President Francois Mitterrand proposed renovating the Louvre as one of his main projects. This would make all of the buildings available for the museum’s use (the Ministry of Finance was previously located there).

Architect I. M. Pei’s Project was chosen. It consisted of a large glass pyramid over a new entrance in the center of the Cour Napoléon. The Louvre pyramid has a 1,000-square-meter base and a structure of metal and glass, and it is composed of 603 rhombuses and 70 triangles, all of which are transparent. It was inaugurated in 1989.

Since then, it has become one of the museum’s main attractions, along with the Mona Lisa and Delacroix’s revolutionary painting. It was designed to welcome 4.5 million visitors annually, but those expectations were exceeded. Eight centuries after Philip Augustus decided to renovate Paris’s defenses, the fort’ foundations have become one of the great centers of global culture.