Brands Want To Be Heard 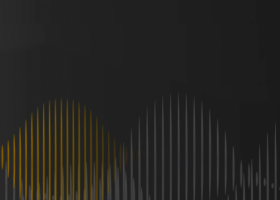 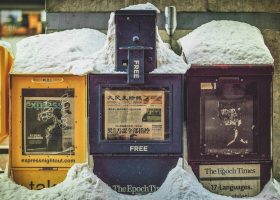 2020 will go down in history as one of the most dynamic years ever for the audio industry. The global pandemic brought uncertainties to every market, but given podcasting’s fledgling nature, what would happen with it was anyone’s guess. Now, almost six months after the country went into confinement, there’s enough data to show that the health crisis has accelerated the world’s digital transformation. This process has seen the world of audio unfold as a major vector of growth.

According to recent reports from the Deloitte consulting firm, podcasts are growing annually by 25% to 30%. It is projected to continue at this rate for the next five years. In 2020, podcasting may generate $1.1 billion worldwide. The most interesting part about this is that growth won’t come from the United States, a leader thus far, but from emerging markets such as China, Asia-Pacific, and Spanish- and Portuguese-speaking countries in the Americas. They will all drive digital audio with three major products: music, audio books, and podcasts. Podcasts are likely the most popular format among brands today, as they’re an innovative, deep, adaptable way to tell stories.

The term ‘branded podcast’ was coined in 2015 by Canadian company Pacific Content. In that instance, they were talking about podcasts created and funded by an advertiser (brand), even if the content of each episode wasn’t necessarily directly linked to that advertiser’s products or services. There was a conceptual connection and synergy between the brand’s values and the podcast’s values. It’s a question of soundly transposing the concept of ‘branded content’ that’s become so well-known in the media and creative agencies. It’s to the point where a company as big as The New York Times opened T Brand Studio a few years ago. It is its own sort of agency that tells stories for brands like the Times globally in an innovative, effective way.

What happens if we convey quality, creativity, depth, value, and narrative tension via an audio format so that a brand can inform, innovate, educate, transform, or move not only its customers but larger audiences? The result is some of the world’s best-known brand podcasts: The Message, a fictional story co-created by General Electric and written by playwright Mac Rogers that follows a fictional podcast called Cyphercast starring cryptographers investigating mysterious alien broadcasts; DTR (Define The Relationship), Tinder’s official podcast in the United States that explores the world of virtual dating and how to think about love in the 21st century, and The Sauce, the podcast McDonald’s used to apologize to its customers.

A 2017 study done by Crowd DNA and Spotify found that 81% of users had taken action after hearing audio ads during a podcast. These actions included the three that every brand wants to see: searching for the product online, connecting with the brand on a social network, and talking about the brand with others. In other words, audio advertising made it possible to discover a brand, make it social, and ultimately make it relevant.

Last year, BBC Global News launched another study with Neuro-Insight called Audio Activated. It found data that supported the effectiveness of branded podcasts: 94% of listeners consumed podcasts while doing other things. This way of listening increased brand commitment. Listeners are active, and this activity made them more responsive.

Brands are starting to understand that these podcasts are a tremendously effective way to reach an audience that would otherwise be quite difficult to reach. Sometimes, it takes time to tell the great stories that brands invest in and generate. The rhythm of podcasts is perfect for this.

How to turn consumers into listeners and vice versa? Telling great stories with great talents behind – and in front of – the microphones. If this creative part of the podcast format is combined with personalization and a significantly lower cost than other formats like video, it is no surprise that more and more companies are moving to audio as an authentic means to capture new audiences.  The new golden age of audio has burst onto the scene, and the podcast is clearly one of the biggest trends. Long live the branded podcast.