Sunset has always been linked to romance, and great writers have fed the flames of this relationship for millennia. The connection between night’s arrival and the world of dreams and desires can be found across all cultures. As humankind’s architectural feats have gained ground on the cultural and social stage, these spaces have also become vantage points for celebrating Valentine’s Day as night rolls around.

Sunset at the Roman Forum

The Roman Forum is a thousand-year-old site dating back to the 7th century BC. Its columns and triumphal arch have survived the fall of the Republic, the Empire’s collapse, and the plundering that took place during the Middle Ages. As deep golden light bathes the western face, shadows grow longer on the eastern pavement until the Capitoline Hill sweeps across the plaza.

Nowadays, couples can enjoy fantastic views on Valentine’s Day as the Sun sets, kissing the Temple of Saturn and turning the Arch of Septimius Severus into a striking figure silhouetted against the sky a few minutes before disappearing. This site and the city’s other magical locations make Rome an especially romantic spot. 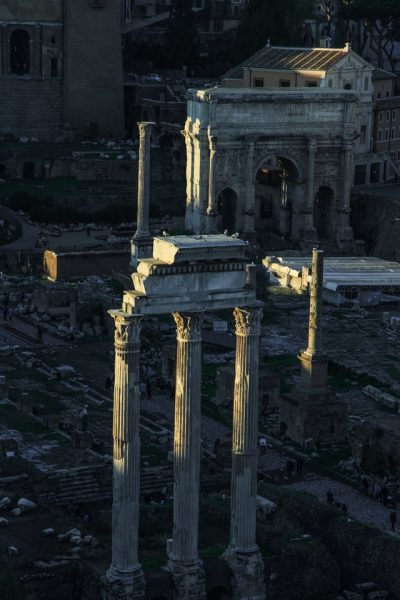 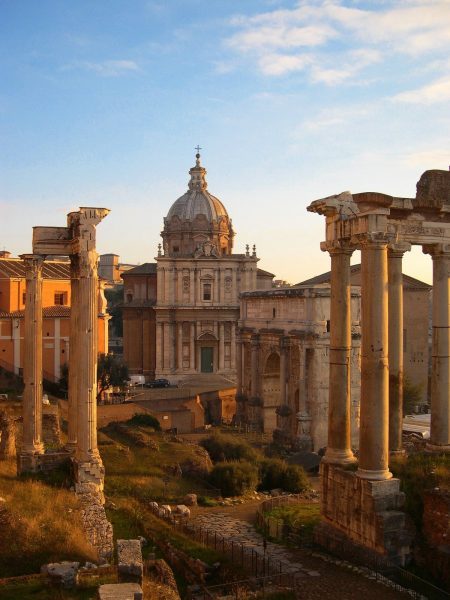 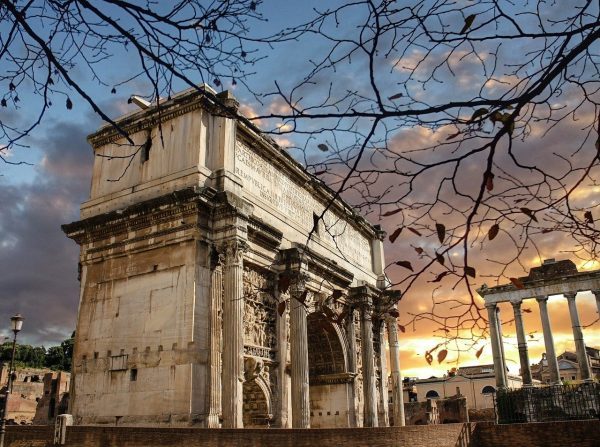 The Brooklyn Bridge in the evening

East River Park in New York offers one of the slowest, beautiful sunsets on the planet each and every afternoon. They are slow because the Sun dips calmly behind the wooded landscape of skyscrapers that’s behind the Brooklyn Bridge’s shadow, and Manhattan Island lights up as the daylight grows dim. During ‘Manhattanhenge’ – also known as the Manhattan Solstice – the Sun aligns with the urban layout a couple of times a year.

From the Brooklyn Bridge itself, which stands higher than the park, you can enjoy the sight for a few minutes and say goodbye to the Sun between the orange gaps between buildings and the reddish reflections on their glass, turning the city into a kaleidoscope. If you’re waiting for just the right moment to steal a kiss, this is it. 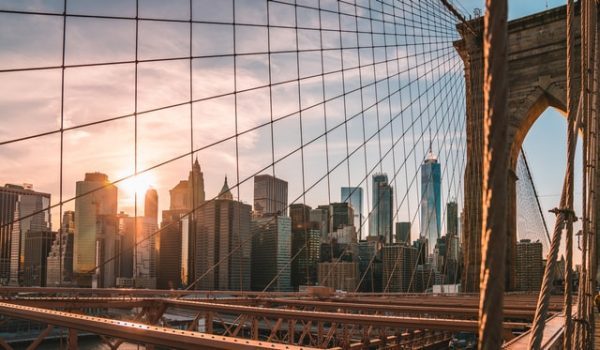 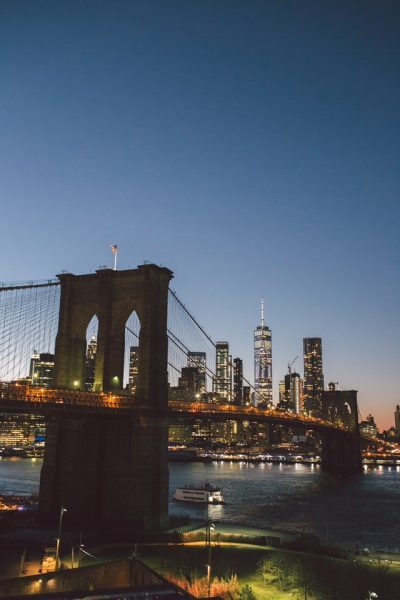 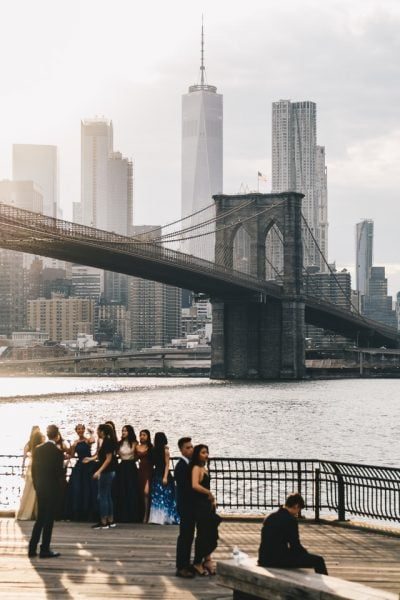 Madrid’s sunset at the Temple of Debod

The Temple of Debod was a priceless gift from Egypt to Spain as thanks for assistance in preserving the country’s heritage. For decades, it has overlooked one of the most outstanding views of Madrid. Laid out from east to west over the Parque del Oeste, it lines up perfectly with the sunset so that the shadow cast by the temple stretches out across both arches.

Next to the temple, a metal railing marks a crossbow-shaped lookout, which points to impressive views of San Isidro park to the south and Casa de Campo to the east. In the thin line between these two tree-filled areas, the Sun hides behind the Sierra de Gredos, leaving green covered paths in the cover of darkness. A perfect time for a passionate embrace. 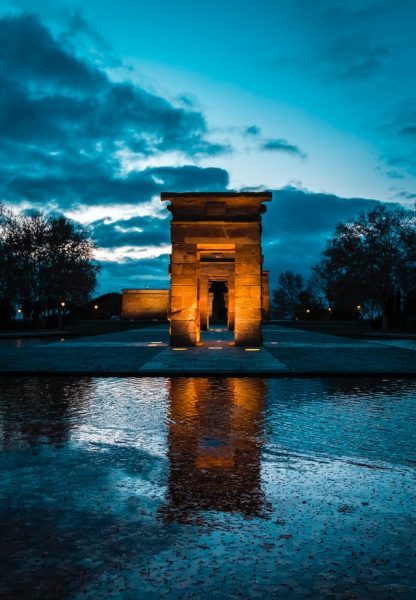 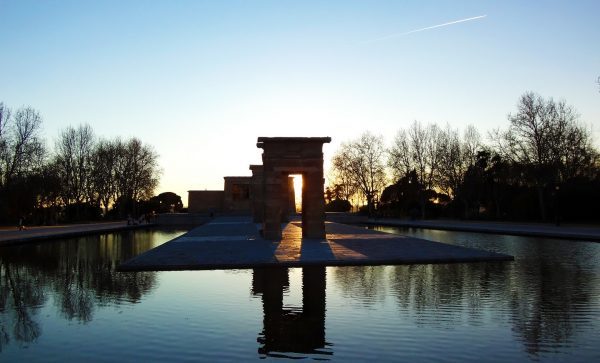 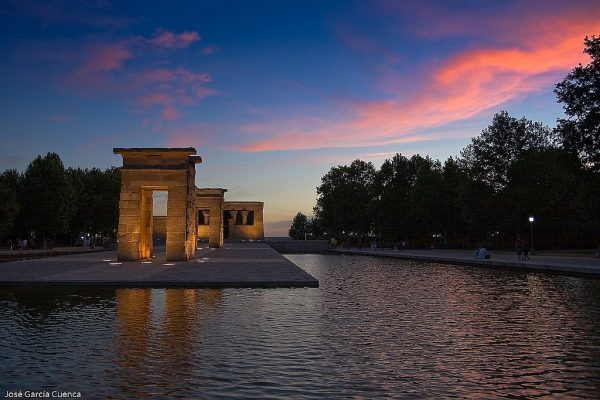 Lugard Road, a high lookout above Victoria Peak Garden in southern Hong Kong city, has breathtaking views. On a clear day, this enclave offers a panoramic view of the city with the most skyscrapers on the planet. As the Sun sets, it is hidden to the viewer’s left. Couples can marvel at an electrifying gradient of all shades of red and blue spanning the horizon.

The city lights grow brighter as the blue sky fades to ocher and black. Then, the landscape that was full of glass and reflections of the sea gives rise to a futuristic aesthetic typical of cyberpunk films. Shortly after, night falls and is lit up until dawn in this city that does not sleep. 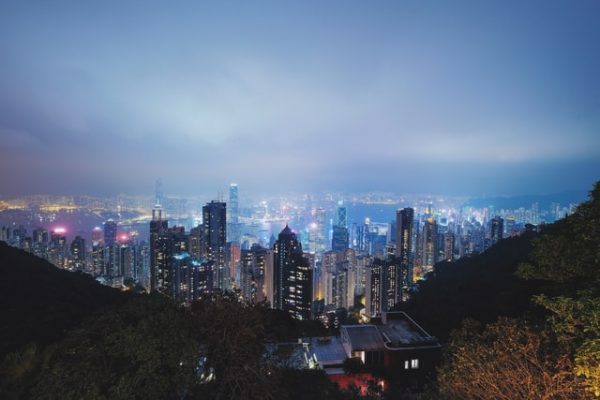 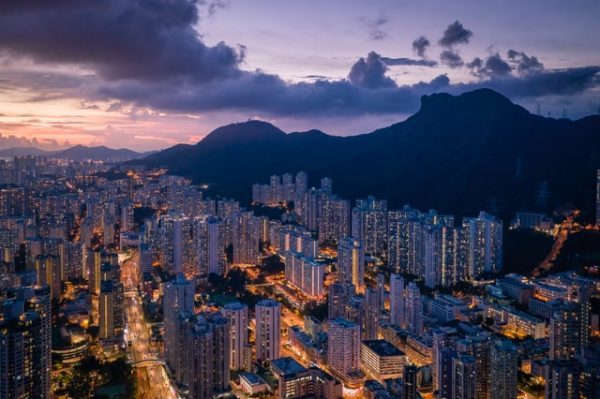 The Taj Mahal by night

The Taj Mahal symbolizes Shah Jahan’s eternal love for Arjumand Banu Begum (Mumtaz Mahal), who died while giving birth to one of the Mughal Sultan’s sons. This striking building fills with tourists at dusk on Valentine’s Day. The north-south axis of the gardens before it, coupled with the elevation of the terrain above the Yamuna River, make the Taj Mahal glow white throughout the day and grow red at night.

Once the Sun has reached its zenith and begins to descend, the building blushes and takes on a deeper tone. The nooks and crannies of its facade are more clearly defined with each passing hour, increasing the angled chiaroscuro of its exquisite clefts. If you’re lucky, you will see how the reddish light is overtaken by a lunar blue when the sunlight is gone, giving the place a dreamlike halo. 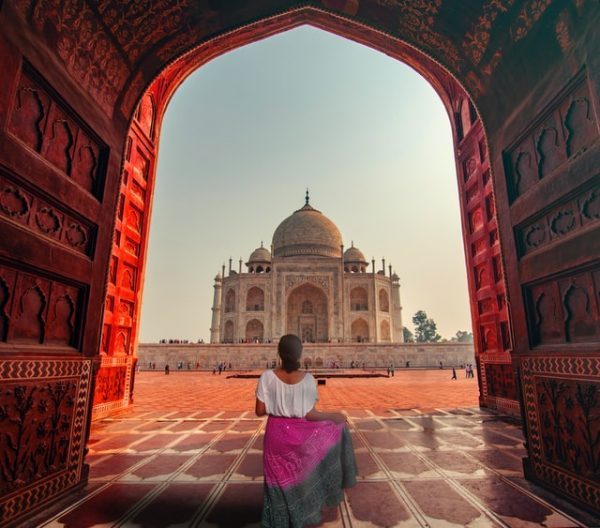 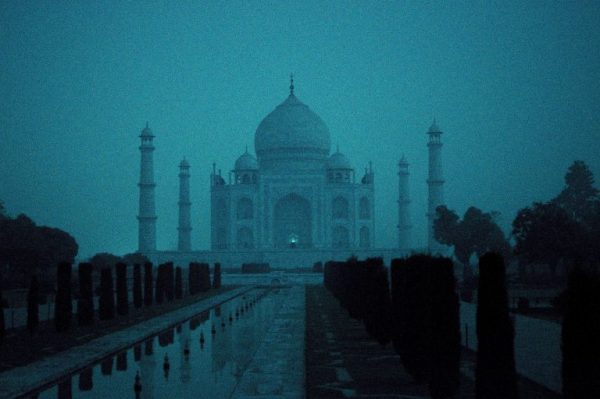 Dusk in Dubai through the mist

Few sunsets beat those from the top of Dubai’s skyscrapers. Dubai looks out over the Persian Gulf, and if you’re lucky enough to be at the right elevation with a clear line of sight, you can see the Arabian Gulf stretching out endlessly before you. This view can even get better in bad weather like a sandstorm or a sea of clouds.

This phenomenon is more common at dawn, but if you are lucky enough to see it during sunset, you will see how the water disappears and gives way to a fluffy red horizon that reflects the Sun’s color as it sets. The Burj Khalifa spire towers over everything else. 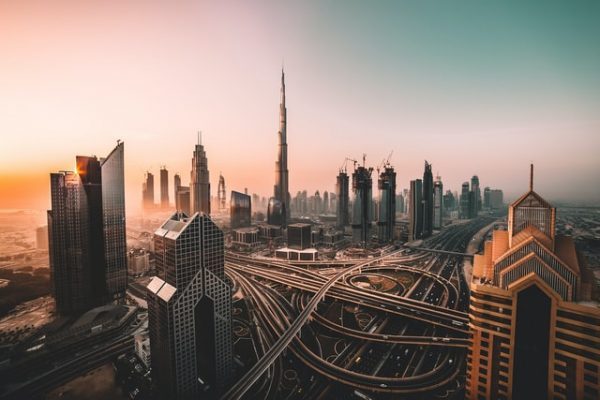 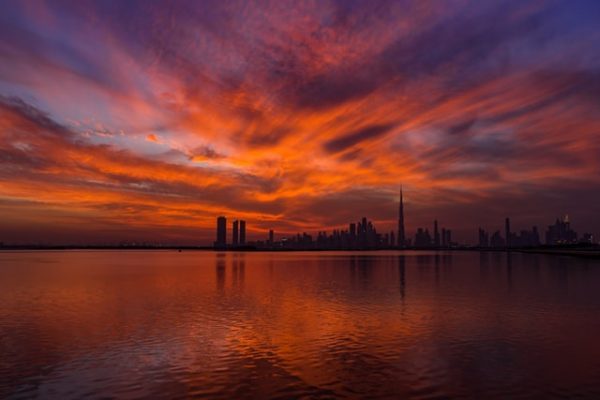