Five Board Games Where You Can Build Your Own Empire

Roads, towns, cities, and even great civilizations. Some of the most famous and addictive board games are based on building properties in hopes of dominating the board and crushing your opponents along the way.

The goal is always the same: being the smartest when it comes to getting resources and being the most skillful at managing them. We’re taking a look at the funniest and most interesting games:

Settlers of Catan, or just Catan, is one of the most famous German-style games (also known as Eurogames) in the world. Players must collect five raw materials – stone, clay, wool, wood, and wheat – and use them to build roads, villages, and cities as the game progresses.

To be the best at Catan, it’s important to come up with good strategies and skillfully negotiate with the other players, though you can’t forget that in the end, it can all come down to luck. The player who gets to ten victory points with their domains and rewards wins.

Catan is captivating because it’s easy to play from the start, and it also gets harder as players gain experience. On top of that, no two games are alike: the board changes each time, and the dice ensure that everything else is up to chance. That’s how the roads and civilizations built in each game of Catan end up entirely different. 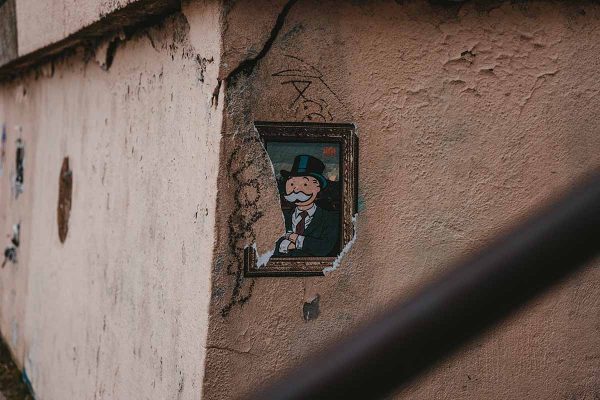 Become the owner of the city by buying entire streets and neighborhoods, then building houses and hotels and crushing anyone who has the misfortune of passing through. The rules of Monopoly need no introduction: it’s one of the most popular games in the world and has a presence in many countries.

However, not everyone knows about Monopoly’s history. To tell it, we have to go back to the United States in 1904. A young activist named Elizabeth Magie patented the game that would be its predecessor, ‘The Landlord’s Game.’ However, Elizabeth Magie didn’t expect to awaken capitalist cravings with this game – quite the opposite. She sought to raise awareness about the dangers of monopoly and to show that rents end up enriching the owner and impoverishing tenants.

The game began to be marketed at the beginning of the last century, and it wasn’t long before it became popular. In the decades that followed, different versions emerged with variations to the rules and dynamics of the games. One of them was the Monopoly we know today.

In this game, which bears many similarities to Catan, the goal is to lead the most advanced civilization across three different eras and make its mark in history. Therefore, players must ensure that their empires not only have cities but libraries, shops, and a good army, as well.

At the start of each game, each player receives a card that puts them in charge of one of the civilizations that built the seven wonders of the ancient world: the Hanging Gardens of Babylon, the Colossus of Rhodes, the Temple of Artemis, the Mausoleum of Halicarnassus, the Lighthouse of Alexandria, the statue of Zeus in Olympia, and the Great Pyramid of Giza.

At the end of each era, the advances made by each civilization are compared. The winner is revealed at the end of the third era when players finally count their victory points. Seven Wonders is addictive because it is simple and quite dynamic. It lets you travel back in time and imagine what it would be like to build the great empires of the ancient world. 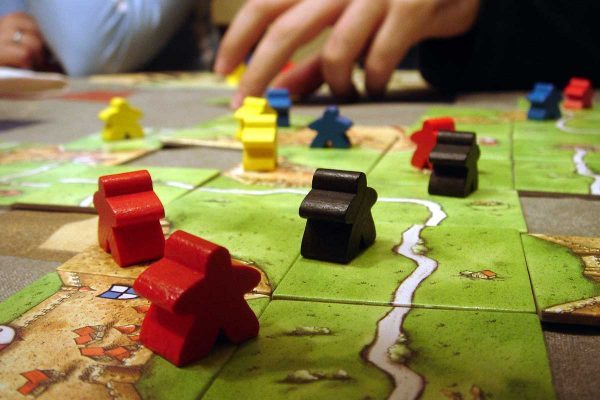 The city of Carcassonne in southeastern France is famous for its walled citadel and a large castle. With this image as a guide, Carcassonne players try to make their fortune by building cities and monasteries and cultivating the region’s farmlands. Little by little, the landscape surrounding the famous medieval city comes together.

Peasants, knights, monks, and even bandits come into play. Everyone has an important role to play in determining the ultimate victory. As with the previous games, winning Carcassone requires a strategy, but chance always comes into play.

In this game, no houses, towns, or cities are built. The main objective is to build the best rail lines in the United States, providing the country with infrastructure and modes of transportation.

By the end of the game (which usually doesn’t last much more than an hour), the player who has connected the most cities and made the longest routes wins. In other words, the winner is whoever ends up controlling most of the board with their trains.