What Does President Biden’s Infrastructure Plan Entail, and Wha... 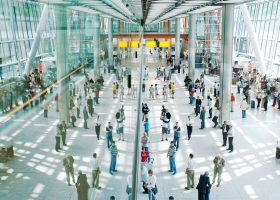 On March 30, 2021, President Joe Biden launched his infrastructure plan. This $2 trillion plan aims to renovate and improve the country’s infrastructure. In the President’s own words, this is “a once in a generation investment.”

The plan combines both direct investment and tax incentives; its objectives include the fight against climate change through the acceleration of adopting new, cleaner energies.

According to the US executive, the plan’s cost will be offset by improvements in companies’ performance and the higher amount of corporation tax collected. Based on the administration’s calculations, the 8-year spending plan will pay off in 15 years.

Now, the plan has to be approved by lawmakers. As on previous occasions when this type of infrastructure investment plan was proposed (no further than President Trump’s plan, which I also posted about), the plan has elicited criticism among the opposition. In this case, it is mainly due to the implications of higher corporate taxes, despite both parties’ current negotiations on the plan. The government’s goal is to have it approved after the summer.

What are the plan’s key points?

The plan includes investment in transportation infrastructure, broadband, electric transportation, and housing, as well as investing in worker training and social measures.

Here are a few examples of how the funds are going to be distributed: $180 billion for research and development; $115 billion for bridges and highways; $85 billion for public transit; $80 billion for railroads, both passengers and freight; $100 billion for broadband; and $111 billion for water-related infrastructure. Other initiatives that stand out include the electrification of 20% of the country’s iconic yellow school buses, as well as $300 billion in aid for advanced manufacturing to compete with China’s looming influence.

The fight against climate change is supported through renovations on the two leading sources of emissions in the country: cars and the power plants that produce electricity. The plan sets forth a firm commitment to increase the use of electric vehicles: it includes a budget of $174 billion to encourage the production and acquisition of electric vehicles through tax incentives and other benefits for companies that manufacture batteries on US soil instead of in China. This budget will also be used to build 500,000 electric charging stations.

$100 billion is also slated for programs to update the electricity grid and improve its reliability. It also requires a certain percentage of the energy produced to be from carbon-free sources, like wind, solar, and potentially even nuclear power. Other measures aim to support the oil industry’s transition to clean energy.

As for ports and airports, the plan includes a $42 billion investment, some $25 billion of which would go to airports.

This money would go to improvements to air traffic control and the “Airport Improvement Program” (AIP), which already exists to bring federal funds to airport improvement and expansion projects.

The plan explicitly refers to improvements in terminals and multimodal connections, which would bring cheap, comfortable ways to get to the airport besides driving; according to the document, US airports are behind their competitors in this regard.

According to estimates by ACI North America, the investment needs for airports are around $115 billion over the next 5 years. ACI also estimates the pandemic’s impact through March 2022 to be at about $40 billion.

This infrastructure plan is on top of the government’s airport aid plan of $20 billion that’s already underway, since its approval through 3 laws passed in 2020 and 2021. This substantial federal aid marks a different strategy from what is being done in Western Europe, where airports have received little or no contributions from state coffers.

Therefore, not all those needs will be covered by this plan. Despite this, ACI has given the plan its support and considers it to be quite a positive one.

What does this plan mean for US airports?

Regarding airport infrastructure, the plan clearly emphasizes promoting the growth and improvement of infrastructure based on sustainable solutions that reduce carbon emissions. This requirement is becoming increasingly visible throughout the Western world; now, the United States government is promoting these initiatives in the largest market in the world.

Following the Covid-19 crisis, aviation is facing the challenge of recovering and doing so in a more sustainable way. While airports represent a small fraction of the industry’s global emissions, they are strongly committed to reaching zero emissions by 2050.

Major European airport operators have already participated in this type of project for several years. Ferrovial Airports is among them in having already achieved carbon neutrality at all the airports it manages. It has done so through initiatives like the electrification of the fleets of vehicles that operate at airports and restoring natural spaces to capture more CO2.

How can Ferrovial participate in these goals?

For years we have identified value levers for carrying out airport projects in the United States, such as: improving the passenger experience through world-class operations; improving the commercial selection available to users; and the ability to design and build modern, efficient airport infrastructure in complex operating environments. International experience and leadership in developing sustainable infrastructures is now yet another such lever.

We’re already part of several projects and initiatives aimimg to transform the map of mobility in the United States. For example, there’s developing a network of vertiports in Florida for electric aircraft operations featuring vertical take-off and landing maneuvers; this is the first in a series of disruptive initiatives we’re working on in the United States. We’re also part of a consortium that seeks to promote developing the hyperloop, which is expected to be powered by clean energy.

In conclusion, we see President Biden’s plan as an opportunity that infrastructure companies already in solid positions in the United States can contribute to.