Hydrogeology is the science that studies aquifers, their replenishment, movement, and circulation. We can’t forget that the volume of groundwater is much higher than that of the water in our rivers and lakes, though we sometimes forget about it because it’s not so obvious.

These days, and recurrently in recent years, we see shocking images of tons of dead fish in Mar Menor. Much is said about its possible causes and who may be to blame. The problem’s origin is complex and historical, as Professor José Luis Garcia Aróstegui, a scientist at IGME-CSIC and an associate professor at UMD, recently explained on a Murcia television station.

What is clear is that the problem of Mar Menor cannot be solved without acting on the aquifer, especially its most superficial stratum. That layer is also called the quaternary stratum because of the materials that compose it: sands, silts, clays, and gravel, as José Luís Garcia said. This aquifer occupies the entire area of Cartagena, about 1,000 km2. One important part of this aquifer’s discharge zone is none other than Mar Menor.

The origin of the problem in Mar Menor

Irrigation has been practiced in this area for more than a century, basically with groundwater at first. In those years, the aquifer was overused. The main result was the drop in the water table and the hydraulic imbalance with the neighboring Mediterranean Sea. This produced an effect of marine intrusion in the upper aquifer in the 1960s and ’70s, increasing its salinization. Brackish water can’t be used directly for irrigation without first going through a desalination process at a desalination plant for brackish water.

Then came the water from the Tajo-Segura diversion project when construction was completed in 1978. And of course, farmers preferred this water for its quality. Since groundwater was no longer used, the levels rose, addressing the problem of marine intrusion naturally. However, the opposite problem appeared: the aquifer began to flow into Mar Menor.

The rise in the aquifer’s levels continued until the 1990s. Since then, it has stayed more or less stable, varying in times of more or less rainfall, or use and replenishment. This is because the aquifer’s use never fully stops, given that it is a resource that complements the diversion. It is basically used in times of higher drought, but it requires desalination plants due to its high salinity. 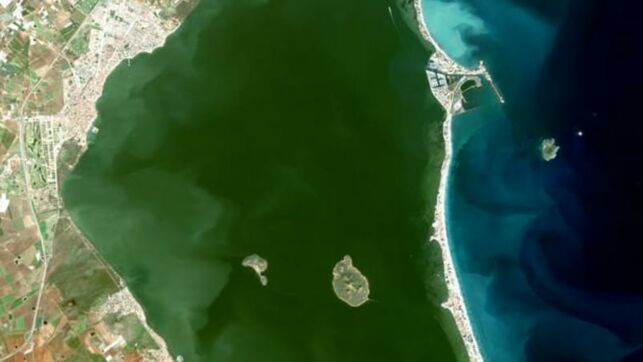 All this time, agriculture has kept expanding, and the addition of nutrients as fertilizer hasn’t stopped. This process of extraction, fertilization, irrigation, and infiltration over the decades has only increased the concentration of nutrients in the aquifer. Nitrates are particularly notable, but these also include other essential nutrients for life, such as potassium, magnesium, sulfates, calcium, etc.

Desalination plants for both seawater and brackish water generate a high-quality permeate and a concentrate or brine that must be managed properly. Here, this was not always the case, and these brines that are loaded with salts and nutrients were discharged back into the aquifer, thus making the problem worse.

Recently, the aquifer’s use has been further reduced due to the pressure in the direction of the desalination plants, and the water table has risen substantially. As a result, the brackish water emerges and flows through the watercourses to Mar Menor, loaded with nutrients.

These added nutrients lead to heavy eutrophication of the lagoon. Simply put, there’s an imbalance in the ecosystem: the nutrients promote the proliferation of algae, which later die and are broken down by bacteria that consume oxygen from the water. The lagoon goes into anoxia, and fish and other organisms die from lack of oxygen. We’ve all seen the result on television: turbid waters, tons of rotting biomass, and the area’s environmental and economic deterioration.

What solutions can science and technology offer us?

The solution to this vicious circle is anything but simple. In the short term, one solution would be artificially reducing the aquifer level – essentially pumping water through brine pipelines out to sea. However, this infrastructure doesn’t currently exist, and developing it won’t be easy.

Over the longer term, we have to think up innovative technological solutions that will allow us to take advantage of that water and its nutrients. After all, it is quite paradoxical for us to remove the salts and nutrients from the water through conventional osmosis processes and then have to return many of those same nutrients for irrigation.

Within the framework of the collaboration agreement signed with the Massachusetts Institute of Technology (MIT), Ferrovial and Cadagua are studying the techno-economic feasibility of treating this groundwater by a combination of processes that will enable selective desalination. This would involve retaining the ions that are beneficial and necessary for plants in the irrigation water, such as calcium, magnesium, phosphate, sulfates, and of course, nitrates.

The process combines an initial stage of electrodialysis, which uses selective monovalent membranes, and a second stage that would treat the matter rejected in the first stage using electrodialysis with bipolar membranes. This way, we would obtain irrigation water that’s rich in nutrients and a by-product where unwanted ions like sodium and chlorides would be concentrated. This concentrated flow could even be used to manufacture caustic soda and other compounds that are of industrial interest. 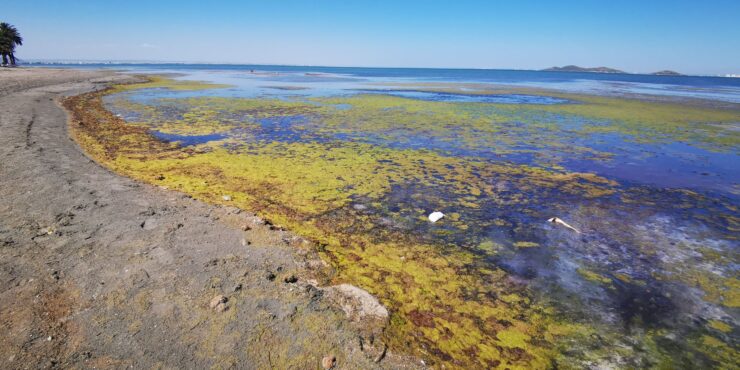 The advantages of developing this technology would have multiple environmental and economic benefits:

This innovative solution would be of interest in other areas of the peninsula where there is high agricultural pressure and a shortage of fresh water, such as in Almería, where there are more than 30,000 hectares of greenhouses.

Envisioning the solution to Mar Menor’s problem doesn’t seem easy in the short term. However, that doesn’t mean that we have to stop thinking about medium-and long-term solutions that are sustainable both for the environment and for society.