The Climate Change Map: Which Cities Will Have the Most Sea Level Rise?

Images of iconic cities submerged under water were, until now, limited to dystopian novels and science fiction. However, science has confirmed that a future where water covers many of the streets we now walk on may be near.

NASA has developed an interactive map that shows the expected rise in sea level for the next 130 years in different parts of the world, based on data from the Intergovernmental Panel on Climate Change (IPCC)’s sixth report.

Browsing this map gives us an idea of how our coasts and cities may change, depending on the course of climate change.

Why does sea level rise?

The latest IPCC report’s conclusions leave no room for doubt: whatever we do, average temperatures will rise by 1.5 to 2ºC from pre-industrial levels over the next two decades.

This doesn’t mean that we can’t do anything to stop climate change. If greenhouse gas emissions were drastically reduced today and efforts to capture carbon dioxide (CO2) from the atmosphere grew, it would be possible to maintain the temperature at that maximum and even begin to reduce it by the end of the century.

However, reducing emissions would not prevent the rise in sea level. The oceans would continue to absorb energy from the atmosphere, thus heating and expanding. Also, the melting of continental ice sheets (such as mountain glaciers) would continue to contribute to the rise. These phenomena have a lot of inertia and would not stop for hundreds of years. 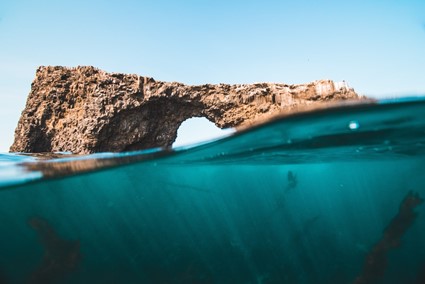 An arch-shaped rock juts off the coast of Channel Islands, California.

The consequences vary widely. For coastal cities, they entail the threat of erosion and increased flooding (especially when storms and hurricanes occur).

The map developed by NASA shows several possible futures associated with the different scenarios envisaged by the IPCC. These range from the most optimistic (based on a reality where greenhouse gas emissions stop today worldwide) to the most pessimistic (emissions continue to increase and the temperature rises to 4.5ºC by the year 2100).

Grand Isle, Louisiana, and Galveston, Texas (very close to Houston) are some of the U.S.’s coastal towns where the rise in sea levels may be noticed the most in the coming decades. 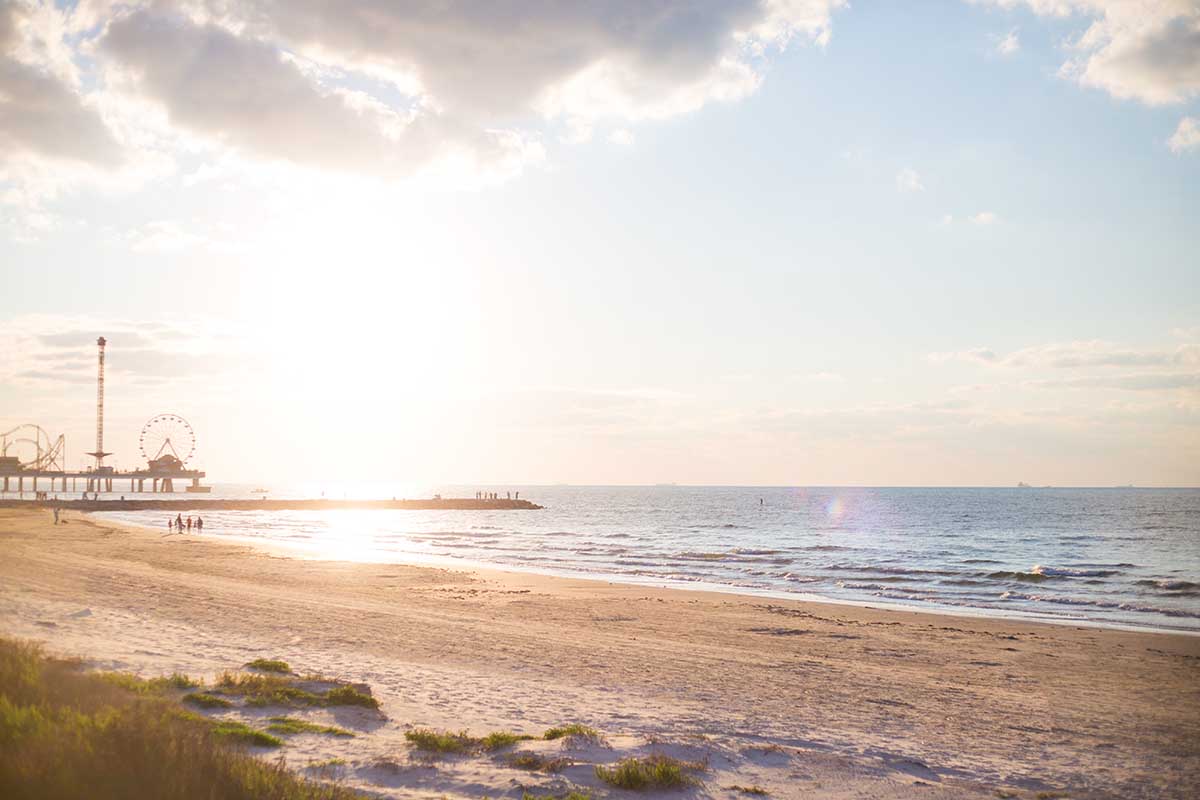 According to NASA’s map, the sea level may rise about 1.5 feet in both locations by 2050. By the end of the century, the rise for Grand Isle would be 4.63 feet and 6.66 feet by 2150. All this is with taking a scenario with average emissions into account. If we look at the worst-case scenario described by the IPCC, where emissions continue to rise, the sea level would rise to almost eight feet by 2150.

For these cities in the Gulf of Mexico, the threat of rising sea levels is coupled with the increasing presence of hurricanes and tropical cyclones.

The rise of the Caribbean Sea

Cartagena is home to one of the most important ports in Colombia and a walled city that has been named a World Heritage Site. The city is also among the most threatened by rising sea levels in Colombia and Latin America. 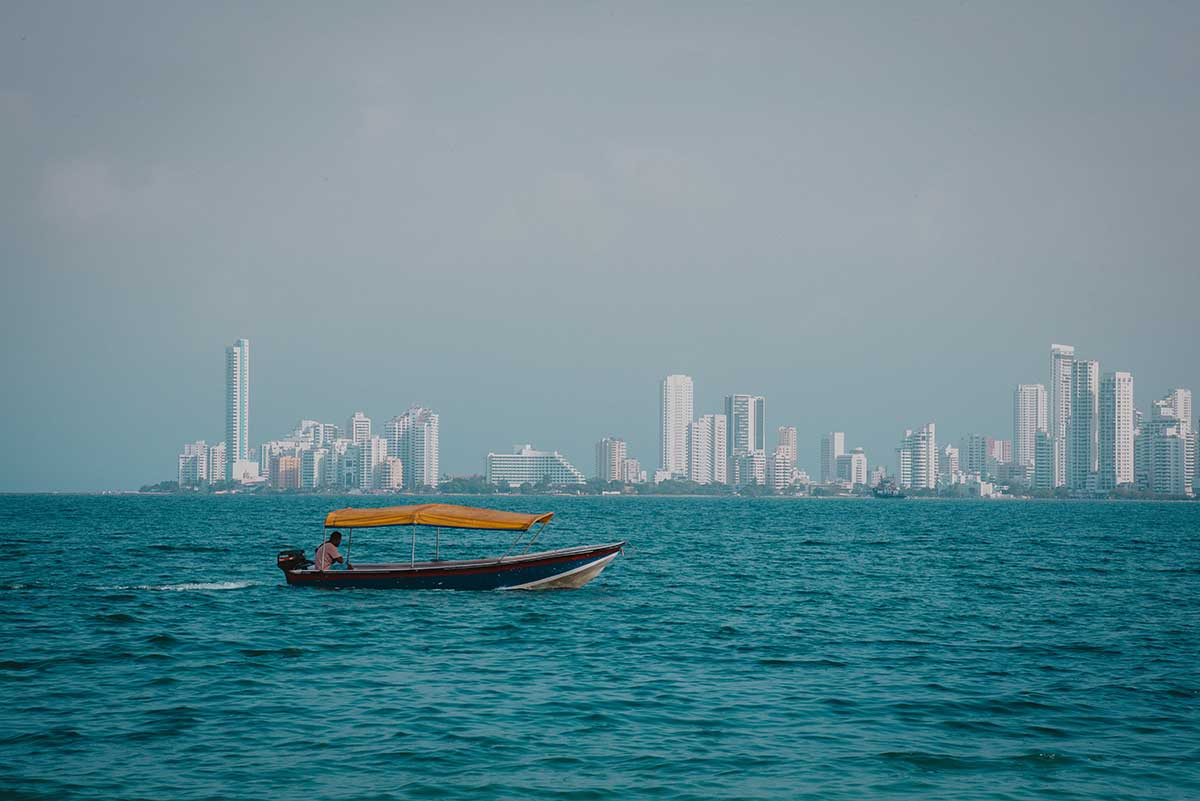 Cartagena from the sea.

If emissions hold steady over the next three decades, the sea level may rise by more than 13 inches in 2050 in this area of the planet. By the end of the century, the rise could reach 32 inches. In a situation where emissions skyrocket, we would be looking at more than three feet in 2100 and 5.71 feet in 2150.

Though Europe isn’t the region where sea level rise will have the most impact worldwide, the IPCC’s forecasts indicate that many coastal cities will be affected in the coming decades. In Spain, the rise will be especially noticeable in Santa Cruz de Tenerife, Cadiz, and Barcelona.

For the last of these, increases of 25 inches are expected by the end of the century in a scenario with average emissions. In another much more pessimistic forecast, that would be more than 33 inches in 2100 and 55 inches in 2150. In Tenerife, this figure would rise to more than 59 inches on the same date. 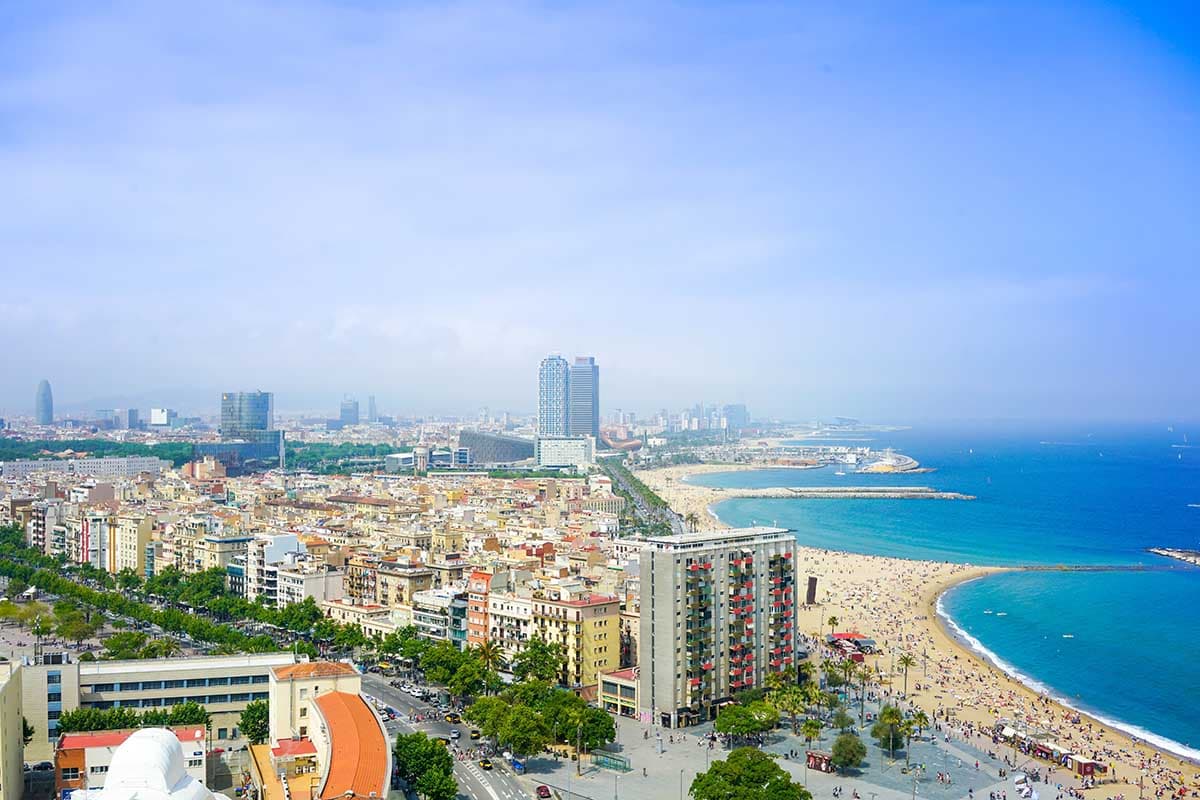 These forecasts for European cities are far from the predicted levels of Asian cities, such as Manila in the Philippines. There, if emissions continue at the current rate, the sea level will rise by almost 1.5 feet by the middle of the century. If emissions increase, that would be maximums of 4.36 feet in 2100 and 7.21 feet in 2150.

Though these forecasts may vary depending on many factors (for example, the behavior of the ice in Antarctica), NASA’s map offers a crystal-clear image of the impact that the rise in sea level can have on the different regions of the world. Along with these forecasts, we should also consider each city’s characteristics: some like New Orleans or Amsterdam, for instance, are below sea level, which increases the risk of flooding.

Some options to mitigate the consequences of this rise include nature-based solutions. Along with architecture and infrastructure, these formulas have much to contribute to adapting cities to their surroundings and making them more resilient to the effects of climate change.