The Invention of Graphene

Sirs Konstantin Novoselov and Andre Geim sound like playful people. The story goes that the two physics professors at the University of Manchester had “Friday Night Experiment” sessions, where they would do something a little different to their day jobs. One such portentous evening, the two were supposedly fiddling with a lump of graphite (pencil lead, for most of us) and some sticky tape. They would stick the tape to the block, pull it off, and then stick the graphited tape to new tape to separate out the layers that were deposited. What this playful tomfoolery ultimately led to, was the isolation of a single, atom-thick layer of graphite; later named Graphene, for its unique and distinct properties.

The initial isolation of this material allowed the team at the University of Manchester to see what it was capable of. Since Antoine Lavoisier first heated a diamond in a vacuum chamber in 1772, converting it to graphite, the wonders of carbon have become increasingly apparent. Investigation eventually led to synthetic diamonds, lonsdaleite (AKA carbon fiber), buckminsterfullerene, and carbon nanotubes. These nanoscale structures, in particular, have fantastic properties. What Geim and Novoselov were effectively asking was “what would happen if we could lay these nanomaterials flat?”.

Graphene is a truly 2D material, a honeycomb sheet of one-atom-thick carbon.  It can only ever exist at this thickness: remove a layer, you have nothing; add a layer, you have graphite again. It is thinner, stronger (300 x the specific strength of steel), and stiffer than anything yet discovered, carries the most electricity faster (a million x copper) and with less resistance than any other, dissipates heat insanely quickly (3000 W mK-1, versus to ~400 W mK-1 for copper), allows the quantum effect called Klein tunneling, could in theory filter salt directly out of water, might revolutionize solar cells etc. The list goes on.

One of the most frustrating things about this material is the fact that it is so hard to isolate in large quantities at high quality. This is why, despite Geim and Novoselov’s Prize being awarded in 2010, it hasn’t become commonplace yet. Naturally, many have been working to remedy this:

Rutgers University has been making sheets of graphene from graphite, oxidizing it with nitric acid into graphene oxide, and filtering these sheets away from the liquid, before dissolving the filter and using hydrazine to deoxygenize the remainder into a sheet of the pure material. This is called reduced graphene oxide, or RGO. Meanwhile, CVD or chemical vapor deposition at Caltech has been used to extract graphene from methane gas onto a copper surface and, supposedly, once scaled up and automated will be able to produce centimeters to meters of graphene at a time. 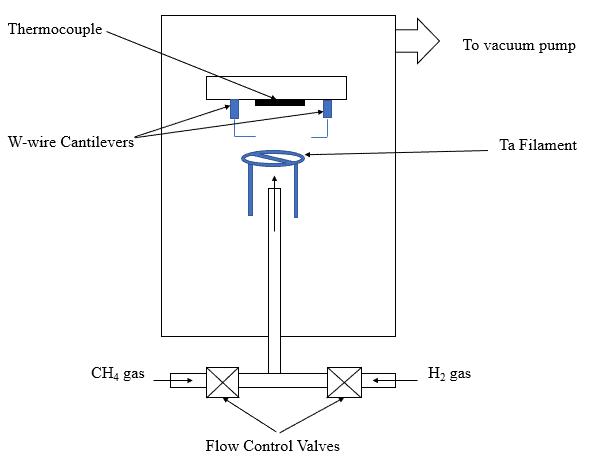 The most sustainable approach that a dive into the topic has yielded so far, has been touted by Florida-based company Carbotura: They grow fast-growing hemp (negligibly low in certain famous chemicals) in intensively controlled, vertical farming brownfield sites to extract CO2 directly from the air (and purify water contaminated from phosphate mining, it is worth adding). They then cook it to extract oils and other substances which are then burned to drive their processors and ovens. They use the resultant biochar as the substrate to be used in their 200kW pulsed plasma reactor to convert the carbon to, as the company has dubbed it, Bio-GrapheneTM. The company claims it is the best quality on the market.

While hemp is their starter substrate, predicted to pull 44,000 tonnes of CO2 from the atmosphere per year per manufacturing center. The company is hoping that it will be able to use any carbon waste in the future, including landfill plastics and used rubber tires.

This list is far from exhaustive, and the race is on to produce the best quality for the best price. But the Carbotura model sounds like a potential win for everyone, assuming it can be scaled.

For the last four years or so, trials of the wonder material in the real world have been quietly taking place. In the south of Spain, a company called Graphenstone has had success using it in paints. The company claims that graphene fibers added to their paints increase thermal conductivity, flexibility, strength, and uniformity, while also reducing the need for maintenance.

Infrastructure seems to be the greatest current beneficiary of graphene however, as noted in our blog back in 2018, Sustainable cement reinforced with graphene – Ferrovial Blog. Since then, trials have been taking place in the United Kingdom.

2019 saw trialed a 750 meter long, 150mm deep section of road in Curbridge, Oxfordshire which had an increase in 70% of the life span of the asphalt. This then led to a trial of 700 meters of road in Oxford town itself with heavier traffic.  Now an approximately 5-kilometer stretch of the A1 in Northumberland will be host to the enhanced material.

Moving forward, the second planned High-Speed train line (or HS2) in England will incorporate buildings made of 3D printed ConcreneTM, developed by the Graphene Engineering Innovation Centre. Retaining walls for the mainline out of Euston Station in London will be built using 5-tonne 3D printing robots. These buildings will contain no steel rebar at all. Instead, they will rely on the Concrene’s increased strength and durability. The advantages of doing this are a reduction in building materials, increased safety, and reduced construction time.

For the present, graphene is still being trialed in low-risk projects. But beyond the next five years as the health and safety standards and legislation are ironed out, what’s potentially in store?

Rebar graphene is perhaps the next iteration. Unlike its macroscopic namesake, this rebar is on a nanoscale. Researchers use a nickel-based skeleton and catalyst to act as a mold, onto which graphene adheres. Once the skeleton is removed, the graphene remains, much like Magic Shell chocolate syrup after you eat the ice cream. This can then be used, like the rebar of a conventional reinforced concrete structure, to build anything smart engineers can think of. 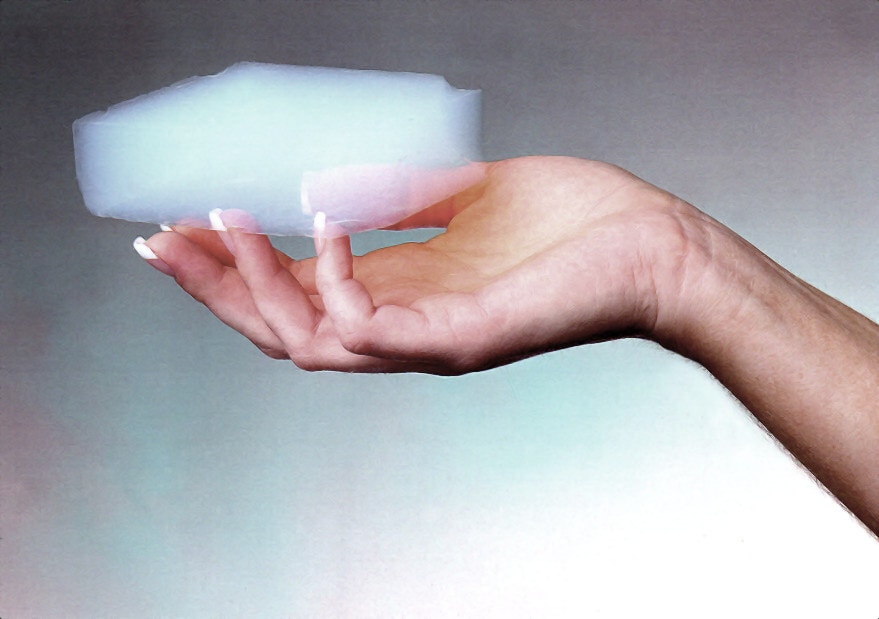 Taking this another step further is graphene aerogel or aerographene, as of 2020 the lightest, least dense material known to humankind at just 160g/m3 (This doesn’t include the air that goes in between the structures, admittedly). Anyone familiar with the field of aerogels cannot help but be intrigued.

Finally, looking into the far future, could this wonder material be used to build something truly out of science fiction? Say, a 36,000 km Space Elevator cable? Adrian Nixom, the director of British company Nixor, believes that once single-crystal graphene cable is a reality, the tether of such a gargantuan structure would cost roughly 20 billion dollars.  Additional materials and installation would bring costs up to around 100 billion. This might sound excessive for a long cable into space, but given that the benefits would be to reduce space travel cost from 20,000 dollars a kilo to a predicted $200 a kilo, someone might be interested in investing in such advanced infrastructure. 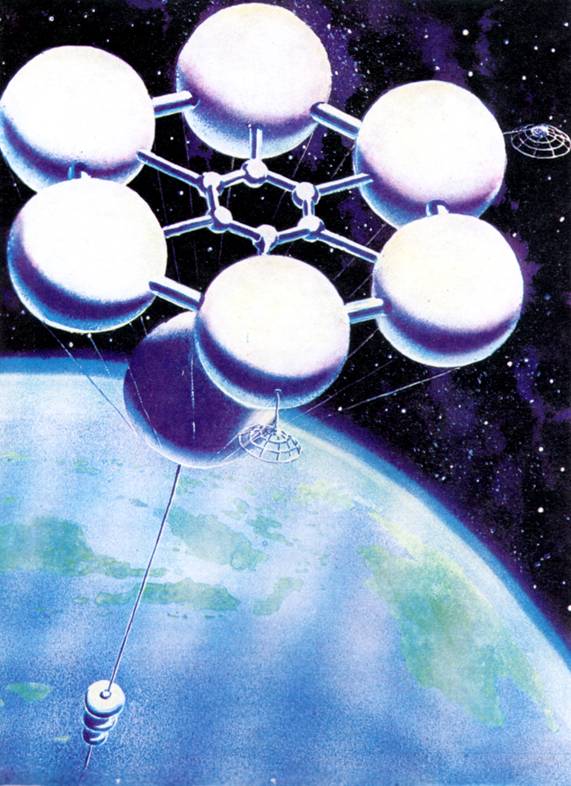 It has been a while in the works, but it seems like graphene is, slowly but surely, starting to pull its own weight.