Farringdon: the heart of the London Crossrail

Farringdon’s new station is considered by many to be the crown jewel of the Crossrail. It is also a key piece in Ferrovial’s recent history in the United Kingdom: it was the first project that shaped the company’s path and that of its employees outside Heathrow airport, and it helped demonstrate their worth and know-how.

The Farringdon Station project has helped prove that infrastructure projects are nothing without teamwork: all our successes are the result of collaboration, motivation, togetherness, and trust generated between the parties involved. One of the biggest benefits we can take away as a company is that the knowledge acquired can be transferred to other sites and projects.

Over ten years ago, I started a new adventure in London to make Farringdon Station and other parts of the Crossrail a reality. Now, back in Spain, I can say that this project has helped me grow personally and professionally, as have the rest of my team and the company’s reputation in the United Kingdom.

A station in central London

Farringdon Station is one of the stations on the London Crossrail or Elizabeth Line, an underground railway line more than 100 kilometers long that runs east to west through the city. The line opened in May 2022. Construction lasted more than ten years, and it was the largest infrastructure project in Europe.

The BFK consortium (Bam, Ferrovial, and Kier) was in charge of numerous core parts of the project. Among them is Farringdon Station, which has become known as the heart of the Crossrail because of its central, strategic location: it connects the city’s three airports, and its construction played a key role during the line’s creation. 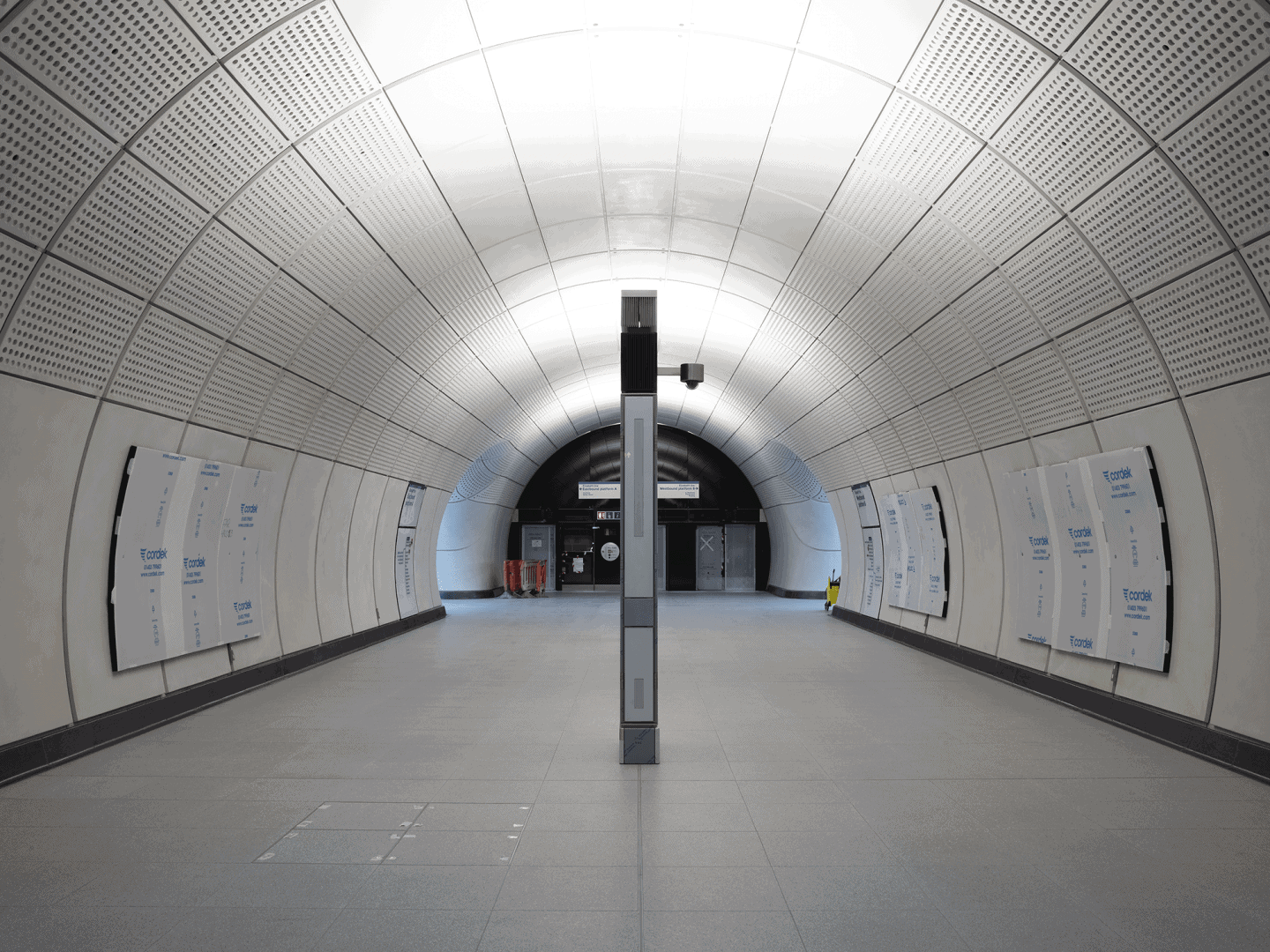 Of course, a project of this magnitude posed numerous challenges for the company – challenges that, once overcome, were transformed into knowledge and experience.

During this station’s construction, we faced numerous challenges that increased the already-high complexity of the project. We had to carry out more than 2,000 procedures related to permits, ensure the safety and health of more than 16,000 workers (at some work peaks, up to 1,000 workers a day were on-site), and coordinate other companies’ activities outside our contract; they were in charge of elements such as ventilation systems, communications, or tunnel signs.

Some of the most significant challenges were linked to building in the heart of the city: since our work was close to other train and metro lines, we had to coordinate our activities with different agents. It was also difficult to manage the construction of tunnels while working on the stations just above them. On top of this, there were the added difficulties of getting materials on-site in the heart of the city, implementing a strategy of just-in-time deliveries.

As with any mega-project, another major challenge was completing the project by the given deadlines. In addition, the client added a total of more than 2,200 instruction changes that we often had to manage on the fly. For several years, we received more than three changes a day every day of the week. This created a considerable impact, tripling the budget and increasing the project’s execution time.

Due to different problems in several projects on the Elizabeth Line, the line’s opening was delayed 4 years. Despite this delay, our project always led the program, and it was the first work to be delivered to Crossrail and the London Underground. It was also the first to receive the Certificate of Completion (of all the construction companies involved in the major works on underground stations in central London in the Crossrail project), and it was the only one to comply with all the partial contractual milestones.

The last steps also presented their own challenges: it was the first time that our client, Crossrail, delivered a project to the London Underground, and there was no previous experience in carrying out this process. As we were behind the most advanced part of the project, our team worked with the client, developing the process control procedures and tools, which helped us continue to build our reputation and leadership. This was just one of the many accomplishments we’re quite proud of.

Thanks to construction on Farringdon Station, we won major awards in the construction world, such as those awarded by the British Construction Industry and The Concrete Society (for the best innovation proposal and the best execution of concrete finishes, respectively).

Ferrovial was also recognized by Crossrail for its innovation in the project: more than 30 innovative proposals were accepted to be collected on its Crossrail Legacy platform. In addition, Farringdon Station is the only station on the entire Elizabeth Line to have been awarded the BREEAM Excellence certificate.

The Farringdon project was ultimately a success at all levels: health and safety, quality, human resources management, planning, execution, and advertising. It helped us shape the path for our company in the United Kingdom beyond Heathrow, build a reputation, and earn the trust of the client and partners. Everyone who participated in Farringdon made a major contribution and supported its success, and they have since taken the experience and knowledge gained to other projects.

To achieve all this, collaboration from all the parties involved, from the client to technical assistance and construction companies, designers, and subcontractors, was essential. At Farringdon, we got everyone to understand that what was best for the project was also what was best for each of the parties. We created a working spirit based on trust; we all gave the best of our abilities, and we felt important as part of the team.

In addition to this, there was also the motivation and pride of working on this project which is so significant in London’s society. Helping create this work environment, one based on respect, collaboration, and improvement, has undoubtedly been my greatest contribution as a manager.