A Short History of the Airport

Like most infrastructures, we tend to take airports for granted. We use them to travel to exotic places, dread the security, criticize them for their delays and mourn any baggage misdirection we experience. Yet in the context of human history, humanity has never been able to travel so far, so freely and so quickly, all thanks to these wonders of aerial infrastructure. Join us as we take a tour through the history of the airport:

After Orville and Wilbur Wright’s maiden voyage of 12 seconds and 40-meters, the era of the airport came in fits and starts. Initial airports, much like Kitty Hawk itself, were usually nothing more than flat areas of land, frequently things like pasture fields on farms. The farms usually had ready access to information about the weather, and it was something useful to do with the land while the cattle were off-site. The most advanced of these had little reception areas where the wealthy, risk-seeking passengers could wait, but there was little in the way of convenience or inconvenience.

World War I brought about something of a revolution in European air travel. The desolation of roads and other infrastructures created a vacuum for the establishment of reliable air transport, and the sudden availability of pilots trained in the war sped up the process. Inspiration was taken from the great railway stations of the 1800s and the early airports were very grand affairs. 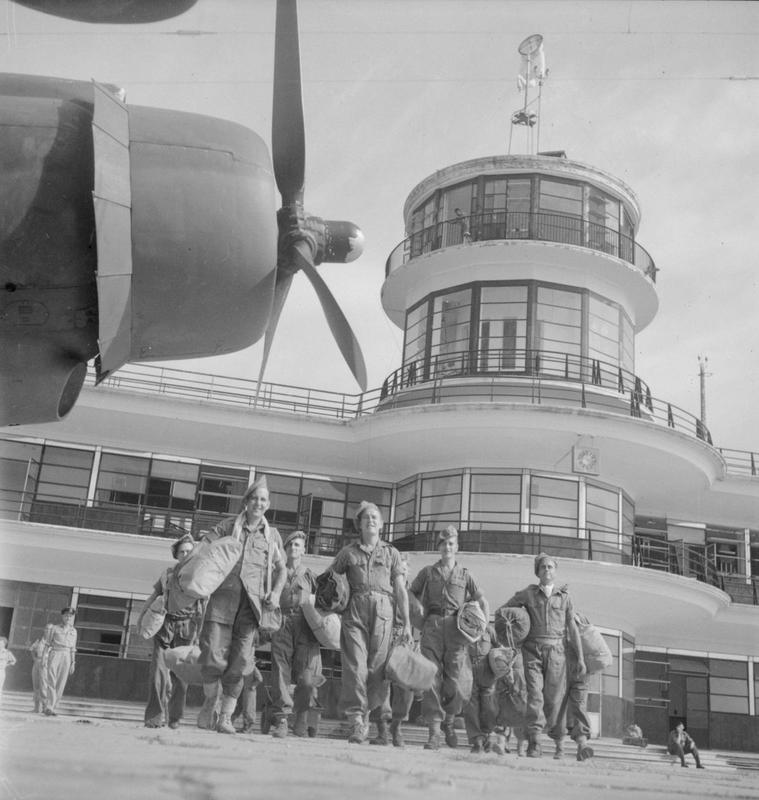 Charles Lindbergh flew the Spirit of Saint Louis from New York to Paris in 1927, a feat that Orville Wright had deemed “foolish” some thirteen years earlier. This in turn brought about a fashion for building airports in the US; Lindbergh would fly to a town, where he would be given a key to the city, after which an airport would be opened. In North America, another advantage was the large bodies of water near urban centers. Rather than build flat runways, seaplanes would simply land on the water (landplanes wouldn’t go international in the US for another decade or so). They would stop to refuel at Canada, Greenland & Iceland and each could carry about 12 passengers at a time.

WWII brought about another spurt of innovation in air travel. Arguably the biggest of these for the modern airport was the commercial jet engine. While developed in principle in 1939, mass-produced jet-powered flight only became possible in 1944, just as the war was drawing to a close. 1952 saw the first commercially available jet flights from Heathrow and by the 1960s, the jet engine was defining the market.

One thing that you might notice about jet engines is the quantity of noise they produce. It is no accident that airports began to be built on the outskirts of cities. This led to opportunities for expansion.

Dulles International Airport, built in 1962, 42 kilometers from downtown Washington D.C., marked the first of what would become a world trend for the airport industry: becoming shopping centers, expanding on the trend of duty-free that had begun in the forties. Even at the time of construction it was designed to accommodate 25,000 jobs. However, since then, it has expanded to 250,000 jobs that depend on it.

Even though growth seems inevitable, airport bosses have the unenviable task of trying to match supply to the ever-growing demand. Even LAX, an airport designed with cars specifically in mind, has had to expand its car parks numerous times as the number of people able to afford flights has sky-rocketed; from 1994 to 2019, the number of passengers there grew from 51 to 88 million.

Due to events such as the regular skyjackings of the 1970s and September 11th 2001, airport security has become one of the mainstays of air flight procedure. In the past, according to Thom Patterson of CNN, “boarding an airliner with a firearm could be as easy as putting a pistol in your pocket and taking your seat”. No flight is complete these days without a long stroll through security, and the science involved is worth appreciating: 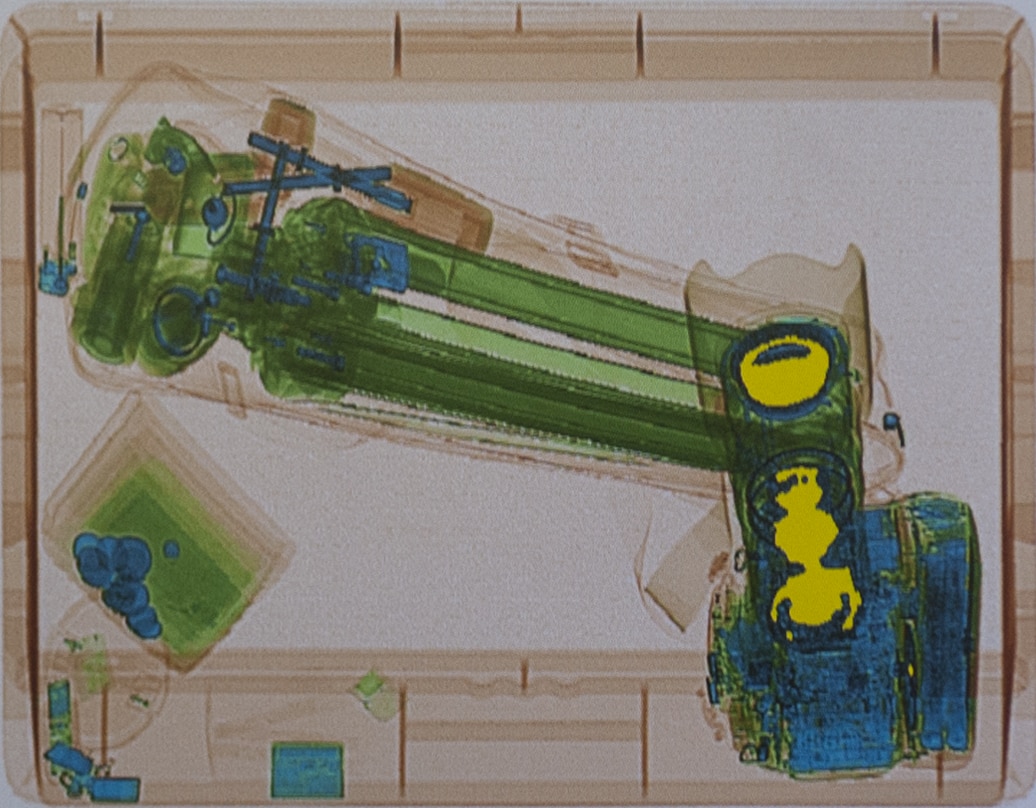 Passing through an X-ray machine, your carry-on luggage is bombarded by two types of x-rays: low and high-energy wavelengths. This is why images of your bag appear in both orange and blue-green, respectively; in a nutshell, the orange image is where organic (carbon-rich) material absorbs the low-energy x-rays, and the blue image is where metallic materials absorb the high energy x-rays. You will be happy to know that these machines are so well-insulated that staff members are not even required to carry radiation badges.

As for yourself, the old-fashioned metal detectors (which look like a metal doorframe) require you to pass through a magnetic field. These stimulate additional magnetic fields in any metallic objects you might be carrying, which detectors can then pick up. These are pretty low-resolution, which is why you may have spent some time in airport security, removing various objects and passing back and forth through the machine a number of times.

Backscatter x-ray scanners (looking like a gap between two office booths) by contrast use tiny amounts of low-energy x-rays. These penetrate clothes, but not skin, building an image of you. While this might sound less than ideal, the quantity of X-rays is tiny compared to the quantity that you receive by flying high into the atmosphere, where the X-rays from space bombard you instead (again, all well within health and safety limits). These days, backscatter scanners are being phased out (mostly for being too revealing) in favor of millimeter wave scanners (imagine a futuristic telephone booth).

Depending on the airport, there are many ways to pass the time once you have made it through security. Here are some of the more novel ones out there: 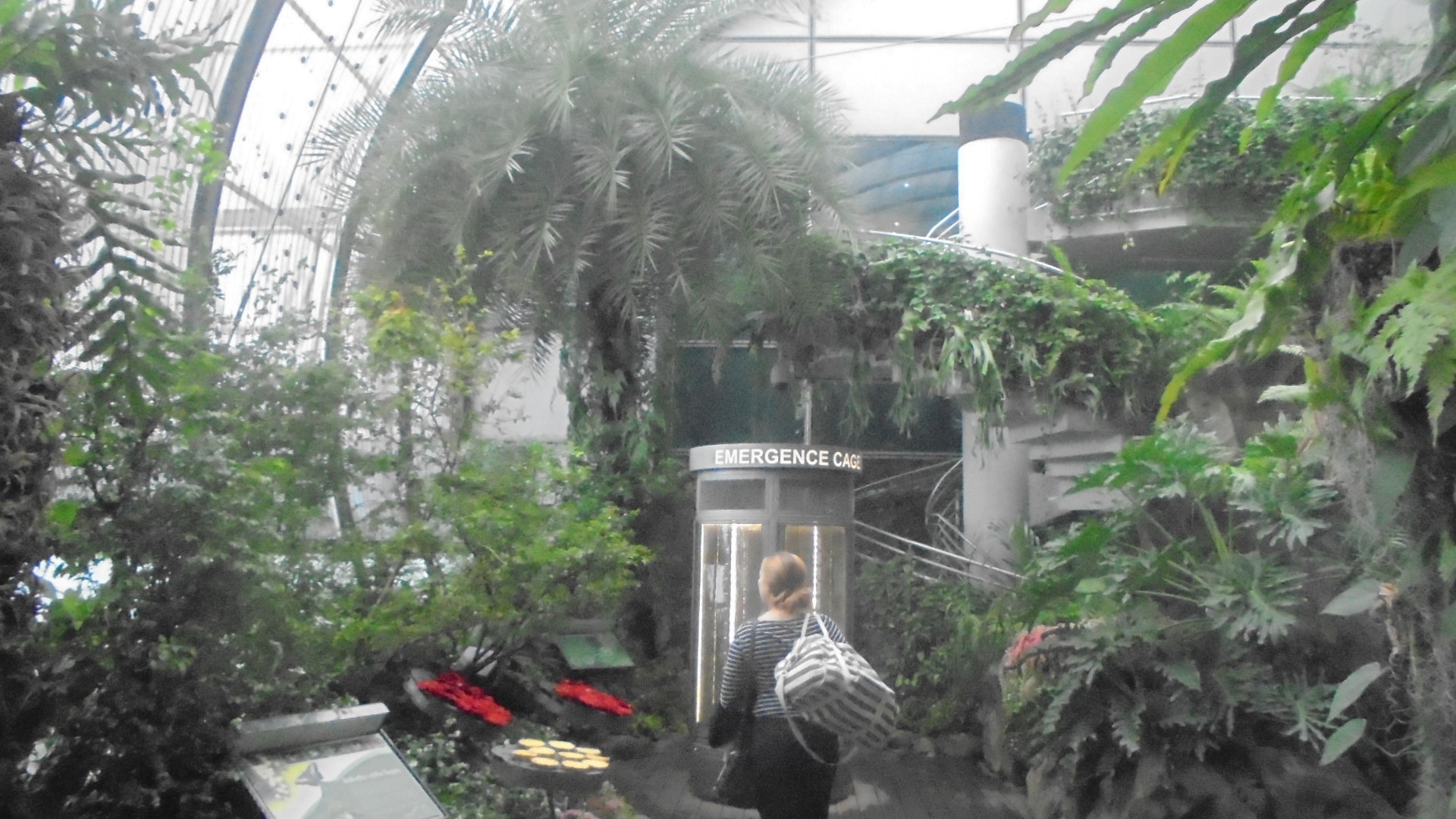 In addition, the modern airport is environmentally conscious: London’s Heathrow Airport for example, blasts distress calls of different bird species from cars fitted with loudspeakers to stop them from getting hurt on the runways.

So, the next time you are spending time in one of these complexes, take a moment to savor the history, the construction, and the science – we haven’t even had time to mention the traffic control; consider the marvels of the modern airport and their humble beginnings.