Would you dare to enter the quietest room in the world?

In 1883, the eruption of the Krakatoa volcano caused the loudest sound ever recorded by humankind. It was so loud that it ruptured the eardrums of sailors more than 60 kilometers away, and it circled the world three and a half times.

Its intensity was 170 decibels at 160 kilometers away from the site of the eruption. That’s the same as the takeoff of a NASA rocket at 100 meters and similar to that of an airplane taking off at only 25 meters.

We often pay attention to loud sounds, the ones that break records and can leave quite the impression. But what about the most sensitive sounds? There are structures designed to study what happens when sound goes beyond silence. Spaces where ambient noise is so low that decibels drop below zero.

A space without an echo 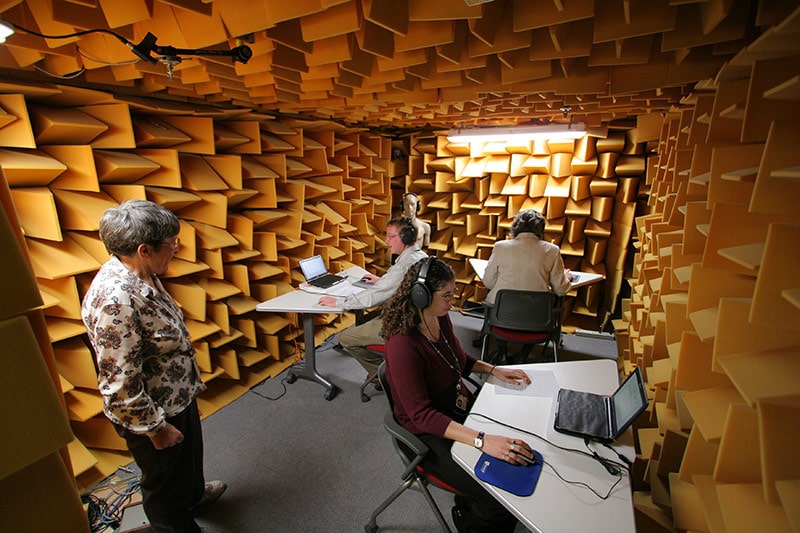 The result is a space with no ambient sound. When you go into one of these, it’s most likely to start hearing just the sounds that we usually don’t notice: our own breathing (which, in a state of calm and rest, barely reaches 10 decibels), our ears ringing, or the noise our bodies make simply when moving.

Anechoic chambers create a unique atmosphere. At the other end are echo chambers, where every surface is covered with materials that help sound bounce off them, and no sound is absorbed. Inside, it’s all echo.

So far, the record for the world’s quietest room is held by Microsoft’s Audio Lab chamber. In this room, located in the company’s Building 87 studios in Washington, the absence of sound is such that the noise level is -20 decibels. That is, it is below the hearing threshold of the human ear.

“You can’t get any quieter because this is just the sound of particles moving in the air,” says Gopal Gopal, chief engineer for the Human Factors area at Microsoft. “It’s about the limits of physics.”

The infrastructure of silence

The first thing that will catch your attention in Microsoft’s anechoic camera is the structures covering its walls and ceiling. These were specifically designed to create an acoustically controlled environment. They are made of fiberglass and other sound-absorbing materials, allowing sound waves to break before they can bounce off and create echoes.

The floor that the lab techs walk on forms a grid, and under it is ample space with materials that also dampen sound. But the ability to create silence goes beyond the chamber’s interior: the laboratory was designed to be a structure that’s isolated from the rest of Building 87. It has its own foundations, and its walls have several layers of concrete and steel.

There’s also an air chamber that separates the laboratory from the rest of the building. All this makes it so that noises from the outside can’t come in – noises like those produced not only by human activities but also by ventilation ducts, pipes, or alarm systems.

In 2015, Microsoft’s Audio Lab won the Guinness World Record for being the quietest place on Earth. Orfield Labs’ anechoic hall had previously won this award (it was recognized as the world’s quietest place in 2004 and 2012 before losing the title to Microsoft).

This anechoic chamber also has wide walls with several layers of cement and concrete. Its walls and ceiling are covered with fiberglass wedges and its floor is composed of a mesh to absorb as much noise as possible.

How anechoic rooms are used

The quietest rooms in the world have a wide variety of uses. As Microsoft points out, you can find the lowest sound ever recorded in them; therefore, they are the best environments for carrying out sound tests.

The tech company uses them to test out their technology. Examples include measuring the noise made when connecting headphones to a device, typing on a keyboard, or moving a mouse. It also helps analyze the sound quality of their virtual assistant.

The Orfield Labs chamber has a wider variety of uses, and it is used to test all kinds of electronic devices, devices intended for medical purposes, and vehicles, to name a few. Unlike Microsoft, this room is open to visitors. Today, it is one of the most important attractions in this mythical studio, where artists like Prince and Bob Dylan recorded their albums. 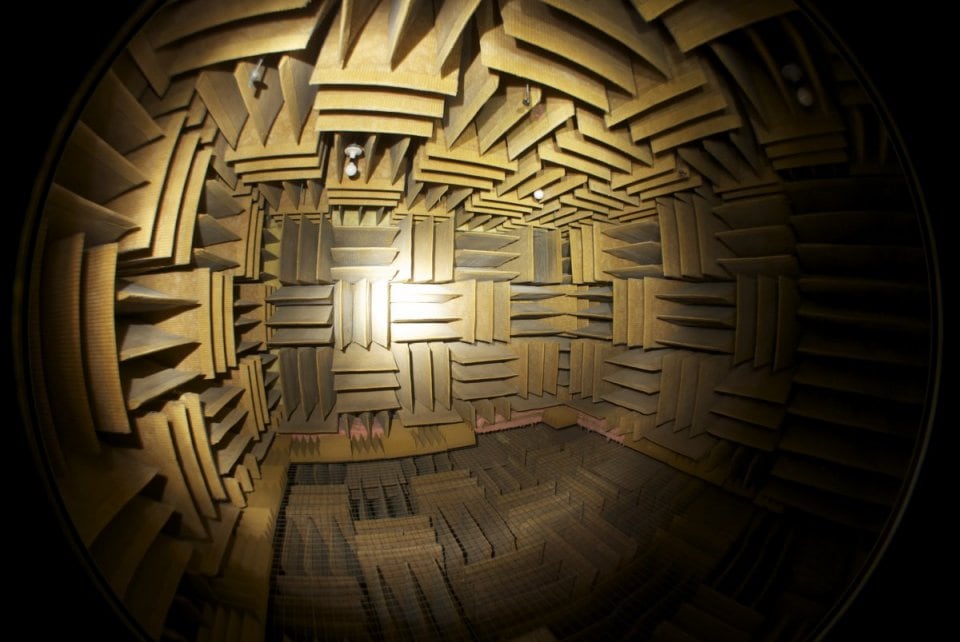 The anechoic chamber at Orfield Labs is open to the public. Orfield Laboratories Inc.

Visits, however, are usually not long: after a few minutes, it is common for people to start to feel unwell and even lose their balance. In fact, anechoic cameras have also been used to train NASA astronauts, who have to get used to the sensations, sounds, and emptiness of space. It’s quite likely that they will enable us to study scenarios that we still cannot imagine in the near future.