A Brave New World of Infrastructure on the Moon

Almost fifty years since Neil Armstrong ​landed on the moon​, NASA, the People’s Republic of China, and some of the richest men on the planet are trying to get people back; this time to stay.

Amazon CEO Jeff Bezos, is the most recognizable and newest face in this modern space race. The magnate’s other company, Blue Origin, ​will invest more than USD $1bn​ to launch its New Glenn rocket from Florida’s Cape Canaveral Air Force Station in 2021. Scott Henderson, vice president of test and flight operations during a recent event at the station said that the rocket is a means to making space habitable for humankind.

Bezos during Amazon’s first-of-its-kind Re: Mars conference this month, ​was more pointed​.

“The reason we’ve got to go to space, in my view, is to save the Earth,” he said. “If we’re going to continue to grow this civilization, we need to move.”

Key to Bezos’ grand plan is the ​Blue Moon lander​. The robotic cargo transport will be able to carry roughly 4 tons of cargo, including rovers and humans, to the lunar surface. A reliable means of transportation will, according to Bezos, result in the creation of ​off-world outposts​ on the moon, Mars and beyond.

NASA will, though a new space program called ​Artemis​, ​establish scientific outposts on the moon similar to those in Antarctica or the International Space Station. There, astronauts will spend months living and working in “exploration zones” that will provide life-sustaining resources and opportunities for scientific inquiry.  The program, as currently envisioned by the agency, is also supposed to “expand the US’ global impact.” In addition to creating new manufacturing jobs in space, it will also exploit space resources and seed investments in commercial lunar landers.

Notably, the People’s Republic of China is considering a “preliminary”​ ​plan to ​build a research station​ on the moon’s South Pole in the next decade. The government intends to model its moon base along the lines of the European Space Agency’s Moon Village, which is described as “​a community of interested groups coming together with a view to sharing interests and capabilities.”

A City on the Moon 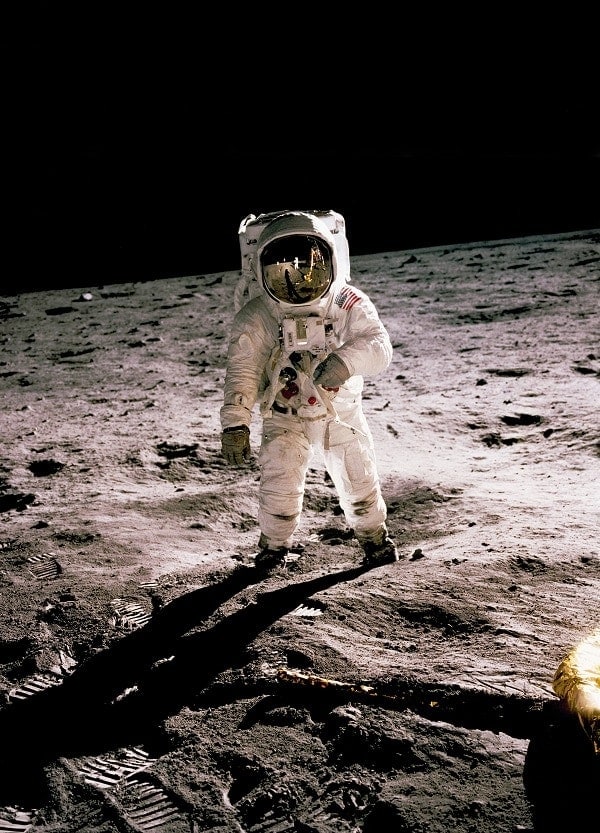 NASA​ ultimately hopes to build a sustained human presence on the moon. However, some scientists maintain  that creating a habitable environment more than 200,000 miles from Earth is going to be challenging, particularly since there may be nothing to drink.

Mount Holyoke’s Chair of Astronomy Dr. Darby Dyar maintains that there is not and has never been surface water on the moon. In addition to noting that there are no lunar samples show any evidence of weathering due to the flow of liquid water, she said that the moon has a “tenuous atmosphere” that lacks hydrogen — a vital component for life. Even the opportunities for mining may be limited.

“You can see that the variety of minerals there is tiny: there are only seven in abundances of more than 1%.” Dyar said. “It’s not as though there are giant gold deposits on the moon.”

Dr. Jacob Bleacher,  chief exploration scientist for NASA’s Advanced Exploration Systems (AES) Division, said that the agency expects water ice to exist in some regions around the lunar poles. But, it’s  unclear how much is there, and whether it will even be accessible.

Bleacher noted that, in terms of mining,  oxygen is the primary resource NASA intends to extract from the moon. He explained that both oxygen and hydrogen could be taken from the loose layer of rocky material covering the surface, or directly from water ice, if it is found in large enough quantities. But, even if water, oxygen and hydrogen are found on the moon, they may have to stay there.

“Bringing things back to Earth from the moon on a regular basis wouldn’t be cost efficient under current conditions,” Dyar said.

The Cost of Calling Space “Home”

Lunar development comes with a host of unknowns, including whether it can be effectively commercialized due to the costs.

The White House in its FY 2020 budget will provide NASA with $1.6 billion more than the $21 billion it initially requested, in order to land astronauts on the moon by 2024. By comparison, the agency  in FY 2010 requested $18.6 billion.

According to NASA, $1 billion of the FY 2020 budget request will be used to send a human mission to the moon’s surface by 2024. Roughly $651 million will go to the development of new spacecraft that will shuttle people from Earth to the Gateway lunar station, and another $132 million will go to the advancement of new technologies such as solar electric propulsion and the conversion of polar ice into water.

Jill Jamieson, managing director at JLL, said that the private sector is looking at a diversity of commercialization and revenue opportunities ranging from satellite networks and load launches to tourism, scientific expeditions and beyond. To be sure, NASA has to date contracted with private entities including Blue Origin, and Space X to make lunar development a reality. However, some in the market question how financing lunar infrastructure could even be approached.

“I’m not sure where revenues would come from, or the risks in delivering a project,” one prominent banker said. Jamieson however noted that a commercial plan for lunar development that would suggest cost-recovery is not well-suited for traditional finance.

“You would be hard pressed to go to a commercial bank and secure a loan,” Jamieson said. “ Those involved are using patient capital to develop the market, but a critical part of this is the role that public agencies, such as NASA, are playing.”

Jamieson said that the contracts between NASA and the private sector are great examples of a public-private-partnership. She added that although those partnerships don’t necessarily fit into the traditional mold of infrastructure finance, it is necessary for government agencies such as NASA to continue to develop them if humans are going to make the moon habitable.

“So long as NASA and others continue to enable private sector investment in this area, and are willing to offer contracts of the use of private sector systems, then growth will continue,” Jamieson said. “ Over time, as the

industry matures, there may be less public usage and more private usage, but the role of the public sector in supporting early stage development is critical.”