Expanding "Life Radius,” a Vision Shared by Ferrovial and NASA

A few days ago, I had the enormous opportunity to attend and participate in the NASA X Industry Innovation Summit 2019 at NASA’s Houston Space Center, an iconic place like no other that is steeped in history, the epicenter of mission control for space exploration. Its educational center specialized in STEM (science, technology, engineering and mathematics) has about 200,000 students and teachers each year. There, experts from various areas have shared ideas and experiences about the world of innovation applied to industries ranging from aerospace to mobility and technology.

I had the chance to listen to and speak with many people, including Paul Misener (Amazon, VP Innovation), Gray Scott (Futurist), Cary Tids (Ford, SVP Strategy), Jason Wild (Salesforce, SVP Innovation), and our good friend Omar Hatamleh (NASA, Former Chief Innovation Officer), whom I must thank for the invitation and his hospitality.

As part of the Summit’s X Talks, we had the chance to share our vision of the future of mobility and transportation infrastructure from a perspective that is out of the ordinary, one that is more humanistic and is based on the concept of Life Radius, which is the radius of action in an individual’s day-to-day life. 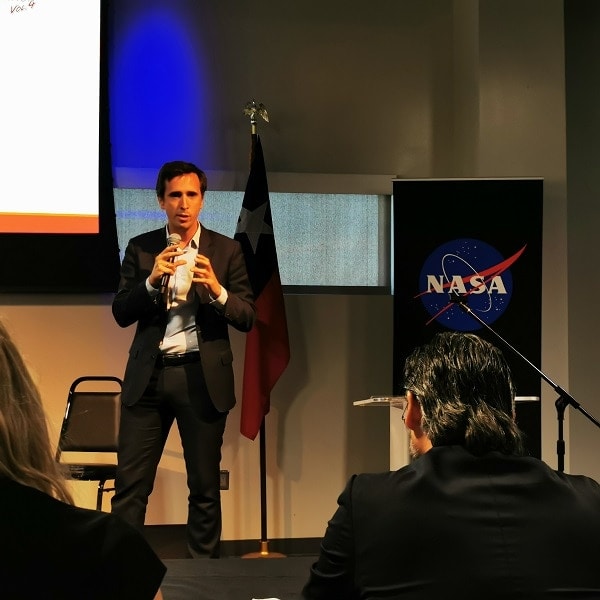 From today’s perspective, it is interesting to see how our grandparents were born and met in a Spanish village, how our parents are then from different provinces, and how we are connected with people from all over the world. This is primarily due to developments in modes of transportation and infrastructure over the past 100 years.

In this sense, and with the experience of managing mobility for more than 700 million people across Europe and North America through our infrastructures and services, we have a privileged perspective on the major challenges ahead in our sector.

On one hand, we have a new social environment with citizens who participate more and strong environmental pressure that stems from overpopulation and congestion. New trends such as collaborative solutions and greater action on climate crisis and green policies are emerging. On the other, there is a wave of new technologies that are evolving business models for many industries and enabling changes in the value chain of others, giving new players a way in.

We can say that mobility and transport are undergoing an unparalleled transformation and that the growth curve of Life Radius over time is exponential, understanding “life radius” to be the distance that an individual may travel in a particular time span by various modes of transportation.

This life radius is impacted by factors such as regulation, how integrated modes of transportation are, their design, user experience, and above all, 3 fundamental factors: technology, safety, and travel time. 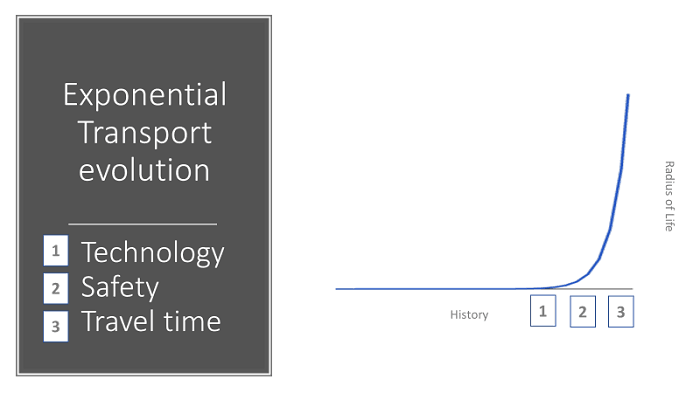 The technology that enabled developing railways: from the Victorian Internet to the Interplanetary Internet

Shortly before Morse’s telegraph was adopted as an international communications system in the mid-19th century, the invention’s first demonstration as a “commercial system” had already taken place. It happened in 1838 between the London and Birmingham Railway stations of Euston and Camden Town. Those first messages were shared quickly and reliably, surpassing the locomotives in speed.

After some appropriate improvements, the telegraph became what is today described as a kind of “Victorian Internet:” it was less important as an invention than as what it meant for social and cultural transformation. Because of the telegraph, trains could run more efficiently, which allowed them to transport more passengers and goods and to improve that era’s way of life. These new communications facilitated mass developments in railway transportation, creating new jobs and improving the global economy.

Safety as a key factor in new mobility

New technologies also have direct positive effects on society and improvements to quality of life. Reducing or eliminating pollutant emissions improves health for those who live in cities; developing smart infrastructures and connected, autonomous mobility will have a highly positive impact on safety for drivers and users – in short, it will improve accident rates on roads.

These technologies, along with other enablers such as 5G, will allow fluid, immediate Vehicle-Infrastructure-Vehicle (V2I2V) communication that will keep cars and infrastructure in constant dialogue, which will allow for much more efficient monitoring, thereby bolstering infrastructure safety, ultimately for the individuals who use them. The era of Zero Accidents in transporting people may be closer than we imagined, and infrastructure has an active role in that.

Ferrovial is working on a number of projects related to roads and airports (Viriato, AV Airports).

A new era for mobility characterized by faster travel times

Distance will no longer be measured in kilometers, but instead in cost and time. Multiplying many individuals’ daily “life radius” by a factor 6 or as much as 20 – with mobility technologies including urban aerial transit and high-speed options like the Hyperloop – will create new possibilities for residents and for the economy. We will no longer have to live so close to the city center, and we’ll be able to work remotely, and the long distances will get shorter with more modes of transportation.

If our grandparents were from the same village and our parents from different cities, and if we are connected with people from all over the world, then what’s next? Of course, a very futuristic, rather uncertain vision shows Mirrorworld  multiplies our Life Radius by infinity. Who knows… at the NASA event, this possibility was also suggested: 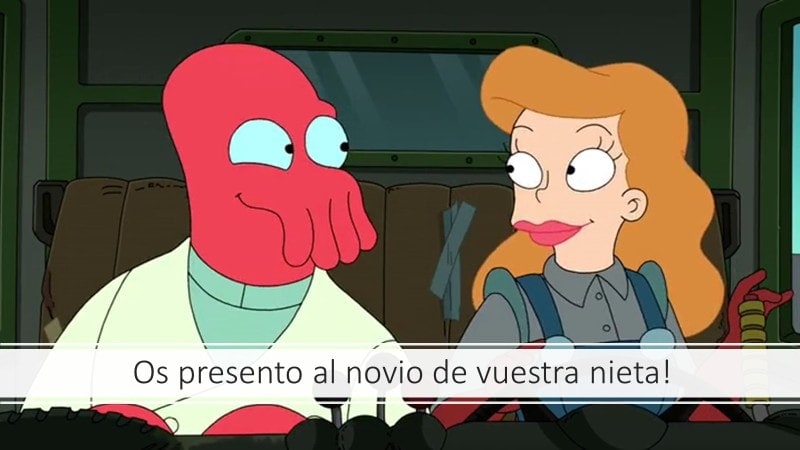 Anything is possible. Who knows? This spike in life radius related to runaway urbanization might even slow down and revert back to depopulated areas, boosting humanity’s quality of life that way.

Working in different ecosystems: Stopping by the Moon on the way to Mars

Can we talk about the future of infrastructure and not mention space travel? NASA is working on missions to different parts of the Solar System, almost always following the same formula: research, developing prototypes, infrastructure creation, testing, and action – a natural cycle for innovation. The road to establishing a colony on Mars, for instance, would require new spacecraft, zero-emission spacecraft, or building bases and structures with new 3D materials, as well as thinking about how life and construction can go on with limited water resources.

Like Ferrovial, NASA is an organization that embraces the concept of : searching for professionals and specialized outside partners to work with, the closest thing to the “hive mind” to date. Right now, NASA’s astronauts get to the International Space Station on Russian rockets and have startup alliances for transporting not only satellites but also cargo and astronauts into space. One of them is SpaceX, which also uses open innovation by making its designs, data, and information public.

Closer to home, the next few decades here on Earth will bring challenges. While not so exciting, this is certainly relevant to billions of people around the world. As a global transportation and mobility infrastructure operator, Ferrovial has the ability to work on infrastructures of all sorts, from roads to airports and railways. Each mode must be rethought for the future: how to equip cities with micro-mobility including electric cars, bicycles, and motorbikes; the specifics of transportation for schools; and the decisive significance of transporting goods. Air traffic control will take shape when we have to manage air taxis with passengers and drones in small cities in addition to commercial flights. The same is true for road traffic that has a mix of cars with human drivers, self-driving vehicles, and even robotic delivery carts. All of this will require infrastructure management and supervision to ensure sustainability and safety.

In this regard, Ferrovial’s vision encompasses innovative, integrated urban mobility that is environmentally-friendly and connected. Just like the telegraph connected cities in the 19th century and brought about a revolution in that age, all the way to the Internet in the 20th century, Mars, and beyond, who knows how far new developments and infrastructure will take us in the 21st century. 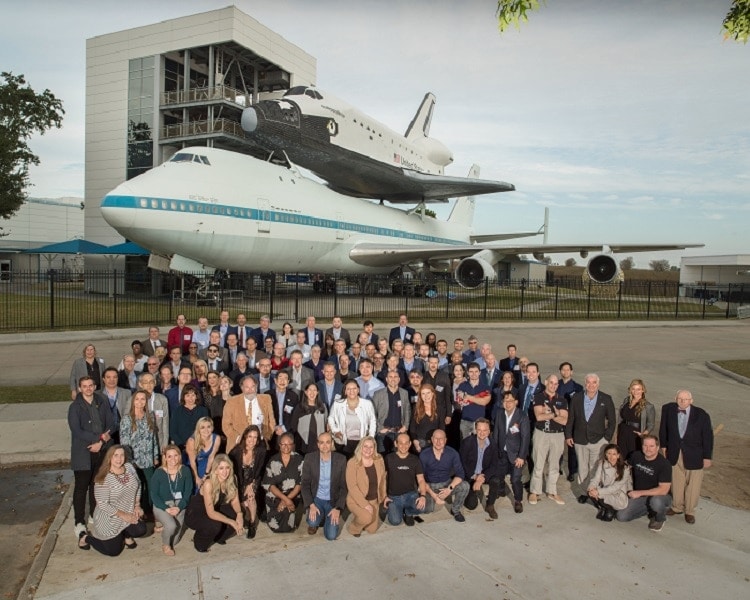