From 1927 to Today: The Story of Agroman

Agroman already had 68 years of experience when it was acquired by Ferrovial, the start of an exciting new chapter. Since then, Ferrovial Agroman has participated in the construction of buildings, highways, railways, ports, airports, and many other infrastructure projects on different continents. 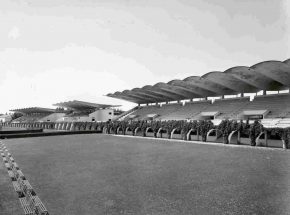 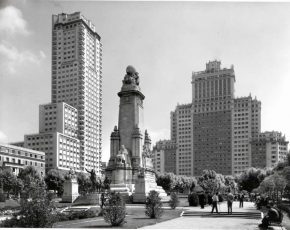 Almost three decades after the purchase, Ferrovial has taken one more step in its strategy, and it has changed the name of the Ferrovial Agromán division to Ferrovial Construcción. It is leaving the name of the historic brand behind to move forward in its international projection, not forgetting the shared trajectory that has united both companies.

Agroman started in 1927, and it quickly became one of the country’s leading construction companies. Its first few years of operation included projects such as the Las Arenas dam mound construction in Getxo (Vizcaya), the construction of Madrid’s Ciudad Universitaria, and later, the Torre de Madrid, the Renault factories in Valladolid and Palencia, and road, rail, and hydraulic projects. 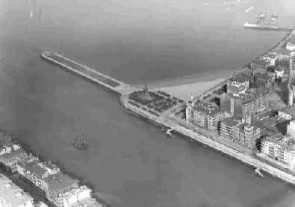 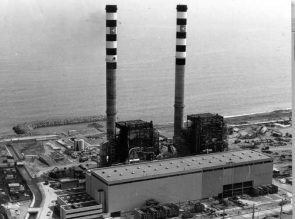 At that time, the company was under the outstanding governance of one of its co-founders: José María Aguirre Gonzalo. Aguirre Gonzalo was a major figure in Spain from both political and economic points of view, and he was president of Banesto for years. He gave the company a very personal touch. 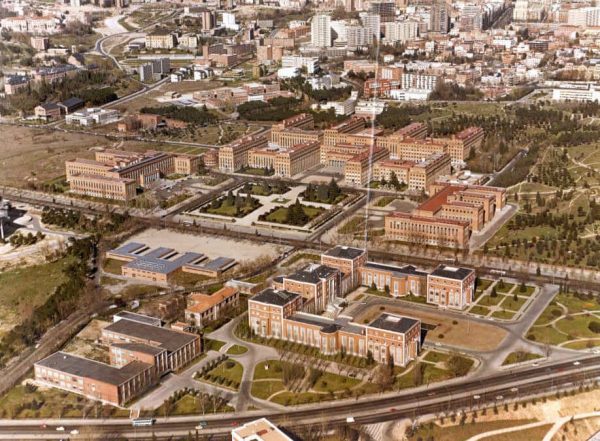 When I joined, Agroman was no longer running as well as in previous years. And yet, I remember those years in a special light: my father had worked at the company, and it was my first job. I started working in Santander and later in the Railway Works Division in Madrid and Andalusia. The majority of my later career at Agroman and Ferrovial Agroman was linked to bid analysis and recruitment, an exciting area that is even more interesting when working as part of a great team of excellent professionals and the best people.

In the late 1980s, the company was facing a crisis. Without Aguirre Gonzalo’s strong presence, it was lacking someone at the helm

In the late 1980s, the company was facing a crisis. Without Aguirre Gonzalo’s strong presence, it was lacking someone at the helm. The situation did improve, though only occasionally in the years leading up to 1992. This was the year when many significant investments were made throughout Spain, related to the Universal Exposition of Seville and the Barcelona Olympic Games, which entailed an ambitious plan for the construction of all sorts of infrastructure. 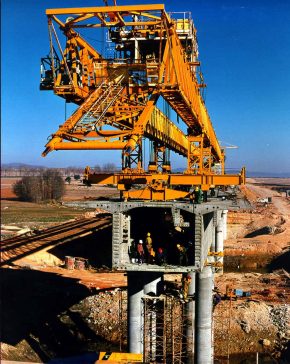 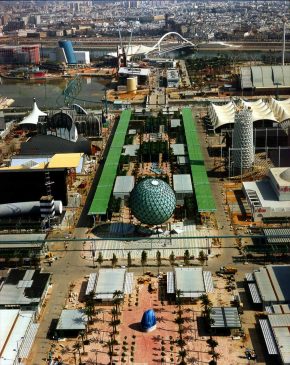 It was in 1995 when Ferrovial took the step of buying the company. By then, Ferrovial was already a big emerging company that had made smart decisions. One of them was entering the world of concessions, an emerging market that Agroman had not wanted to explore.

After the purchase, the two companies continued to operate as two different companies for some time. I have my own positive memories of that time, as Ferrovial sent Agroman managers who turned out to be flexible, understanding, and open to dialog. They didn’t come to impose Ferrovial’s style all of a sudden, but to see how we worked, to get to know each other, and to make constructive changes.

It went from uncertainty to certainty in 24 hours, without a second of doubt in the meanwhile. And we started working as Ferrovial Agroman

This collaboration created a positive climate, and in 1999, when the definitive merger took place, everything went exactly according to plan. Overnight, we were called into meetings where we found organization charts already set up. It went from uncertainty to certainty in 24 hours, without a second of doubt in the meanwhile. And we started working as Ferrovial Agroman. 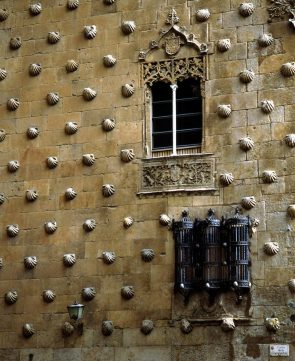 People were truly integrated, and at no time did we feel like we were being treated differently. Because the merger took place so peacefully, everything could be used: Agroman’s experience, technology, and knowledge. Everything could complement Ferrovial. The great growth of construction in those years, in full international expansion with strong growth in Spain (2000-2007),  saw Ferrovial Agroman ready, with the most valuable individuals properly identified and placed where their potential could be best used.

One of our company’s most recognizable projects, the expansion of the port of Bilbao, was awarded in the early 1990s and continued until 1999. It was an enormous project, the largest construction contract awarded to a single company in Spain at the time. The two companies integrated naturally over time, first as Agroman, then with Ferrovial as the owner of Agroman, and finally as Ferrovial Agroman. 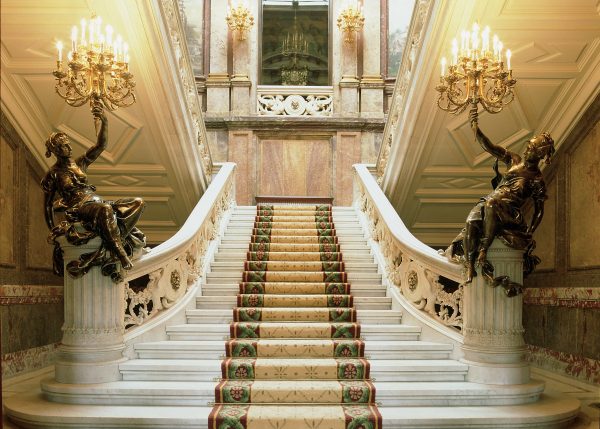 One of the awards from those first years that must be noted is the first section of the Costa del Sol motorway in Malaga. It was a significant event, and it took place around the same time as Agroman’s takeover. Concessions with Cintra have always been important projects for Ferrovial Agroman, where our skills are fully used.

I have a special memory of the 1999 study on the H407 ETR highway in Canada, which took place shortly before the merger. At the time, Ferrovial had identified two concession highway study opportunities, one in South Africa and one in Canada. Ferrovial’s new accounts team handled the first one, and Agroman’s did the second. Both bids were headed by Miguel Angel Eusa, Ferrovial’s Director of New Accounts. From the start, integration and mutual respect were of the utmost importance.

At the start of 1999, temperatures in Toronto stayed at 23 degrees below zero, and we learned what an ice storm was. As a result of that work, several months later, Cintra completed the H407 Contract, which is one of the company’s flagships today. That opportunity made us feel valued and integrated.

The keys have been having clarity around ideas, knowing where we are headed, having discipline in the organization, and not forgetting about innovation

From there, the projects started coming in. Ferrovial Agroman has been able to adapt to circumstances successfully by making good decisions and anticipating the market’s needs. International expansion has taken place in a reasonably smooth, progressive manner with relatively few hiccups. 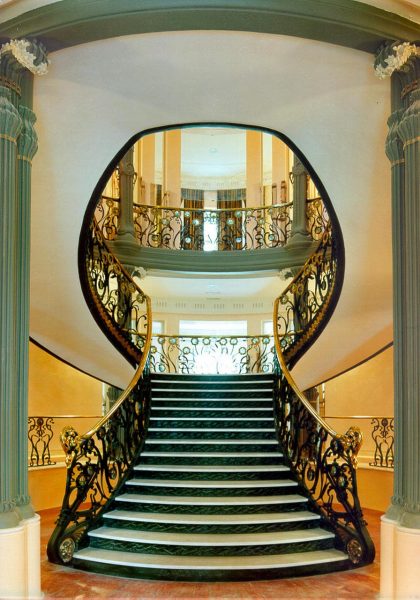 The keys have been having clarity around ideas, knowing where we are headed, having discipline in the organization, and not forgetting about innovation. The company keeps a careful watch not to miss any opportunity. 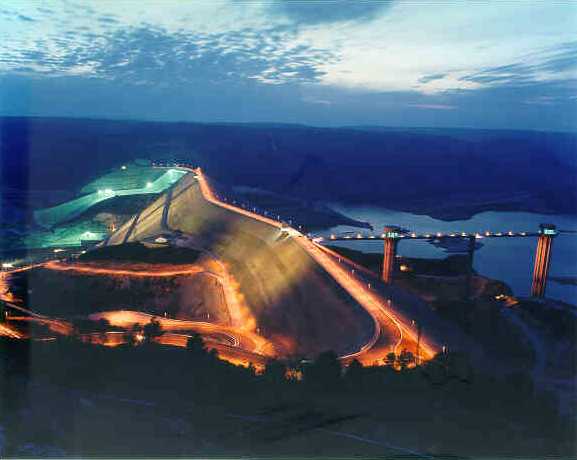 The years when Ferrovial and Agroman were separate companies are long gone.  In the first few months of the companies merging, it was common to see some lunch tables where Ferrovial employees sat and others where those of us from Agroman were. It was normal to stick with longtime coworkers.

Nowadays, all of that has changed. So many years have passed that now, for the most part, the memory and image of the company is associated only with Ferrovial Agroman. One company. 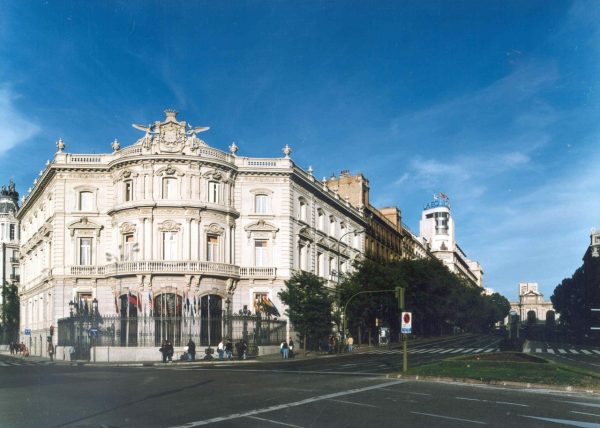 What hasn’t changed, as it was at Agroman and continues to be at Ferrovial, is the individuals’ commitment. Responsible, enthusiastic workers committed to the future of the organization, which will live on under new name: Ferrovial Construcción.