Microplastics, the Next Big Challenge for WWTPs

Though most of us have never heard of them, WWTPs (wastewater treatment plants) play an essential part in eliminating or reducing water pollution, whether treating urban waste or industrial outflows. The problem? Many microplastics manage to ‘escape’ from these purification systems, which is one reason why they’re often seen in the ocean. Interestingly, WWTPs (at least, those that are up-to-date) may be the solution.

What is a WWTP, and what does it do for you?

Wastewater treatment is a staple of urban and industrial environments. You can’t just dump waste (including fecal matter) into bodies of water like rivers, lakes, or seas. The impact would simply be too great. That’s where the design and construction of WWTPs come in.

Wastewater enters the WWTP and receives a pretreatment and a primary treatment, generally consisting of sieving out fine solids, degritting, and degreasing. The goal is to remove large solids so that the liquids can subsequently be treated separately.

After that is a secondary wastewater treatment, where the objective is to eliminate organic matter in compound sludge. This phase includes treatments like drying reactors, aerated lagoons, peat beds, or biodiscs, to name a few. By that point, much of the waste in the water has already been gotten rid of, but not all of it.

Tertiary treatment consists of reducing suspended solids, coliforms, and other pathogens before discharging the now-clean water into other bodies of water. Of course, purification plants, or DWTPs (Drinking Water Treatment Plants), have additional treatments.

Many microplastics can get through any filter

Tire treads and plastic bottles release large amounts of microplastics (in fact, a PET water bottle has 25 times more than tap water). However, the reality is much more complex, and the sources of microplastic vary more widely than often thought. Some are even in the home environment.

The cosmetic industry, for example, uses many plastic components in its products. Many toothpastes contain microplastics in the shape of spheres that help clean teeth; the same goes for creams. Clothes made from synthetic fabrics such as polyamide, polyester, or nylon also release plastic fibers that end up breaking down into microplastics.

The problem is that these fragments get through the filters in washing machines. However, they also escape sieve filters at WWTPs, as well as other filters based on physical and chemical processes. The result is that microplastics reach bodies of water, where they enter the food chain. In 2019, it was found in fish and shellfish; in 2020, it was even discovered in the placentas of pregnant women.

What problems do microplastics cause? 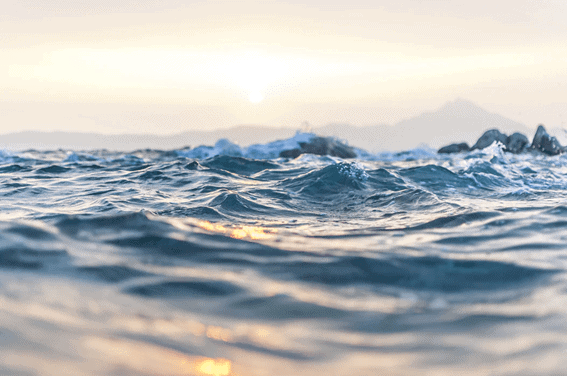 As this challenge is a relatively new one, not much information is yet available on the consequences of microplastics in our environment. We do know that microplastics “release endocrine disruptors” like molecules. This means that they are capable of altering the human hormonal system and even making it dysfunctional.

That is definitely not good news, either for humans or for marine life and other species. Microplastics accumulate just like heavy metals do: the higher up the food chain, the higher the density of microplastics. A 2019 estimate suggested that each person ingests thousands of microplastic particles annually, about 5 grams a week. Even if the figure is inflated, the problem is still a serious one.

Unfortunately, the problem doesn’t end there. Thanks to a complex study on the life cycle of plastic, we’ve known since 2018 that when microplastic disintegrates, it releases methane. In other words, carbon emissions and other greenhouse gases directly associated with human activity now have yet another source.

The fact that many WWTPs aren’t outfitted to capture microplastics doesn’t mean that there aren’t some that do. Reverse osmosis, which is already available at many water treatment centers, is an interesting solution to this problem. This technology can filter out particles measuring just a few microns, one thousandth of a millimeter. Now, we can catch microplastics.

Reverse osmosis technology is widely used in desalination processes, so it could also help clean the oceans – at least in a limited way. This is already the case with processes for capturing ambient CO2. We finally have the technology to ‘clean’ the Earth’s waters and skies.

That said, stopping emitting greenhouse gases or producing microplastics is the best strategy to reduce their environmental impact.