The day that Tomás Sánchez de Barrera arrived at El Paso del Jacinto, little could he imagine the role that history had in store for that dusty place. It was 1749, and the general, who served the Spanish Crown, had been expanding the royal dominions across the territory of Nuevo Santander for almost two years. Today, all those names have gone down in the history books but are hardly remembered.

El Paso del Jacinto was renamed Indian Ford; Nuevo Santander was folded into a territory occupied by Texas in the United States and Nuevo León and Tamaulipas in Mexico. The Rio Grande, known as the Rio Bravo south of the border, runs its course. On its banks, the ranch founded by Sánchez de la Barrera with just three families still bears its name: Laredo. Over the 270 years of its history, it would become the capital of a brief republic and a city with seven flags flying over it at the same time.

Let’s take it one step at a time. Today, Laredo is one of the main crossings on the Mexican-American border and the largest inland commercial port in the United States. More than $280 billion passes through it in imports and exports each year. Interstate 35 also starts there. With its six asphalt roads in each direction, IH 35 goes through Texas towards Minnesota, the backbone of the central United States. 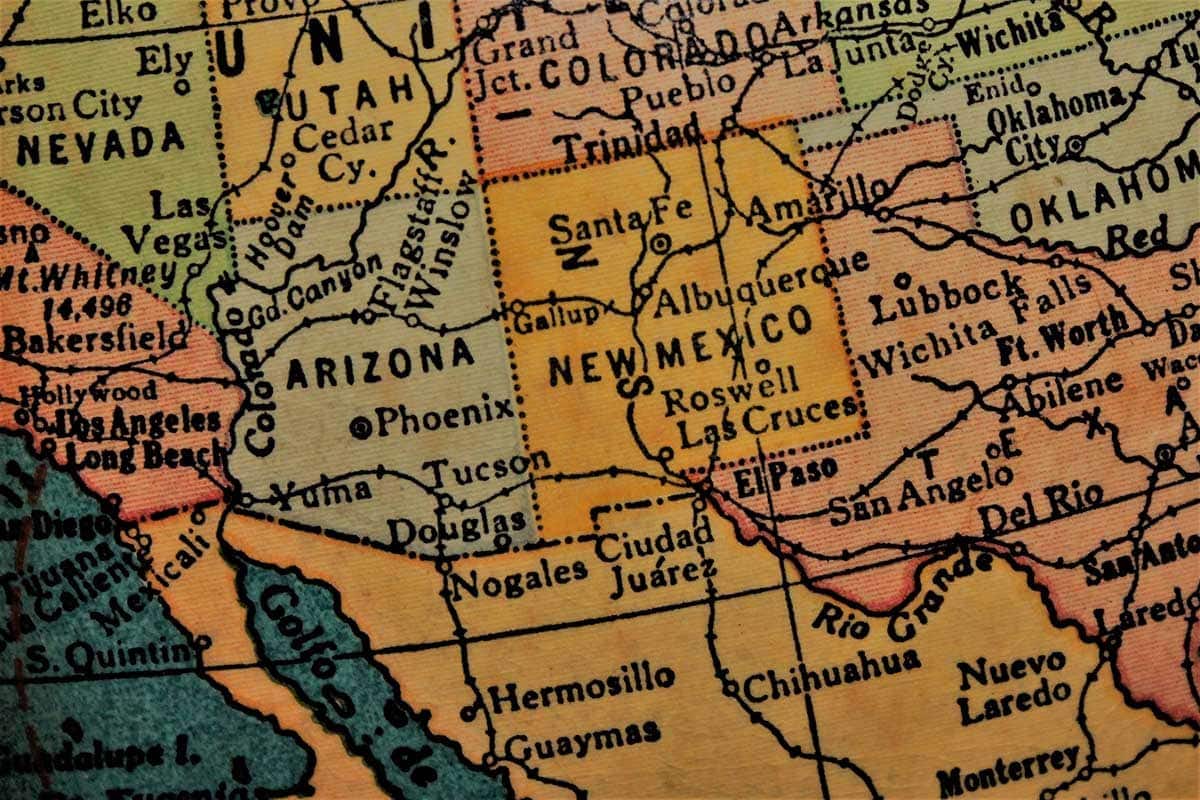 When Tomás Sánchez de Barrera founded the “Villa de San Agustín de Laredo,” the foundations of his world had already been shaken. To the north and south of Laredo, the European countries that controlled those lands sought to expand their dominions in an increasingly tense situation. Meanwhile, they seemed to ignore the burgeoning feeling of independence in much of the local population.

The founder of Laredo would die before the end of the 18th century, with no idea of what the next 100 years had in store for its people. In September 1810, after several years of political movements and the Spanish Crown growing increasingly weak, the armed uprising that would lead to the Mexican War of Independence took place; the war would last until 1821.

However, the country that would emerge from that conflict was little like the one we know today. Just over a decade later, faced with the growing central power of the new Mexican government, Texans, including the 2,000 people who were then living in Laredo, declared their independence. It was 1836, and it was 12 years before Texas would be formally integrated into the United States.

In 1848, part of Laredo’s population was not happy about abandoning their independence or moving away from their Hispanic roots. They voted in a referendum to return to Mexico, but the decision was not upheld (Laredo was part of a peace treaty between Mexico and the United States). So a few families crossed the Rio Grande and founded Nuevo Laredo on the other side. Today, both cities form a common cross-border metropolitan area, but that’s another story. 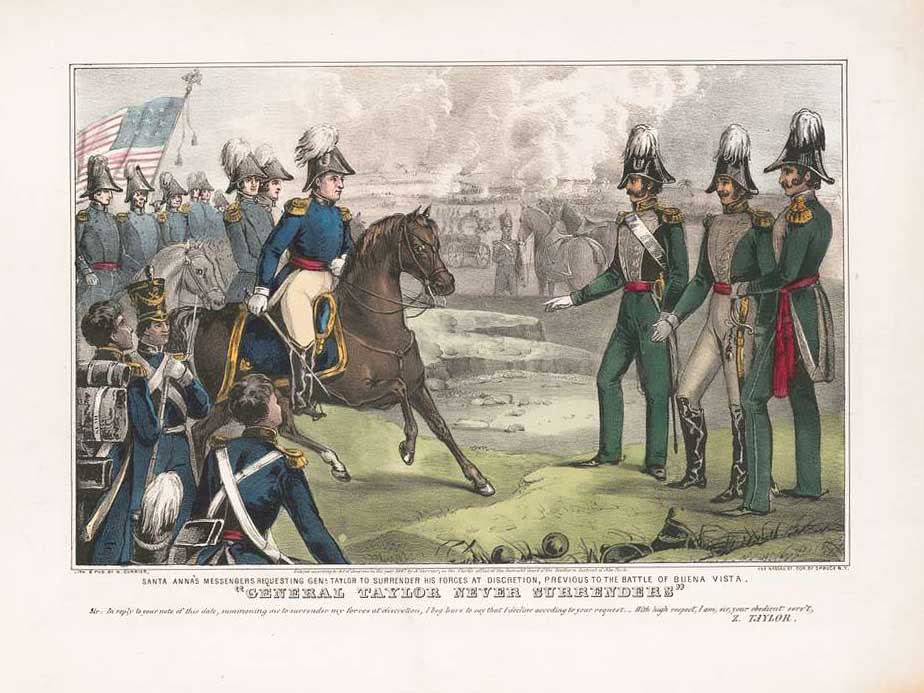 The 19th century and its liberal revolutions brought innumerable changes in the configuration of North America. With the United States already an independent country, revolts came one after another in the Spanish, French, and Portuguese territories. Mexico was one of the first new countries to appear on the map of decolonization, but its problems did not end with independence.

After Texas declared independence in 1836 and before Mexico went to war with the United States 10 years later, Laredo would have its most important moment as the capital of the Republic of the Rio Grande. As of 1824, Mexico was defined as a federal republic according to the constitution, but the government of General Santa Anna tried to impose a model of a centralized country in 1833.

Many states revolted against Santa Anna’s plans, particularly those far from the capital. The independence movements came in quick succession, including the one that led to Texas breaking away. In 1840, a coalition of the states of Coahuila, Nuevo León, Tamaulipas, and Texas founded the Republic of the Rio Grande, with its capital in Laredo, to increase pressure on the central government and restoring federalism.

Before the year was out, the dream of independence was stifled by the Mexican army. The brief republic had come to an end, but the conflict was far from over. Laredo wouldn’t be under the rule of Mexico for much longer. Six years later, the two countries separated by the Rio Grande would enter a war that lasted until 1848; then, Texas would officially become part of the United States. And Laredo and Nuevo Laredo would become an icon on the border.

And the seven flags? 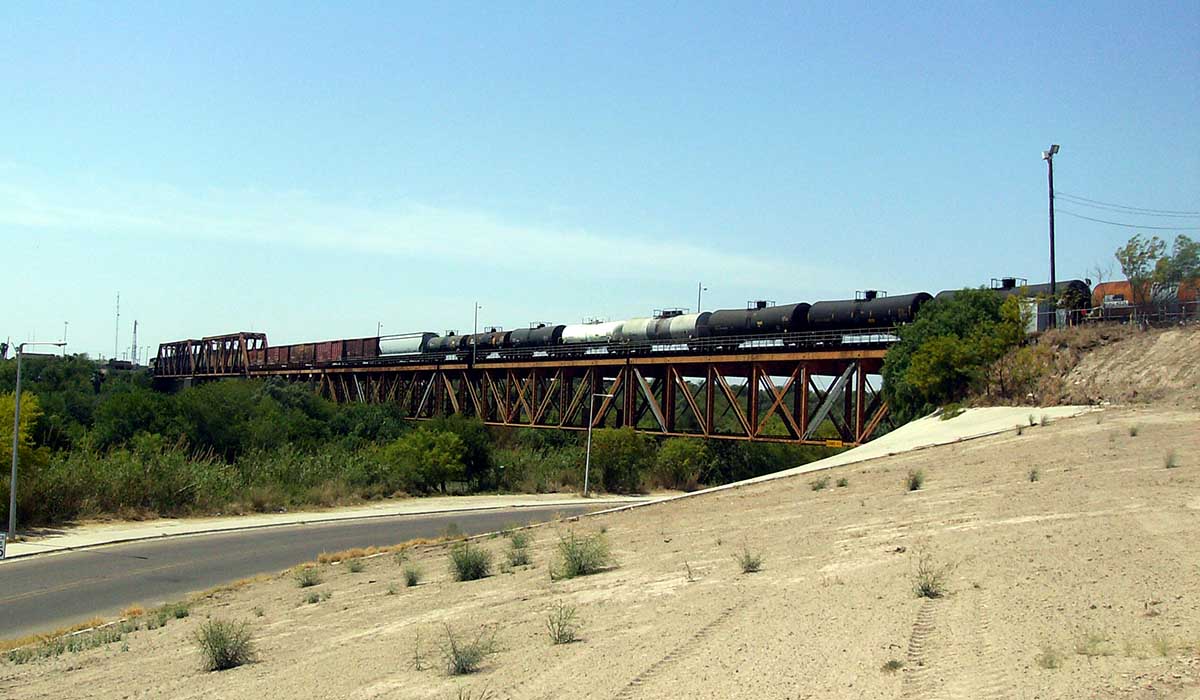 After the turmoil of the first part of the 19th century, the second half was a golden age for Laredo. The railroad’s arrival transformed the city into the official doorway between Mexico and the United States. The telephone and electricity arrived, and there was hardly any trace of that small ranch founded 150 years ago, except for the intense livestock activity that took place in the city.

Those years would also be a time of construction. Along with the railroad, the first railway bridge over the Rio Grande arrived in 1883 – and it is still standing today. With the 20th century came the highways. In the 1920s, asphalt came to Laredo as the US’s highway network expanded. Its capacity would grow over the years until the arrival of Interstate 35, the major highway now connecting Laredo with the rest of the country.

The motto of the “six flags over Texas” also became popular in the 20th century. With it, Texans describe the six nations that have, at some point in history, exercised control over the state (Spain, France, Mexico, Texas, the Confederate States, and the United States). But in Laredo, there is a seventh flag: that of the Republic of the Río Grande, commemorating the seven months when the city was the capital.