More than 500 years ago, Leonardo da Vinci imagined what we all want today: an affordable, zero-emission self-driving car. The Italian engineer designed sketches of a self-propelled vehicle that travels can for several meters along a trajectory that can be set in advance.

The plans for this self-driving car stayed on paper for centuries, until a group of Italian engineers decided to make them a reality in 2004. After carrying out digital tests and producing several models, they confirmed that da Vinci’s car was working (of course).

A car in theaters

To better understand the history of this self-driving vehicle, we must travel back to Renaissance Italy. At that time, theatrical events and big parties were the backbone of high society. The aristocracy spared no expense in hiring musicians, playwrights, and other artists to liven up their evenings.

The most prestigious and powerful families took things a step further and also got help from engineers to set up complex scenes. This is where Leonardo da Vinci comes in: it is believed that the self-propelled vehicle that he designed between 1478 and 1480 was commissioned by the Florentine Medici family for one of these great, opulent plays. 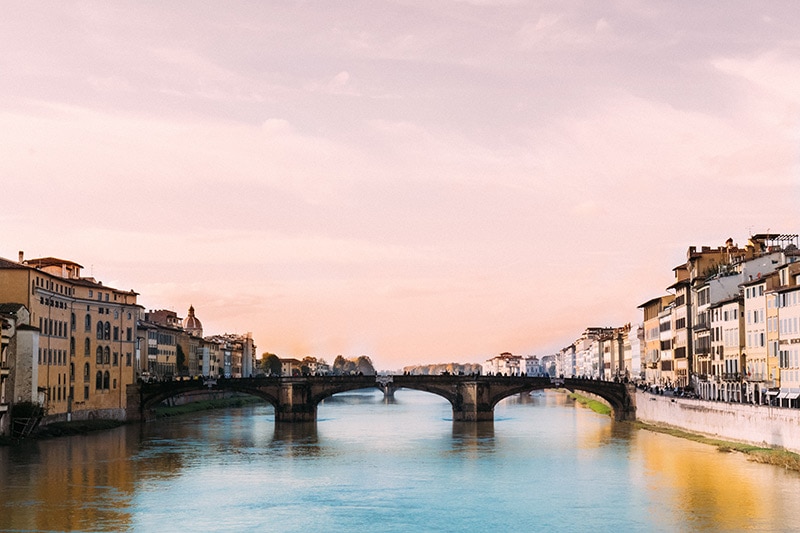 “The Renaissance courts needed artist engineers who were able to design machines, sets, costumes, weapons, or musical instruments, and who could occasionally perform,” Matthew Landrus explains in his book ‘The Treasures of Leonardo da Vinci.’ “The evidence shows that Leonardo was involved in theatrical productions and in organizing public events.”

Everything seems to indicate that da Vinci designed this car to move across a small, flat surface, like a stage. Perhaps it was used to transport mobile features, such as parts of the set during the function. As Landrus points out, if it had been intended for other contexts, such as military use, its wheels and its frame would have different characteristics to adapt to uneven terrain.

The original sketch of Da Vinci’s vehicle, which is preserved in the Codex Atlanticus, piqued much interest during the twentieth century. However, several attempts by historians, scientists, and engineers to make it a reality ended in failure. It was not until 2004 that it was discovered that these attempts failed at the same point in the process, and a new interpretation of the documents let it come to life.

It was the Italian historian Carlo Pedretti who sensed that, contrary to what was believed until then, the drawing’s leaf springs don’t have a motor function but instead regulate movement. The engine’s work is done by a pair of spiral springs in drums under the cart (which, according to engineers who reconstructed it, are only just hinted at in the drawings). 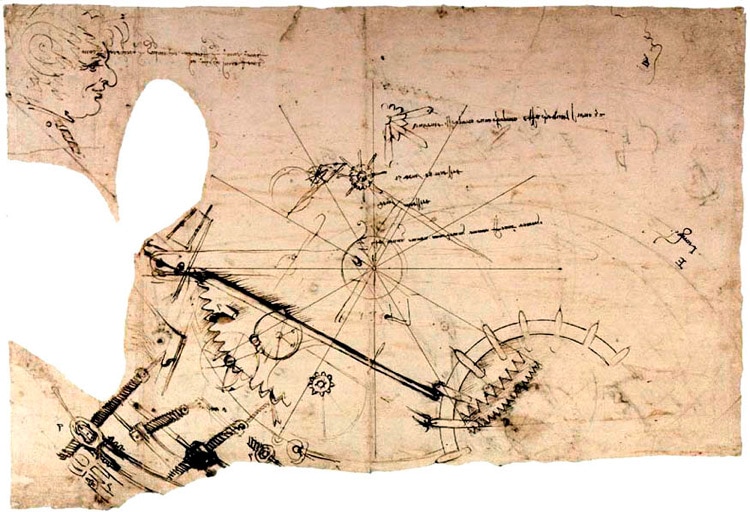 One of Leonardo da Vinci’s sketches of instruments. Galileo Museum.

Thus, the car works somewhat like a wind-up toy (though it has a more complex mechanism). It is driven by the action of these coiled springs, which are coupled with toothed wheels. It also has a guided braking system with cables and an adjustable steering system. This would allow it to move along a trajectory set by the fifteenth-century sets.

The reconstruction of Leonardo da Vinci’s car was first presented to the public on April 24, 2004 at the Institute and Museum of the History of Science in Florence. To make it a reality, a team supervised by historian Paolo Galuzzi carried out a study of all the elements represented in Leonardo’s drawings.

In an initial phase, they explain how they used computer programs and three-dimensional models to test technical aspects like the gear toothing pitch, transmission systems, and motion regulation in real-time. 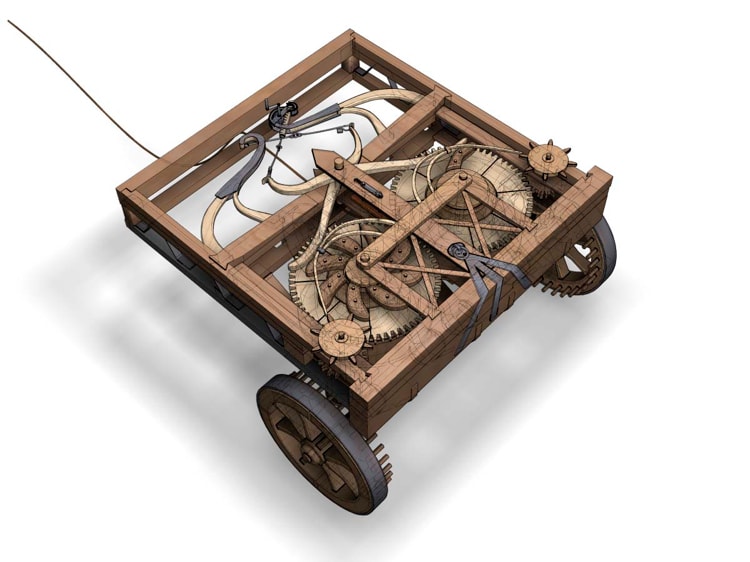 “Through analysis and digital modeling of the individual mechanisms and their progressive assembly, the cart has come to have the exact shape outlined by Leonardo,” the creators explain. Once the digital model was completed, a wood prototype was made; to the team’s satisfaction, it worked on the first try.

“The sketches of the gears for this machine suggest that Leonardo thought it could be built. Thanks to this reconstruction, we now know it could work, but it would be dangerous to try to drive it,” says Matthew Landrus on this reconstruction in his book about the Italian artist.

The self-propelled system is part of Leonardo da Vinci’s long list of engineering inventions, such as the ornithopter, the excavator for canals, and the automatic saw, among many others. It also adds to other contributions that have historically received less attention: those made to the world of theatre.

For the carnival parties of 1496, for example, the artist was responsible for creating the stage and sets of a musical comedy by Taccone. According to Landrus, these included curtains with optical illusions, an extremely complex lighting system that represented the starry sky, and even cranes that allowed Mercury to fly and the gods to float in the clouds. But this is part of another story.