In January of 2018 China imposed limits on imports of waste products such as PET plastics and paper from countries like Spain. Earlier this year The New York Times reported on the collapse of waste collection systems in the UK, Canada, Ireland and Germany. China has taken the first significant step towards environmental protection, and now it is our turn to rack our brains and come up with some better models.

While we have been talking about the circular economy for years now – and in this article we will offer some examples of how it is implemented on both an industrial and a domestic level – arriving at a situation in which the raw materials cycle is transformed from being a straight line that ends up in the oceans or on rubbish tips to one that is circular is a very complex matter.

The task is not an especially difficult one when industrial waste has no value. Luckily for us, businesses increasingly produce both recoverable waste and materials that are not yet considered waste and can be re-marketed. Do you know the difference between the two, and how can we valorise the waste and raw materials produced by our economies?

Empty containers are not waste

By and large the majority of readers confuse rubbish with waste. Our culture, some millennia in the making, has convinced us that waste is anything that is no longer useful. With the understanding that if it is not useful to us then it is of no use to anybody, we toss our waste into the bin, thereby initiating the mechanism of municipal waste collection.

This is the precise moment in which a glass bottle that is of no use to us becomes an article of waste to be processed by the competent authorities. It left our house as a re-useable, empty container, but as soon as it enters the recycling bin it (legally) becomes a material that is classified as waste.

The difference between rubbish and waste is that, on a domestic level, you are not obliged to fill out reports or comply with a series of storage requirements; you merely have to separate the various materials. 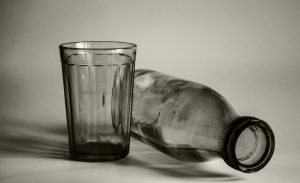 If instead of recycling it, we tossed a glass bottle into the organic waste container (no, don’t do it!), it would not only be waste, it would become a polluting element; in other words, a raw material that is not where it is supposed to be, and one that will not be part of the circular economy that recycling is designed to ensure.

On a domestic level we can re-use a glass bottle by converting it into a water bottle, for example, thereby reusing the item and breathing a second life into the material. This supposes significant relief for the environment as we no longer have to worry about the plastic bottle.

We could also convert it into a recyclable material by putting it in the container for glass recycling. In this case the bottle is taken to a recycling plant, where it is ground down and separated by type of glass via a series of physical processes. Once it has become ground glass it can be re-sold to the manufacturers of the original bottle. While this type of revaluation is common today, it was preceded by darker times…

The tradition method of assessing waste (not to be confused with revaluation) is based on the cost of disposal; in other words, of eliminating the item from the production system. For example, in earlier times, before environmental impact was even thought of, textile companies would dump liquids used for colouring their fabrics directly into the rivers.

The motive being that the direct cost of disposing of these liquids by other means was far higher, so polluting was affordable. Now that we have become aware of the true cost of disposing of any kind of waste in natural surroundings, this type of practise has been prohibited.

Continuing with the above example, today, by means of a series of filters and pouring-off processes, the majority of the ink particles can be separated from the water, meaning that most of the material can be recovered and used in another cycle and the waters in the surrounding area are not polluted. 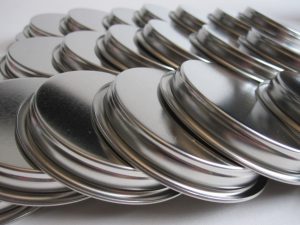 A similar case can be seen in the manufacture of aluminium cans using more tangible raw materials. The upper and lower parts of the can are round (see above), while the laminates that constitute the body are taken from large sheets of aluminium. The cutting process generates large quantities of metal that is of no apparent use (see the pieces highlighted in red below). 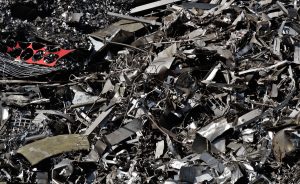 While as a rule the industry today sends these pieces to aluminium sheet manufacturers or other interested parties so that they may be re-used, there was a time when they were disposed of directly on the rubbish tip, as the cost of sending them back to the manufacturers was far higher than just throwing them away. Luckily, this little feedback loop has given rise to a secondary market, that of waste recovery.

Increased social awareness, stricter environmental legislation, and the creation of a circular economy have encouraged waste recovery. Rather than supposing increased manufacturing costs, many of these by-products are an interesting source of income in secondary markets.

The aforementioned textile company can reuse the recovered ink in the next cycle, but if the material could not be re-used because it is too diluted, it could always be classified as lower-strength ink and re-sold in a different market, meaning that any surplus from a manufacturing process can be re-used as the raw material for another.

In strictly formal terms this step would make the word ‘waste’ redundant, as the material never reaches a re-processing point, such as a recycling plant. The same example could be taken for the aluminium can factory, which is able to re-sell leftover pieces that are of no further use in the manufacture of cans.

Using nature as an example 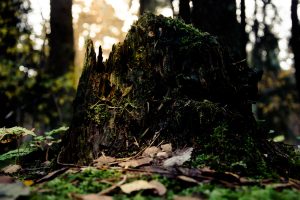 Consider for a moment any animal or plant process, for example a tree, the mission of which is to grow, absorb light, and process nutrients from the soil. What happens when a storm tears the tree in two, leaving it to fall to the forest floor?

Instead of becoming a pollutant or a toxic element, in the blink of an eye millions of bacteria begin to feed on the bark and the trunk core. Termites use it as a home, and it even serves as a refuge for other animals while decomposition continues. So, in the long run, the components of the former tree become part of another living organism.

This 100% circular process is precisely what industry is trying to emulate. In the area of infrastructure construction, for example, we could mention how road surfaces are removed, processed, and converted into other materials that are used in road construction. In other words, road recycling.

The difficult task of redesigning industry

In order that the by-product of any process may be reused, be this in the dyeing of fabrics, tin can manufacturing, road construction, or whatever, the process must be re-evaluated at the design stage with a view towards integrating its by-products into circular industry. This rule is applicable to any sector.

Let us stop for a moment to consider energy, a sector that is home to the most dangerous waste product we know of, i.e. nuclear waste. Once the energy production process terminates, we are left with irradiated fuel, and while some of this is recycled to obtain plutonium or uranium, apart from sending fascinating samples to laboratories around the world, we have no idea what to do with the majority of it.

The same occurs with thermal power plants. What to do with the CO2 and other emissions? If we could redirect these greenhouse gases to other processes we would not have to send them into the atmosphere. For the moment, however, industrial processes that require these materials do not appear to exist. The waste cannot be recovered, even though the costs involved in doing so would be minimal. 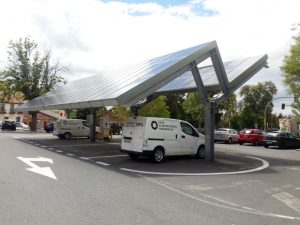 The opposite can be said for wind farms and solar panels, which do generate recoverable waste. Once a solar panel reaches the end of its useful life, its components still possess value. The same can be said for wind turbines, where, although dismantling incurs some costs, the raw materials still have some value, and not just within the energy sector.

Our aim here was to illustrate the difficulties facing a wide range of sectors. If we are to transform industry into a circular economy, all brand names and business entities have the obligation to redesign their cycles in such a way that all surpluses and waste products that are generated possess some value for another brand, or business, and this is a complex idea.

Think for a moment about the domestic problem of buying foodstuffs that are not wrapped in plastic. Some foods may be purchased unpackaged, while others like fresh lettuce need to be protected by plastic or cardboard, a single-use package for which brands have yet to find an alternative.

Many industries face similar problems and many processes still use raw materials that generate waste products of no value. And while re-orienting these processes will suppose additional effort and significant investments in R+D, it is a step that must be taken.