Cars That Listen and Streets That Give Senior Citizens the Right-of-Way: Welcome, Smart Roads

Today, Belmont is a large plot of dry land in the middle of the United States. It is the size of Paris, located near the town of Buckeye, Arizona. In the coming years, that empty landscape will become the first smart city built from the ground up (if the plans made by its main investor, Bill Gates, come to fruition). Data centers, self-driving cars, high-speed communications networks, sensors, and smart streets will be the norm for its initial 80,000 residents.

As with many of the plans for smart cities, Belmont’s plan is currently just that, a plan. However, the project underscores the importance of connected infrastructures and their smart management in the cities of the future. And there are already real-life examples of smart roads in operation.

From smart pavements to energy-generating roads

The plans the future has in store for roads are many. Here, we’ve already discussed the importance of smart routes to pave the way for the gradual introduction of self-driving vehicles. Or smart pavements, such as those being tested by Integrated Roadways in Denver that provide real-time traffic information.

In addition, advances in sensors systems, artificial intelligence, the Internet of Things, and the coming 5G mobile technology make dreaming about new purposes for roads, such as generating power for electric vehicles by integrating different technologies or smart roads capable of reducing congestion. But beyond the big advances, many concrete, real cases are already changing the way both people and vehicles relate to roads. Let’s take a look at three of them. 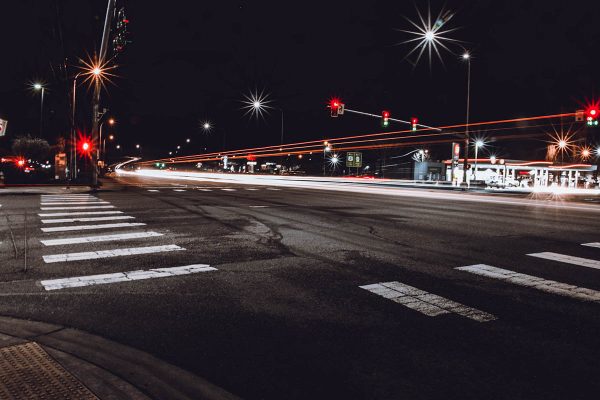 Can a traffic light develop empathy for a slow pedestrian? Unsplash/Zac Price

Ever since road traffic (first horses and then motor vehicles) became the protagonist of our cities, its coexistence with pedestrians has not been without complications. It was precisely due to those complications that the first traffic light came to be. Today, technology increasingly contributes to the intelligence of these light signals. In Tilburg in the Netherlands, they have managed to give their traffic lights empathy and wait for slower pedestrians or those with mobility problems.

By means of this solution called CrossWalk, which was developed by Dynniq, traffic lights scan the street and sidewalks. If they detect a pedestrian, who must have the CrossWalk app installed on their smartphone, they can adapt their timing to the individual’s mobility. That is, if there is a person in a wheelchair or an older person who walks slower, they will stay green longer for the pedestrian.

The system, which has been gradually implemented since 2017, uses the software that many traffic light systems in the city already have, as well as the GPS technology available on most devices. The project is part of Tilburg’s urban plan to become a friendlier city for pedestrians and cyclists, and not to the detriment of other vehicles. 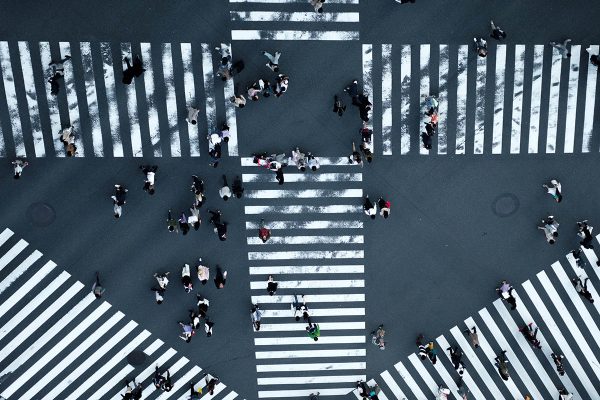 Pedestrian crossings are a double-edged sword in terms of road safety. Unsplash/Sora Sagano

Starling Crossing: a pedestrian crossing for the future

Pedestrian crossings are a double-edged sword. Pedestrians are often overly confident around them, feeling sure they can cross the street. Cars, depending on the place and time of day, don’t always slow down as they should. South of London, a company called Umbrellium and the city’s Transport Research Laboratory have come up with a solution to increase safety by means of machine learning.

According to Umbrellium, the crossing area is monitored by cameras, and the surface has integrated LEDs that are controlled by the artificial intelligence system. Thanks to a neural network, cameras are able to recognize objects moving along the roadway and sidewalk, differentiate them, and anticipate their trajectory. Based on that information and the time of day, it indicates a safe crossing, a red configuration when an unexpected crossing occurs, or caution signs for vehicles.

Smart roads are much more than luminous surfaces and roads equipped with artificial intelligence. The term also refers to their smart management and the use of technologies in planning the cities of the future.

In the Dutch city of Dordrecht, a company called Libelium and a student from the TU Delft university installed sensors and devices from the Internet of Things at various intersections in the city center. In a little over a year, until mid-2017, they collected detailed data on the mobility patterns of pedestrians and vehicles and the actual demand for each road. This data is now being used by the local government for urban planning, traffic management, and managing the use of public facilities.

These three pioneering projects are just a small indication that smart roads are already among us. In the coming years, as mobile communication technologies and as data storage and processing capabilities improve, streets and roads will get smarter in order to continue to be an essential infrastructure in the cities of tomorrow.