There are new roads leading to unexplored territories. And others are so old that their origin has been lost to time. Some are so important that their names change and paths over the centuries, yet they continue to serve their original purposes: connecting, communicating, and making development possible.

In the United States, cowboys and caravans carved the routes for what are now some of the country’s great highways. In the Iberian Peninsula, there is a path of stone and precious metals that has been connecting the south and north for millennia, seeing civilizations come and go, outliving the novelties that each brought. This is the history of the Vía de la Plata, the Silver Way.

A path of gold and tin

Now known as the Silver Way, there is no evidence that this route, which initially connected the south of the peninsula with the mountains of León, was ever used for the silver trade. However, metals do play an important role in its history.

Although it likely originated in even older roads, it was during the Tartessos civilization in what are today the Spanish provinces of Huelva, Seville, and Cádiz and southern Portugal that the importance of this route first took root. During the millennium before Christ, those roads became a growing route to trade tin and cattle.

By the time of the Roman Empire, starting in the second century BC, the Silver Way had become a paved road. As the peninsula’s conquest advanced to the north, the Iter ab Emerita Asturicam, or the road from Emerita Augusta, present-day Mérida and then capital of the province of Lusitania, also grew. That road ended in Asturica Augusta, today Astorga, near where the Empire had one of its largest gold mining complexes. It connected cities like modern-day Salamanca and Cáceres. 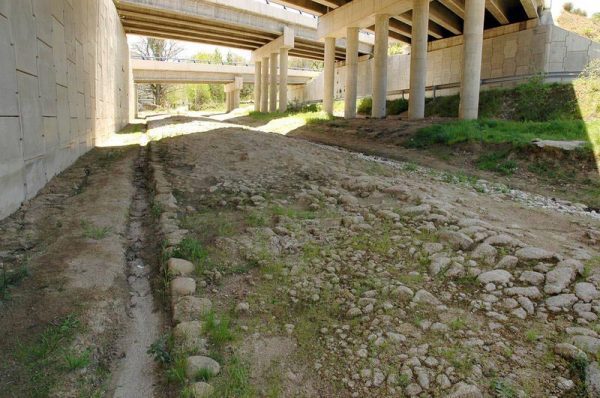 Vestiges of the Roman road where it passes through Puerto de Béjar, Salamanca. | Wikimedia Commons/Raimon puerto

No sign of silver at the moment. Even so, the road has reached our time as a reference point for this precious metal. The most accepted theory about the etymology of the Vía de la Plata has to do with the next great civilization that settled on the Iberian Peninsula: the Muslims. During the eight centuries of Al-Andalus, it is thought that the Roman road, like many others, was used for commerce and communication.

Thus, it is from the Arabic word al-balāt, which means slab, stone pavement, path, or road and is quite present in Spanish and Portuguese toponymy, that the current reference to silver could have been derived. Even so, it was not until the beginning of the 16th century, in a letter from Christopher Columbus and in a study by Antonio de Nebrija, that the ancient Roman road was tied to silver.

An asphalt road with a thousand-year-old route

As the Christian monarchs came into power on the peninsula and Muslim rule weakened, the Silver Way became an axis that provided the backbone for a new reality. The old road thus became one of the many paths for the pilgrimage to Santiago de Compostela, a use that it still serves today.

Great roads endure over time; the first Tartessos route’s suitability and the Roman layout and paving were forever integrated into the incipient network of communications and roads in Spain. Even today, they survive in a memory that has taken the form of asphalt.

Thus, the N-630 highway, one of the longest highways in the country, was inspired by the Silver Way; it links Oviedo and Gijón in the north with Seville in the south. It unites most of those initial urban centers that grew under the Roman Empire and that are cities today. It does miss Astorga by a few kilometers, though the city was once the end of the Roman road. In recent years, the same route has also been used in part by the A-66, the second-longest highway in Spain. 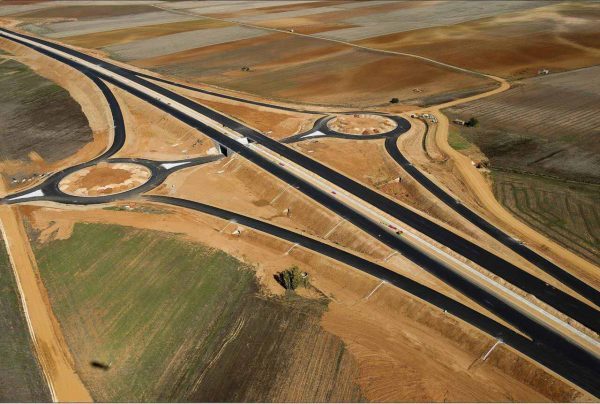 One section of the A-66, also known as Silver Highway, that’s under construction.

The A-66, whose construction Ferrovial has participated in, connects Gijón and Seville with a high-capacity road measuring almost 800 kilometers long. After setting out from the Asturian city and going around Oviedo, the route crosses the mining valleys; its only toll section crosses the Cantabrian mountain range through the Negrón tunnel, bypassing the ascent to the mountain pass Puerto de Pajares. Its path continues to the south, connecting the western part of the peninsula and its main cities, including what was once Merita Augusta.

The highway enters Andalusia through the Sierra de Tentudía, crosses the Sierra Morena, and ends its winding path at the port of Seville. There has also been port activity in the harbor of the Guadalquivir estuary for millennia, some 70 kilometers from the Atlantic. Silver did come through there from America, and a lot of it: the precious metal was distributed to the north and east through a growing network of roads, some of which had been paved for a long time.