Let’s face it, one of the traditional hallmarks of monetary success is living in a large house. Just watch an episode of MTV Cribs! More recently though, the Tiny House Movement has become a platform for sustainability and simplification. Downscaling your life into less space is becoming seen as a potential means to environmentally responsible living.

Note: Most of this article will be US-based, as this is where a large part of the movement comes from and therefore most of the data. 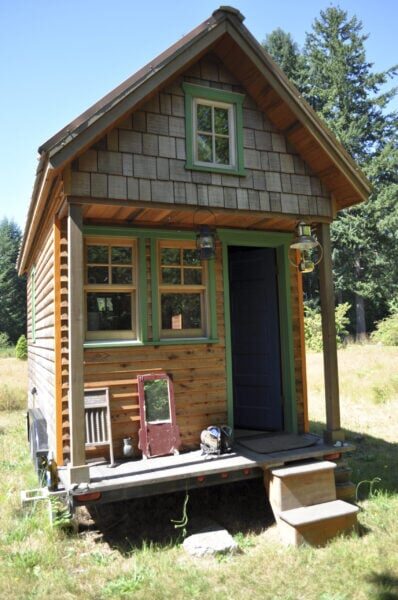 The idea, at its most simplified, is that a big house means big bills; you’re spending more energy to heat (and/or cool) a larger volume of space. A tiny house typically qualifies as having 36 square meters of floor space or less. Since the majority of our energy is from coal, oil and gas (nearly 84% in 2020), the smaller your individual energy expenditure, the smaller your personal carbon footprint. Ergo, a smaller house equals lower bills, equals lower carbon footprint. Win-win! At least in theory.

The Pros of Living in a Tiny House:

Let’s begin with self-interest and work up to nobler concerns.

The cost of the average US home has been estimated at roughly $300,000 while a tiny house averages $45,000. The range is from $6,000 at the lower end for the most basic “cabin” models, up to above $100,000 for the luxurious varieties. Such drastic reductions in cost are a tantalizing option for wannabe homeowners on a tight budget.

Another benefit is the amount of electricity required: 7% of an average US house. This is clearly a financial gain but converts well in terms of sustainability too. An average home in the US produces around 12,700 kilograms of carbon dioxide per year, while the average tiny house uses about 910 kilos.

The reduced materials required to build a tiny house also contribute to its sustainability. To increase their green factor yet further, said materials can be recyclable or even recycled, such as used corrugated tin and pine flooring. 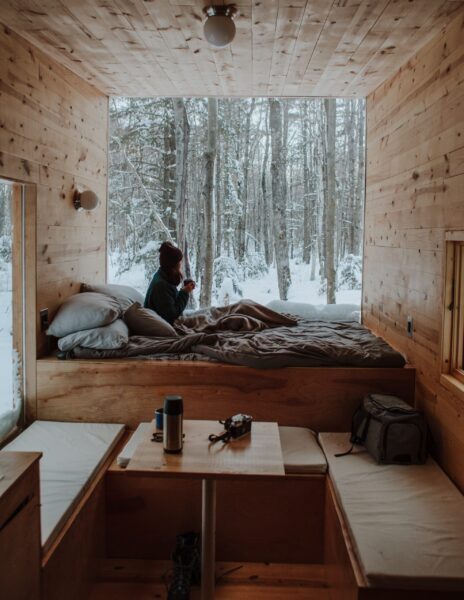 One example of someone taking recycled tiny living to the next level is student Stella van Beers in Holland. She has created a tiny house inside a disused grain silo. Her project, Silo Living was created for her final project in 2021 as part of her undergraduate degree at Design Academy Eindhoven.

The most thought-out tiny houses make highly economical use of the limited space they have: Many utilize fold-away tables and chairs, stairs that function as storage cupboards, and combined shower-toilet spaces (although you might be forgiven for not finding that last one appealing!).

Another part of the movement is the freedom to move your home, whenever you want, wherever you want, at least in principle. Many or most tiny houses come on wheels, with a trailer attachment.

Enthusiasts have also created communities, both in-person and online, where resources such as Wi-Fi or washing machines can be shared. The idea is to create a group of like-minded, sustainability-sensitive individuals who spend more time outside with other people. As the area of the average home has increased in the U.S., the average number of friends has decreased. Tiny housing can be seen as a potential antidote to isolation. 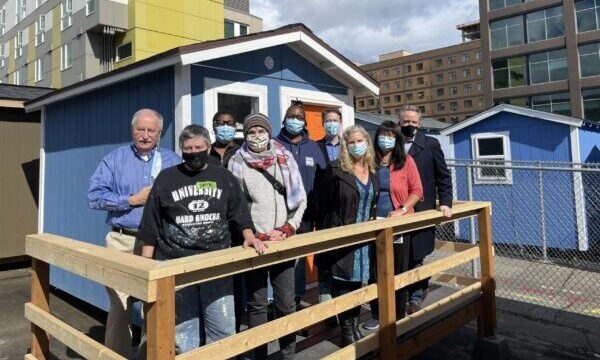 The Cons of Living in a Tiny House:

Naturally, there are downsides.

The first is that tiny houses are still something of a niche in the real estate market, although the trend is growing. If you are looking to buy land for your tiny house, the zoning laws are frequently against you, meaning that you will usually be forced to rent the land your home is on. This, naturally, decreases the amount of saving you can do.

In the U.S., the American Tiny House Association (ATHA) is part of the community built around adapting the country to become more tiny house friendly. On the website, they encourage contacting local and city governments to apply pressure. Another possibility is that as 3D printing of houses becomes a reality, the laws regarding small properties may have to change (See How Close Are We to Printing 3D Houses?).

Meanwhile, in Victoria, Australia there are moves to create off-grid, tiny house communities, such as the Warburton Tiny House Community on Facebook. However, there appear to be issues if you cannot class your tiny house as a caravan, at least for now.

Having explored the affordability of a tiny house, one can run into the messier problem of mainstream banks having no available mortgages for tiny houses.

In the U.S., personal loans are an option, although the interest rates are much higher than a mortgage would be. Some put their expenses onto a credit card, assuming the tiny house is cheap. Other options are taking out a travel trailer loan or a recreational vehicle loan from a credit union, but that requires your tiny house to fit the description. If you own your current home, you might be able to use it as collateral for a line of credit, but obviously that puts your main home at risk.

Investopedia’s article about the topic contains an insightful table, Financial Considerations of Buying a Tiny House, which calculates some of the options, although they are entirely based on the rates of US banks. The Tumbleweed Tiny House Company website also provides a calculator for Tiny House RV Loans, though the term “RV” would suggest that the house must be mobile.

The Tiny House Movement appears, initially, to be a valid response to two issues: Sustainability and affordability. One cannot help but applaud the values of self-sacrifice for the personal and common good that are implied.

Nevertheless, there appear to be many challenges to successfully finance tiny house purchase and find a place to put it (not to mention whether you would be willing to raise a family in such a confined space). Being aware of the laws where you plan to live or visit seems essential. Therefore, long research and careful consideration are required before making any serious decisions.