Urban biodiversity: What is it, and why is it urgently needed?

Did you know that urban biodiversity makes you happier, increases sales at local businesses, and makes children develop their cognitive skills better, among other benefits? Urban restoration aims to renaturalize cities to make them compatible with lost nature, which is part of humanity. Why is it so necessary?

Cities play an important role in the conservation of biodiversity, both for the preservation itself and for the necessary ecosystem services that biodiversity and vegetation provide to the inhabitants of these areas. In an increasingly urban world, it is imperative to renaturalize our urban environments. There are no cities without nature.

What is urban biodiversity?

Urban biodiversity is all that variability or diversity of living organisms within a region. It is the whole set of living beings and their relationships. As Boada, Maneja, and Knobel listed, this biodiversity includes:

This urban biodiversity is a basic need of cities. Without it, it is unfeasible to prosper as a society or achieve the much-desired sustainability (environmental, social, and economic). However, this is a sphere of urban life that has been neglected for almost a century.

Even today, reports like ‘The Sustainable Development Goals in 100 Spanish cities,’ which contains 85 indicators, do not contain a single one related to biodiversity.

How does urban biodiversity affect the environment? 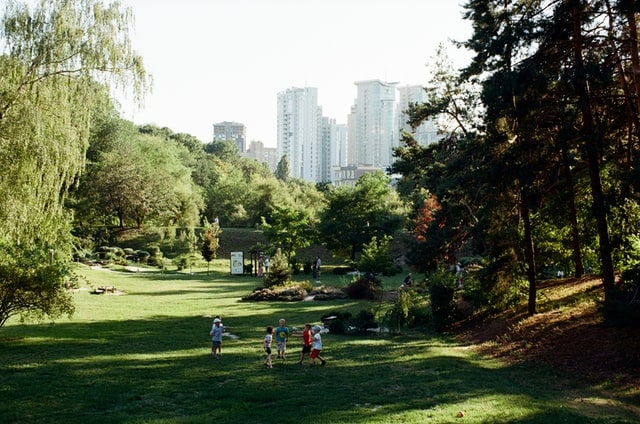 If urban biodiversity is one of the greatest social demands in recent years, it is because of its innumerable benefits for the environment. The short list below shows some of the most significant factors.

With its focus on vegetation, biodiversity is estimated to help disperse and absorb 50% of urban traffic noise (study). Besides, it only takes a lot of vegetation to achieve this. In some places, ways of putting vegetation next to the roads to reduce noise have been studied, making driving even more pleasant (study, study).

Vegetation and water bodies (BGI, Blue and Green Infrastructures) are known to help reduce urban temperature (study), which is very important in a climate change scenario. How do they do it? Through two mechanisms:

This reduces the need for air conditioning and, therefore, energy, as well as the intensity of heat waves. It also stabilizes the climate for other species, such as birds, insects, and reptiles.

There’s a lot of talk about urban resilience, and one way to achieve it is with vegetation that fosters animal biodiversity, which fosters vegetation… In this meta-study, they explain how vegetation and animal life stabilize each other. This leads to an important conclusion: once the investment in green areas has been made, these are exceptionally affordable to maintain.

Because of their density, cities tend to concentrate air pollutants even when very few air pollutants are generated per inhabitant in their environment. The role of vegetation in trapping CO₂ from the air is well known, though they also filter heavy metals and suspended particles (study). They also act as an active screen, even if they do not absorb them.

How does urban biodiversity affect people? 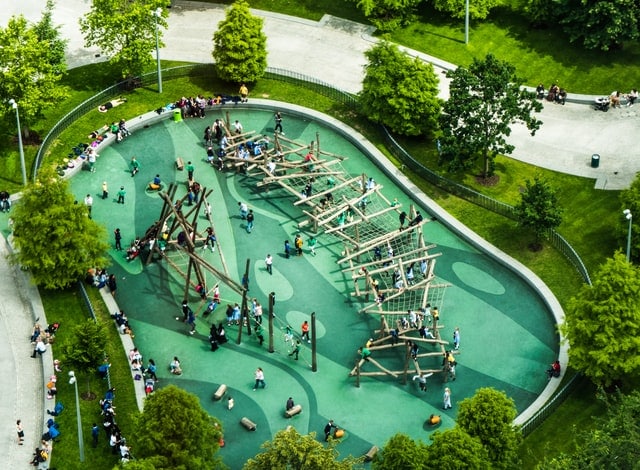 There are also significant advantages for the local population and the ecosystem, many derived from the previous ones.

1. Invites physical activity away from home

2. Improves the mental health of the population

The mere fact of living next to parks reduces the possibility of suffering from depression (study). Walking under trees on the way to work and listening to the birds singing reduces stress (studies). Being exposed to ‘urban nature’ reduces the symptoms of many chronic diseases (study, study, study, study…). The evidence keeps pointing to renaturalization.

Walking in green areas is associated with greater cognitive development in children (study), higher intelligence (study), and greater creativity (study). The benefits are also seen in adults, though they are not as broad. It is known that everyone concentrates better when crossing through or living next to areas rich in biodiversity. It also reduces mental fatigue (study).

It’s funny, but there’s a relationship between crime and lack of vegetation. Or in other words: crime is triggered when plants are lacking because they are effective in reducing violence through psychological stabilization (study). The first reliable studies date back to 2001, and they are brilliant. One of its immediate consequences is the improvement of local trade (study).

What do cities do for urban biodiversity?

Now that you know what biodiversity does for your city and for you, what are city councils doing to bring you green spaces?

The video above shows the hypnotic Catharijnesingel in Ultrech, before and after its renaturalization. All over the world, cities are giving space back to bodies of water. Rivers, streams, wetlands. The Seine (Paris), Cheonggyecheon (Seoul), the Manzanares River (Madrid), the Willamette River (Portland), and the Batán River (Vitoria) are just a few examples of renaturalization.

Learning to live with water

Stormed by floods and other adverse weather events, cities around the globe are learning to live with water instead of fighting it. These are sponge cities, a concept first suggested by landscape architect Kongjian Yu. Their objective may be to facilitate drainage, protect local biodiversity, or refill aquifers.

Vegetable parklets to sit and enjoy

Where there is no space to roll out large parks, municipalities are giving space to green parklets like the one in the photograph. Some are even composting points. These are small islands of life in environments that are not always pleasant. 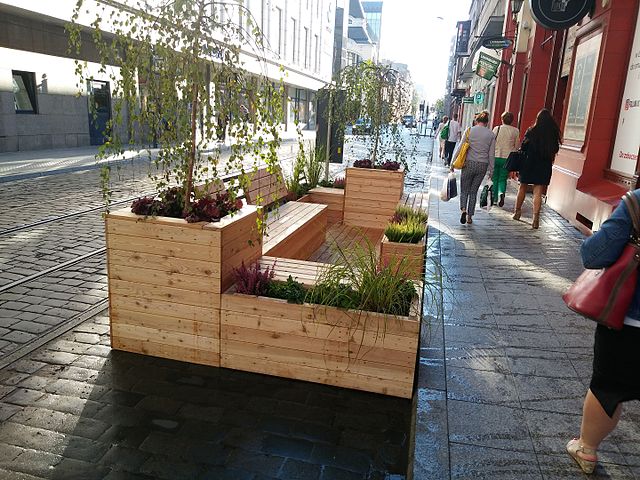 Cities strive to become ecological corridors so that the animal and plant species in the region can move through the area. These corridors are accessible to different animals or permeable for various types of seeds.

In a climate change scenario with rising temperatures, cities need to adapt to new conditions. In this scenario, vegetation plays a key role.