Except for the aliens that show up, The Expanse is one of the most realistic space opera series out there, once we take a look at the engineering behind it. This series is characterized by an exquisite use of space gravity, combat mechanics that are faithful to what they’d really be like, and a realistic telecommunications system. What’s the engineering of The Expanse like?

How they use gravity in The Expanse

Gravity is one of the factors that’s not given enough thought in science fiction. Everyone knows that Mars has very little gravity and that the Moon has even less. Though not many science fiction films and series have travelers jumping around on other planets – John Carter is an exception – in part because of how expensive it is to simulate this gravity. The Expanse is different.

This series, developed by Mark Fergus and Hawk Ostby, shows dozens of different scenarios: Earth’s surface, the subsoil of Mars, the caves of Ceres, life under the domes of Jupiter’s moons, and so many spacecraft and space stations. In each of them, gravity has a different value, and we can see this in the series.

The scriptwriters were obsessive in being precise, which led to the scripts being printed in different colors depending on where the protagonists were. Thus, the protagonists fall to the ground a little slower when they are on Mars, float when a spacecraft is stopped in space, and do strange pirouettes when they’re on rotating objects. 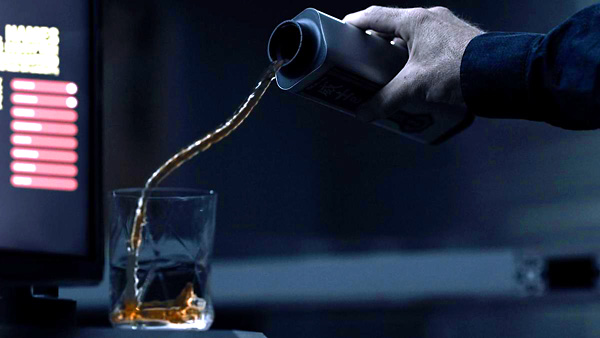 The image shows the trajectory of a drink when it’s served on an asteroid rotating at high speed. It’s a counterintuitive effect called the Coriolis effect, and it’s not the only one that appears in the series. The characters often take advantage of gravitational effects:

This is widely used in space stations such as the Tycho Station (right, top-shaped) and the Nauvoo (left, a huge cylinder under construction). Both are a type of station called the O’Neil Cylinder. When they rotate, O’Neil cylinders simulate artificial gravity on their inner wall, which acts as a floor for their occupants. There are also O’Neil cylinders in films such as 2001: A Space Odyssey, The Martian, and Interstellar. These ships make it possible to recreate richer, more complex habitats with green areas.

The slingshot maneuver (formally, Gravity-Assisted Orbit) is actually widely used by manmade ships. The Voyager 2 spacecraft used the Sun, Jupiter, Saturn, Uranus, and Neptune as a drive system not to have to carry as much fuel. In The Expanse, such maneuvers are commonplace. After all, they are high-efficiency trajectories, thanks to gravity. 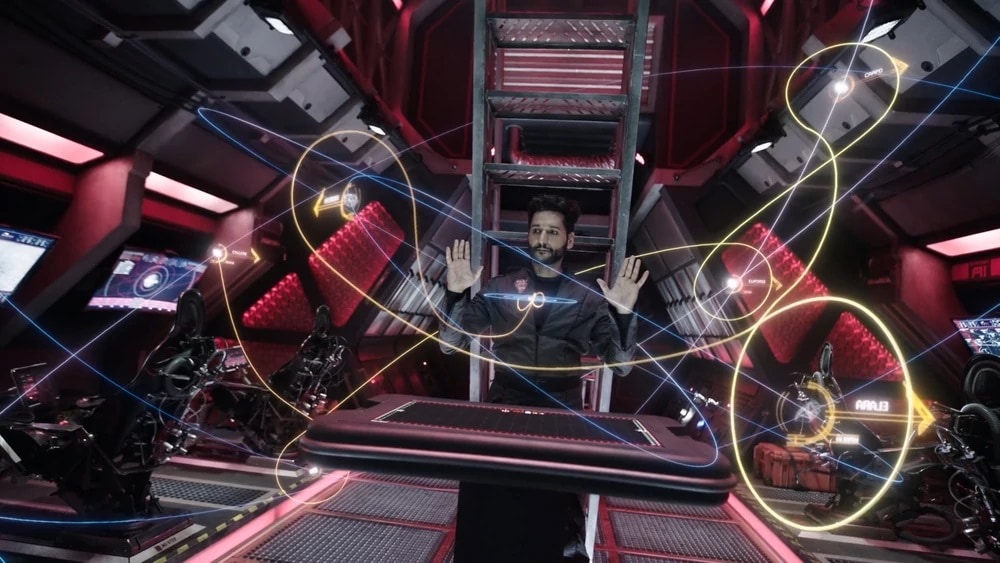 Terrestrial containers are tetrahedron-shaped. Rectangular boxes. It makes sense because objects just fall straight down. But, in space, boxes can ‘fall’ in all sorts of directions. In order to stack them in a compact way, there are many hexagonal containers in The Expanse. This way, they don’t move once they’re stacked in large space warehouses.

Fluid mechanics, the study of how fluids behave, is key in hospital care. So much so that the respective space agencies have taken great care to make sure that none of their astronauts have ever suffered a wound that needed surgery. But The Expanse is a series, and accidents do happen. But what do injuries have to do with gravity?

As human beings have evolved on Earth’s surface, our wounds don’t heal in space like they do on Earth. External wounds tend to remain open, but internal wounds are even worse because it’s not possible to stop bleeding without gravity. In one episode where many people are injured, the challenge carries significant gravity.

In science fiction, it’s quite common for spacecraft to brake or accelerate without any effect on their occupants or for seats to be positioned facing forward. In The Expanse, positive or negative acceleration is used to generate gravity within the spacecraft, and the seats don’t face forward (or backward). We will expand on this point in the next section.

Ergonomic propulsion in The Expanse

The Expanse has a fictitious but theoretically correct technology called Epstein drive, based on the fusion engine studied by NASA. The Epstein is capable of enough power for ships to move forward at a constant acceleration of 1g, one terrestrial unit of gravity. In the series, the ships use this property to improve interior habitability. 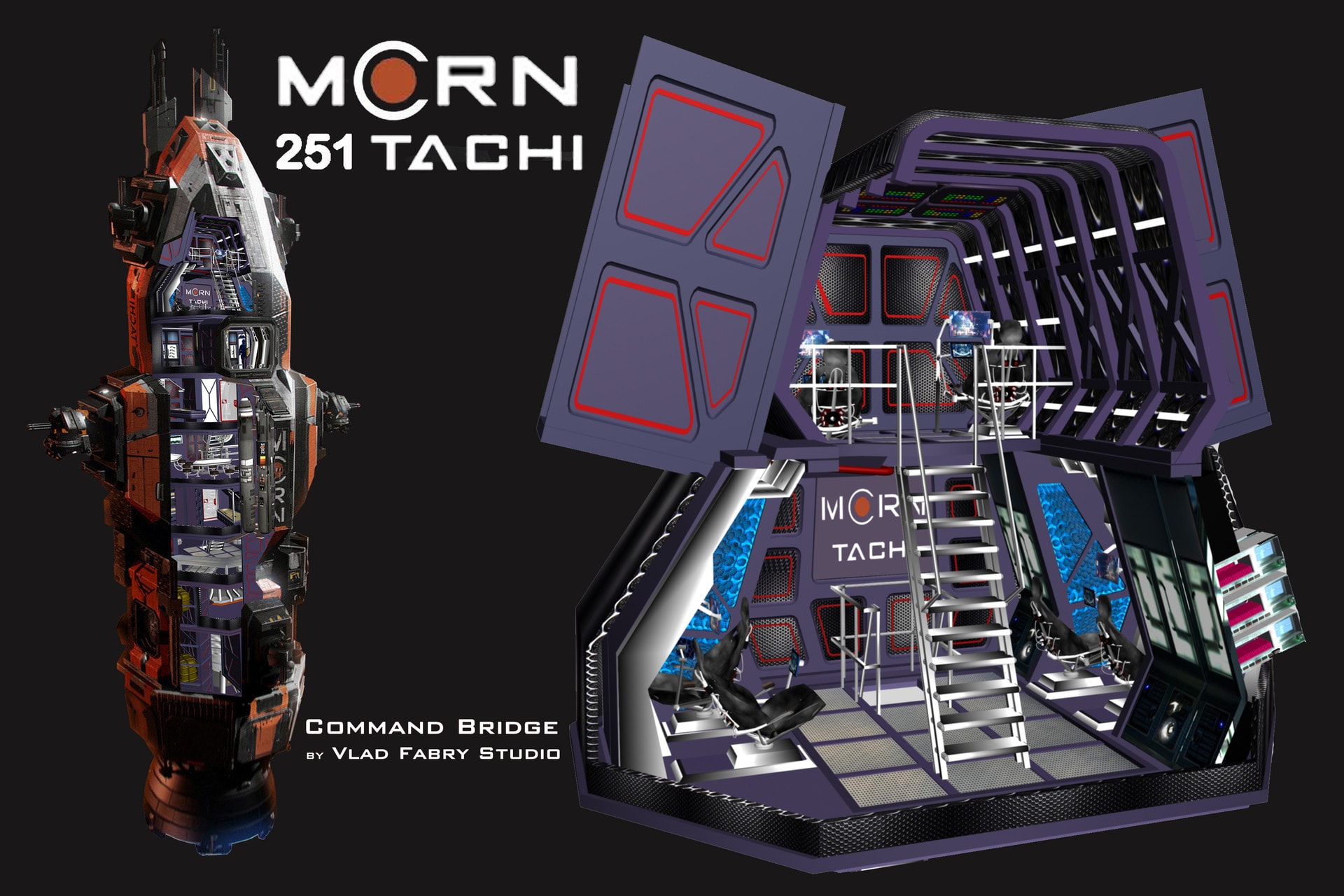 Instead of floating like in the International Space Station, building gigantic O’Neil cylinders, or adding fictitious artificial gravity technology, the decks of the spacecraft are perpendicular to the spacecraft’s direction of motion in The Expanse. Thus, when the ship accelerates, the protagonists feel 1g of gravity inside the vehicle.

As can be seen from the render – and unlike in the Star Wars universe – this series takes occupational risk prevention very seriously. There are seat belts, emergency procedures, and railings everywhere. Nobody wants to fall in space. Especially not on a battle spaceship. Anchor points are basic.

One of the keys to the series is how they use deceleration (−1g) to do exactly the same as with acceleration (1g). As the ship goes from place to place, it speeds up for half the way and provides 1g of gravity inside. Halfway to its destination, the ship turns off the engines, rotates 180º, and turns the engines back on, then going the other half of the way while braking so that the crew has gravity.

Another aspect that is carefully thought through in The Expanse is telecommunications. For starters, calls aren’t usually made in real-time because the distances are so vast. For example, it is about 12 light-minutes from Earth to Mars, and between Earth and Jupiter is 43 light-minutes. Calling isn’t viable, so people send videos.

Radio transmission. Broadcast radio is the system the protagonists use to send conventional messages. For example, this is what someone could use to send a message to their family. By relying on radio waves, the front of the wave is sphere-shaped and can be received by anyone.

A narrow beam of light. For communications that require some level of security, laser systems called tightbeams are used. These require enormous precision because they consist of a narrow beam that will directly impact a moving ship. Orbital mechanics calculations are indispensable for sending these messages. As much as it sounds like science fiction, this system exists.

It is interesting how the series’ writers, producers, and directors have put such dedication to often-overlooked engineering issues. And it’s a pleasure to enjoy the realistic scenes where crew members notice decelerations when they arrive at a destination.