Engineering fiction: science fiction does not comply with ORP. Sa... 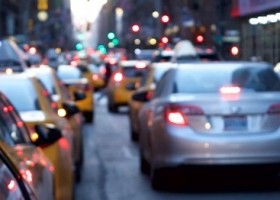 With record numbers of people taking to two wheels in the UK, we are working with our customers to make our roads more inviting places to be. As ...

Anyone who has spent a winter in Canada can understand why hockey is Canada’s national sport. Winters are extr...

Science fiction has been making a name for itself in films now for many years. What decades ago was a minority genre now swamps our screens with spaceships, robots and futuristic inventions. However, science fiction does not always comply with ORP, or occupational risk prevention.

Whether we are repressing the Galaxy with our Death Star or stirring civil unrest in our fight against the Empire, safety comes first, just in case there is an accident. Why is ORP not given due consideration in major science fiction works?

Imperial engineer, where are the safety railings?

Many of us grew up with Star Wars and the fight of good against evil. However, until we actually started to work we failed to spot one of the major shortcomings of this film series. Where are the safety railings?

According to the Technical Building Code (CTE), any height differences in buildings must have protection. The SUA document (Safety for use and accessibility) states that railings must be installed “in order to limit the risk of falls, and thus protection barriers will be provided where there are differences in height, openings, balconies, windows, etc.”.

True, the Death Star is not formally a building, but the Empire has provided it with artificial gravity and created very unsafe working environments. It would not get off lightly in the event of an inspection. Have a look at these two imperial warriors observing the fight between Obi Wan and Darth Vader.

They seem to be very close to a large opening which would see them fall directly into space! And they’re not the only ones on the brink. In the picture below, we can see how Obi Wan himself, despite all his intelligence, is risking his life to press a few buttons. What engineer put them there?

Why are these walkways not protected with safety railings? Not even the Galactic Senate is making efforts to provide at least a guardrail. Perhaps in the future we’ll be using technologies to prevent falls, but it seems obvious that this is not up to current minimum ORP standards:

But let’s go back to the Death Star, because things go much further there. It is true that they all wear helmets (PPE), but these two imperial warriors are looking into an energy duct that destroys entire planets (and could involve a considerable fall), yet they do not even protect their eyes with a welder’s mask:

Science fiction scores higher on seatbelts… most of the time

In other films of striking realism, such as Blade Runner 2049, properly-installed handrails are provided, and seatbelts are also used. The realist science fiction genre has really taken off, and, as a result, we have been treated to endless numbers of spaceships and vehicles. In some cases, scriptwriters have had the decency to protect their characters, though these are still very much accident-prone:

And here’s where stories score higher on prevention: all of them have seatbelts, whether travelling faster than the speed of light as in Star Trek (2009) or underground, as in the case of The Core (2003). But there are exceptions.

In Stargate Atlantis (2004-2009), for example, certain tricks were used to avoid having seatbelts in their spacecraft, something called “inertia absorbers”. This is an “invention” which does not really exist, but in the film it prevented people from flying off their seats in the event of sudden braking or collisions.

If you’re up to speed on the latest developments in industrial robotics, you’ll know that cobots are the future. These collaborative robots work hand in hand with humans, without the need for the cage that used to protect the latter. And their similarity to the machines used in science fiction keeps growing.

However, there is a key difference with films: we have more safety than is provided by Asimov’s three principles. According to these principles, humans should be totally protected at all times, but we have seen in many science fiction films that this ORP tool is not fully applied.

2001: A Space Odyssey (1968), Terminator (1984), I, robot (2004) … The list is long. A worker needs protection from all tools used, robots included. However, there are many works of science fiction in which robots are more “real”, closer to obtaining the approval of the health and safety department.

Films such as I.A. Artificial Intelligence (2001), Wall·E (2008), Moon (2009) or Robot&Frank (2012) show us robots which are perhaps more like those that may be designed in the future to fight against pollution, or even our own loneliness.

The humanoid robot in Robot & Frank looks after an old man in much the same way as the therapeutic seal Nuka (which is a real seal, not fiction) might do, and Moon shows us an industrial robot with a knowledge of medicine which looks after workers to avoid them suffering occupational injuries. ORP is very common in realist films.

PPEs, or personal protective equipment, an essential element for conquering a galaxy

A film we already talked about some time back is Minority Report (2002), where policeman John Anderton prevents crimes which have not yet been committed, something for which he uses all manner of PPE (personal protective equipment). When he arrives at a future crime scene, he always wears a helmet with visor, gloves, boots and a protective vest, in addition to several harnesses and, obviously, long trousers, something essential in the workplace.

But proper use of PPEs does not occur in this film only. In fact, going back to Star Wars, it is very common to see helmets, boots, gloves and other personal protective equipment being used. Films and series about pandemics or aliens, such as Contagion (2011), Prometheus (2012), Helix (2014-2015) or Arrival (2016) also use suits to protect against various threats.

ORP requires the support of workers

But if there is one science fiction film that has been particularly careful with ORP, then it has to be Titan A.E. (2000). Cale Tucker, the main character, works in a spaceship salvage yard cutting up metal. Although not visible in the video, before switching on the laser cutting machine, he darkens the visor to protect his eyes. His “helmet”, which is shaped like an egg, gives him a good view over his surroundings as he works.

Moreover, his magnetic boots avoid him shooting off into space, and include two positioning buoys so that he is visible in this industrial setting. Another interesting feature of the suit is that it has a rear-view mirror. But that’s not all.

The video shows real-life physical behaviour, and so the entrance of the Bergunsstation (clearly modelled on Switzerland’s Bergün station) is fitted with safety railings. Although Cale himself does not exhibit exemplary behaviour, we can see that his belt does have a snap hook for clipping onto a lifeline.

And the A.E. spaceship, featured at the end of the film, shows a seatbelt on the backrest, as well as numerous buoys to mark its position. This is an animated film with special attention to detail.

Despite all the material available, it seems that none of the main characters are particularly worried about safety. Cale plays with his tools, accelerates uncontrollably, and crashes against another spaceship. Akima, a pilot in A.E., closes the front windscreen, at the risk of catching Cale. ORP needs the support of workers, both in science fiction and in the real world.

With record numbers of people taking to two wheels in the UK, we are working with our customers to make our roads more inviting places to be. As ...