During the 12 months of 2017, there were 12 articles that stood out the most. These are the ones that have been read the most, the ones that have been shared the most and the ones that earned the most “Likes” on social media. To be up to date for the New Year, we leave you with these 12 posts that summarize our last 365 days. They are chock full of: knowledge about engineering and innovation, new services that we’re offering, major milestones (and numbers) in our assets, how we implement safety in our daily life, social projects and new technologies that we are researching and using.

The year begins with a dose of infrastructures and innovations with these 12 articles from 2017.

Happy reading and have a wonderful new year!

Juan Carlos Guerra Torralbo, Project Manager for the Geotechnical Area of ​​the Technical Directorate of Ferrovial Agroman, was interviewed by Juan Samaniego in a post that managed to captivate over 80,000 readers, turning the mega-tunnels series into 2017’s two most read and shared articles.  Learn more about this impressive infrastructure with one of Ferrovial’s leading experts.

Mega-tunnels I: That’s the way earth is drilled

Mega-tunnels II: soil is neither created nor destroyed 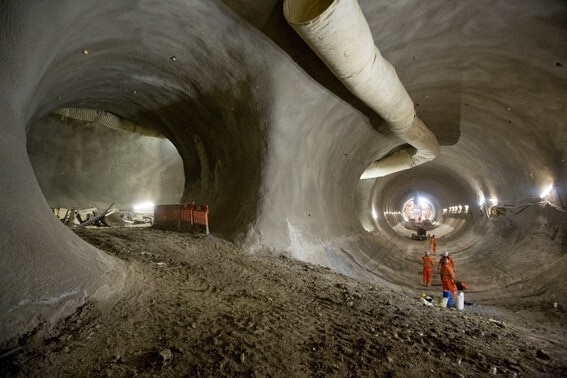 Did you know that human progress could be measured by the maximum speed attained by the average citizen?  For most of our history, the maximum distance a person could travel with their legs was about 32 km a day. With the passing of time, we have been increasing kilometres travelled thanks to evolution. We have gone from our own legs to the horse, the railroad, and with airplanes available to the general public as of 1940, we began to be able to travel 2,000 km. And now we are talking about 11,000 km in 12 hours. Marcos Martínez explains the great project that is in the minds of many engineers: the Hyperloop. A high-speed train that will hit 1,200 km/h.

What if a train at 1,200 km per hour were to say more about the evolution of humankind than any other discovery?

Pulleys continue to be an apparently simple mechanism, but one that that carries the world, even today. The author reviews the history of Amsterdam following an account of the seventeenth century, compiled in a book by Russel Shorto, Amsterdam: A history of the world’s most liberal city, which illustrates the years of splendour of the city centre with international trade and a frenetic port.

The pulleys that shook a city and changed the world 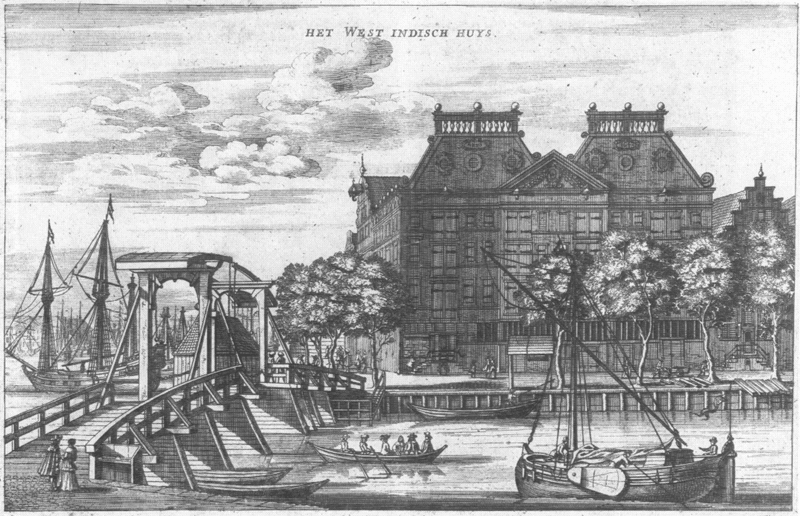 Highway 407 ETR is 108 kilometres long and is located in Toronto, Canada. It runs parallel to the city’s first ring road, Highway 401, which is one of the most congested roads in North America. In this article, you can learn about this highway in a flash, which is the first fully electronic one in the world.

Did you know that the 407 ETR is the first fully electronic highway worldwide? 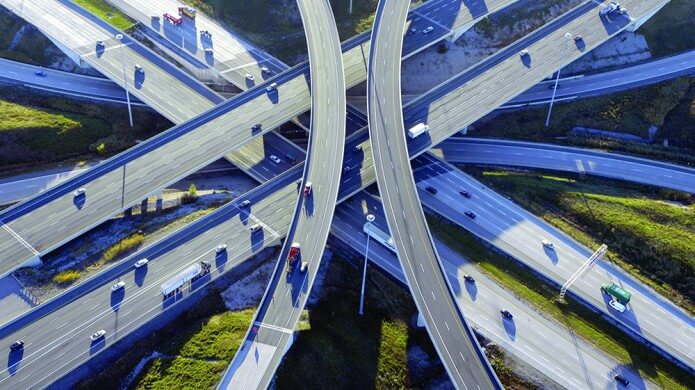 What if immortality were closer than we imagined? The 2045 initiative maintains that in that year, humans will overcome death. And it will not be thanks to prodigious substances or strange medical procedures, but by way of technology, robotics and artificial intelligence.

2045, or when robots will overtake humans

We often forget that not all countries in the world have access to potable water. In fact, there has been talk of the “Water Crisis” since more than 1,000 children die daily due to problems originating from drinking contaminated water. Antonio Espinosa explains what Auara is. It’s a brand of mineral water that exists in order to bring potable water to those without, and 100% of the dividends are invested in social impact projects based on this vital element.

Water on Mars? There is another water that is more important

Get to know the Auara project here. 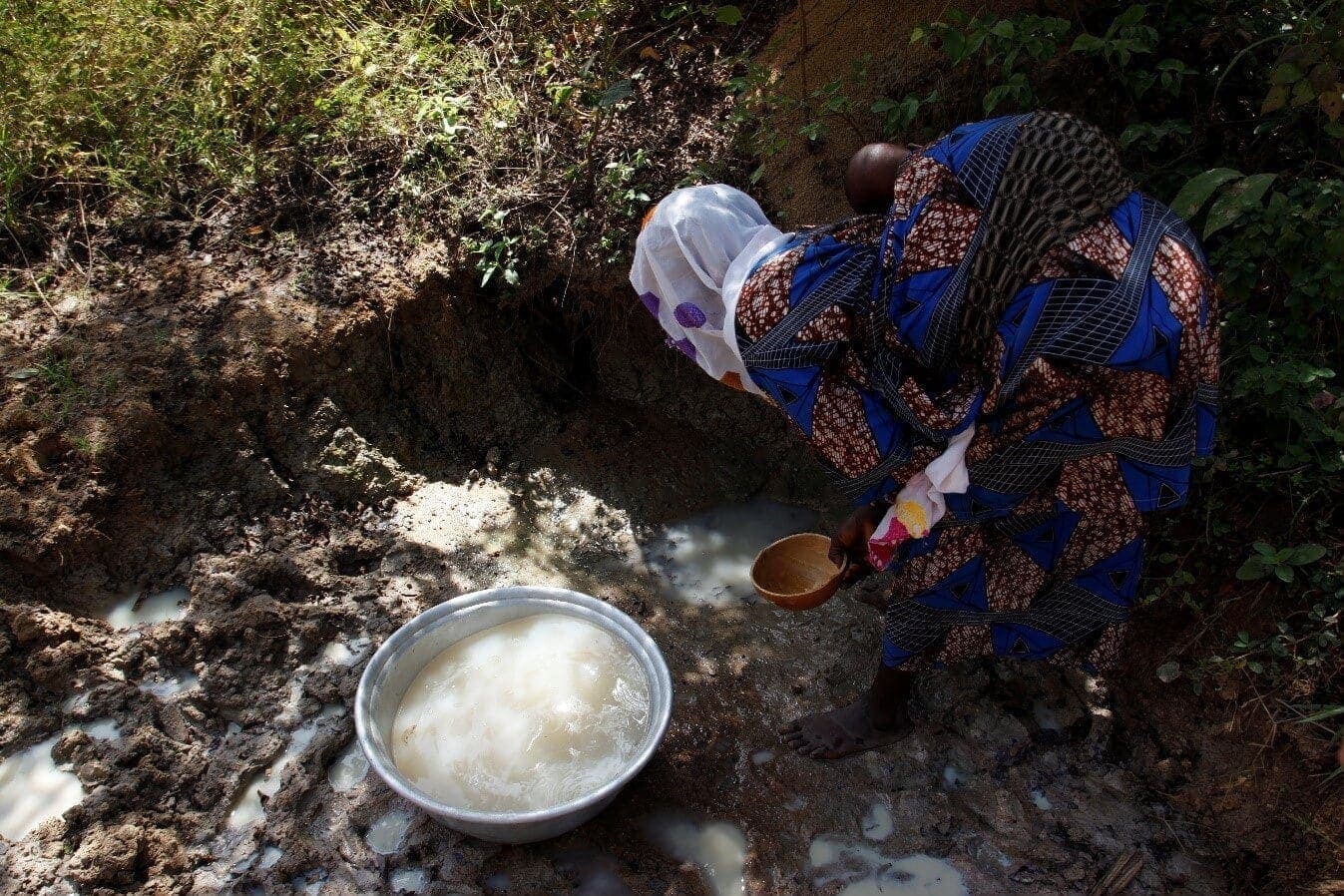 Since the dawn of humanity, people built their houses adapting to their surroundings. However, at some point standardization arrived and we would find the same types of construction all over the world, despite different places not having the same needs. Fortunately, we have begun to listen to the past again, to traditional architecture, turning towards real energy efficiency. Learn more about this topic here.

What traditional architecture has to say about energy efficiency 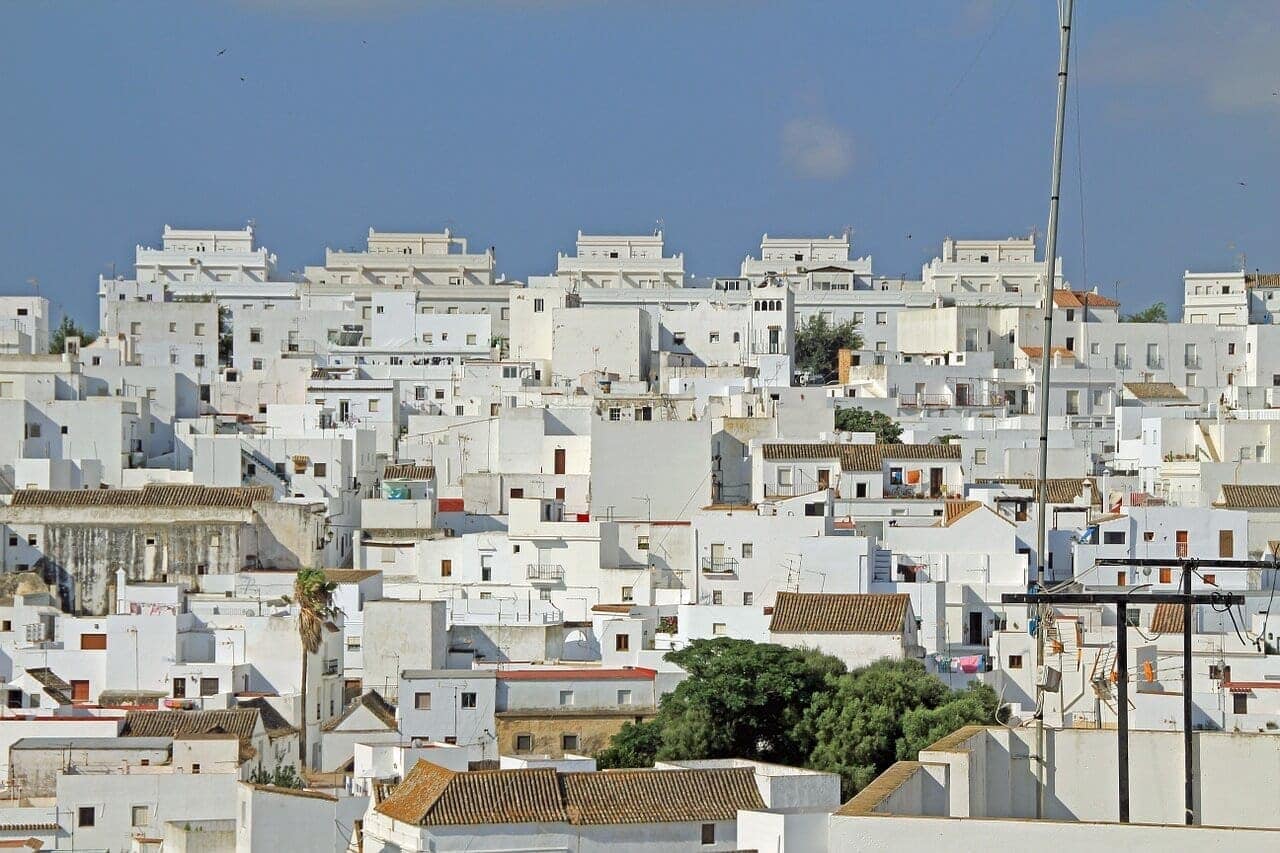 When I think about demolition, I imagine a big explosion. Actually, you don’t need to throw explosives to demolish infrastructure. When demolition situations end up getting complicated, the solution is an expansive cement compound, also known as CRAS. Our colleague Alberto Toledano tells us about the Carrera 80 highway project. In this case, the houses were so close to the construction zone that using conventional explosives was risky business. Learn more about how CRAS works.

The mystery of materials: the expansive cement CRAS, demolishing without explosives

Can you imagine what a day at an international airport must look like? Juan Espejo Krauel, Business Support Manager of FMM , explains in numbers what happens in one day at Qatar Airport (Doha).

A day at Hamad International Airport 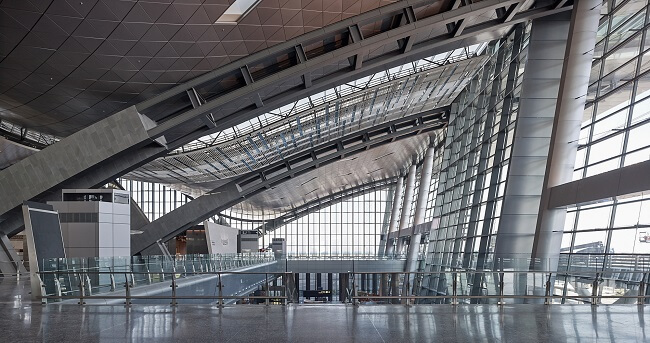 And from one airport to another. Did you know that cleanliness as well as quality of service in the T4 area of Madrid Barajas Airport is so important that a part of AENA revenues are stipulated based on the assessment that passengers make for various Airport services? So much so, that every month 1800 points of the terminal are reviewed and only a maximum 2% failure is allowed. To do this, the airport has 400 people work on this task and rely on robots to make their work more efficient and safe. We tell you about how glass cleaner robots have contributed to improve the flow of passengers and make this task safer for people. 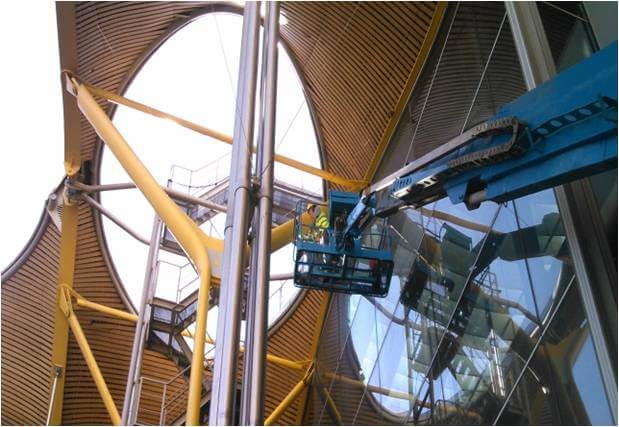 Air control involves very strict procedures and controls with high security protocols. It can’t be any other way way: Safety is the basis of air traffic control and it is of vital importance that potential risks are identified and reduced to the greatest extent possible to avoid putting people’s safety at risk. The Director of Operational Safety of FerroNATS, Raquel Martínez Arnáiz, explains it to us in the following post.

What makes a control tower safe: the theory based on practice 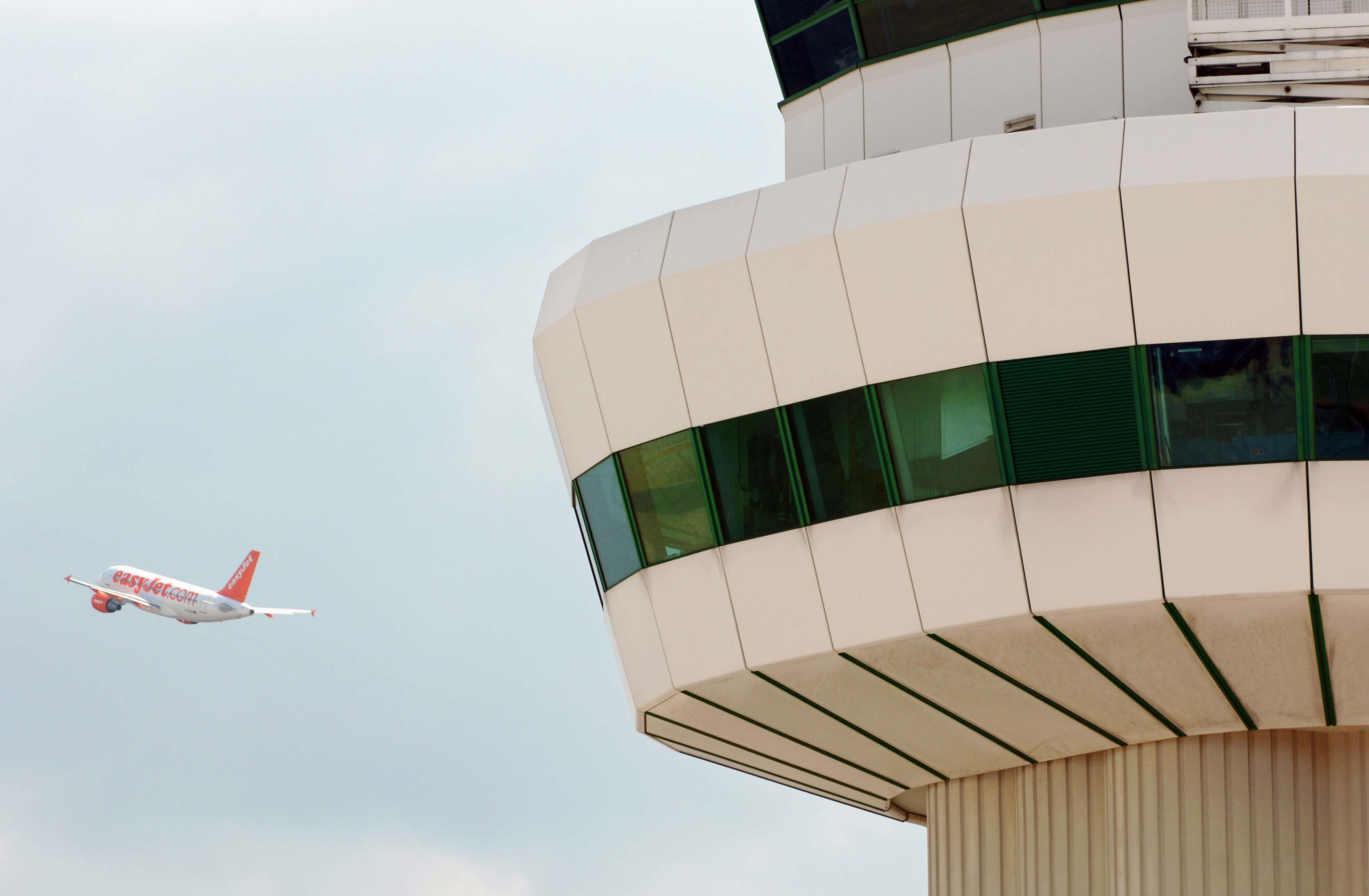