‘Revamping’, the technique that breathes new life into industrial machines

When talking about recycling or reuse, most readers will think of milk bottles or using their current smartphone for longer. In the world of industrial engineering, the two concepts come together in the form of revamping, the technique giving industrial machinery a new and improved life.

The level of digitalisation and technology in factories, industrial processes and related activities results in innovations emerging every year in the sector. Consequently, older machinery becomes obsolete. At a certain point, it’s worth retiring such machinery… or updating it. Revamping and putting machines to work again.

In the car industry, there is something called significant modification to vehicles which consists in making certain changes to a basic model. For example, changing a van into an ambulance. All ambulances have gone through this process, as have all police cars. These changes involve a lot of work in the workshop, and numerous calculations.

Will the vehicle axes be strong enough, and will the ambulance’s electronic system function correctly? Can the gas or oxygen bottles be securely tied down? All these changes are generally carried out on new vehicles, before they are used for the first time. But, what if we were to do it with other vehicles? For example, can we turn our old diesel car into an electric vehicle?

Yes, it can in fact be done. A sort of ‘domestic revamping’. We have old machinery with technology which is functional yet obsolete (the diesel engine), and we want to replace this with a clean electric engine. But why make significant modifications when you could, for example, buy a new car?

Revamping is more work than buying new, but it is also cheaper. Turning a fossil fuel-powered car into an electric car in 2011 would come to around 20,000 Euros in workshops costs, including parts. Today, it is actually cheaper than buying a new electric vehicle due to the reuse of parts.

Functional parts of the vehicle are reused, such as the chassis, bodywork, seats, electronics, upholstery, much of the common machinery (the gears may even be left in if preferred), all the windows, etc. And not only cars can be modified, but also city buses and even pleasure boats can be updated with revamping techniques.

Reusing vehicle components makes the technique cheaper and more attractive, and it also reduces the environmental impact of component manufacturing. That this is something that happens more often in the industrial sector is probably down to the fact that there are experienced engineers to hand. On a personal level, we would have no idea of where to start on our car.

What machinery can we ‘revamp’?

Virtually any type of machinery – industrial or not – can be adapted. Even very old machinery, as long as its components have been well maintained. Amongst the oldest machinery is that used in wood or metal carpentry, a basic feature in most engineering centres. 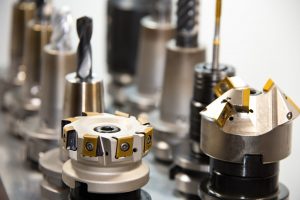 Consisting of an electric motor and a series of interchangeable heads, a manual industrial milling machine can be updated to a computer numerical control (CNC), and therefore programmable, milling machine. The base, the bedplate, the engine, the box, etc. can all be reused. Adapting an existing machine may therefore be cheaper than buying a new one.

Although revamping is considered and carried out on an ad hoc basis on machines, it can also be applied to whole buildings or industrial facilities. When an air conditioning machine is fitted with new filters or improved software, it is being revamped. When a truss is strengthened to include a mobile crane, it is also being revamped.

The key to this technique is regenerating or modernising existing machinery, updating it to reduce costs, while at the same time conserving most of its functional parts.

Pushing machinery to its technological limits

Most revamping operations are carried out based on need. A factory, an energy generating plant, a building maintenance manager or a workshop may not have the resources required for investing in new machinery. However, they do have experienced staff and the funds required for an improvement, or an ‘upgrade’.

A lot of creativity is required, given that we are pushing the technological limits of existing machinery. Imagine any machine, in any sector: a press, an air conditioning machine, a lathe, a pump, an oven, etc.

When updating a machine, there are elements that must be conserved: structure, dimensions, flows, electric system, security systems, etc. This is a constraint for possible actions to be taken, and turns revamping into an almost manual technique, unique to each brand, machine and context. We can visualise this through an example. 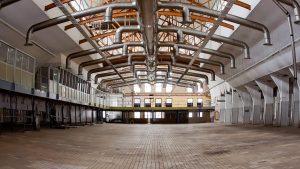 In this example, two identical air conditioning machines are used to cool two different buildings. In the first, the problem is that electricity consumption is too high; the second requires a stronger flow of air through the pipes. The same machine, two different requirements.

For the first building, engineers revamp the machine by adapting climate control solutions to help monitor temperature and statistics. It’s a simple, cheap solution, often consisting in compact modules to be installed next to the machine.

The second is more complicated because the fans within the machine must be changed for other (compatible) fans working at higher speeds. This may also require strengthening the electrical network, given that the revamped machine will have a higher energy consumption. Additional fan units could also be fitted in the ducts.

Both examples have two things in common: they start with the same machine to offer two different solutions adapted to functions for which they were not designed. In this sense, their limits are pushed beyond their original design.

Revamping a machine to adapt it to current needs could involve something as simple as fitting a screen or a safety panel. However, this technique generally increases safety by using more advanced technological solutions than came with the original item, while reducing operating costs.

Let’s return to the example of the modified fossil fuel vehicle. If we look for reasons why we might want to revamp it at an industrial level, we could point to the greater number of advantages with our ‘new’ clean vehicle. On the one hand, cost of consumption per 100km can be reduced to less than a Euro because electricity is cheaper and more efficient than fossil fuels. On the other hand, local emissions and their impact on health are avoided, something it is important to bear in mind. 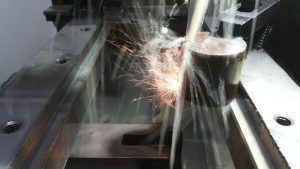 And in the industrial world? Changing the direction of smoke vents, including an extra filter, adding extractors or fans are all examples of revamping on a facilities level. Adapting machinery slightly with relatively small improvements (rather than carrying out a total renovation) and improving security in the process.

However, most revamping actions include three factors: changing engines to more efficient models, adding security features (often required by law), or adding some type of software improvement. The actions are not always changes in physical components. Sometimes, revamping simply consists in upgrading to a software that allows optimising operations.

As the image with which we began this article (and which we repeat here) shows, revamping operations are often very visible. There is a new, shiny component, while the rest is visibly older. A component that breathes new life into the machine.