How was the International Space Station built?

The planet Earth has a gravity of 9.81 m/s2, and this means that an object’s escape velocity is around 11.19 km/s. That means that an object at sea level would need to reach an instantaneous speed of 40,284 km/h (67 times faster than the fastest train in the world) to be able to reach space, or accelerate for a very long time to escape the gravitational attraction. Leaving the planet is hard work.

It is so difficult that, to date, only 241 people have been on the International Space Station. And only 12 people have walked on the Moon. The number of people who have made it out into space to make suborbital flights barely exceeds 500, according to the International Aeronautics Federation (FAI) and the United States Air Force (USAF).

Even though the price of sending a kilogram into space has gone down — not the case for the energy needed, which obviously remains the same — a rough estimate indicates that each kilogram sent into space can cost about US$60,000. Escaping Earth’s gravity is an unprecedented milestone, and that’s why the ISS was built like a LEGO set. Little by little and piece by piece.

The challenge of building in space

In astronomical terms, the ISS is quite close by. Building on the Moon, not to mention Mars, is currently a goal that’s considered unaffordable or, at the very least, too expensive. The first part of the ISS was launched in 1998, though it wasn’t until two years later, with all the components that made it habitable, that the first residents arrived in 2000.

Slowly, the station’s modules were launched from Earth and anchored to the ISS structure like a gigantic space puzzle. Each new component was a headache in terms of budget, resources, and safety; each piece has the potential to affect the integrity of the station as a whole.

The first modules had a capacity for three occupants. More than two decades later, the maximum capacity has barely risen to six crew members. On July 20, 2021, a world record was broken with 14 people in space at once. However, the number of people sharing a spacecraft simultaneously has never exceeded 13, and this was achieved for the first time in 1998 on the MIR, not the ISS.

There was an interesting record made on December 11, 2021: a total of 19 people in space simultaneously, although six of them were making suborbital flights. If you look at the timeline, records are broken every few years. If getting matter into space is difficult, building in it is an immense challenge. 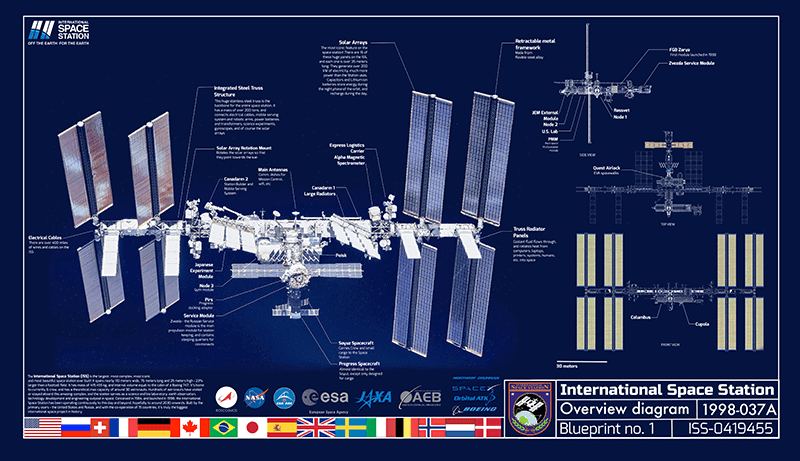 There’s getting the basic parts, but also transporting the many replacement parts, as well as maintaining and updating the material while keeping the habitable compartments active. One of the critical components, though, is food and oxygen. That is, without a doubt, the highest expense item. But it’s a must.

Where is the International Space Station located?

The ISS orbits the Earth at an altitude of about 400 kilometers. However, this has not always been the case. The following graph shows how its altitude has changed over time, although it has stayed between 330 km and 410 km to help stabilize the orbit and to reduce the need to correct the position, too.

The latter point is critical since orbital correction is not free. It is carried out by a pair of Zvezda engines or by European or Russian ships coupled to the rear port of the modules where these engines are. Each push to correct can cost millions of dollars in fuel. 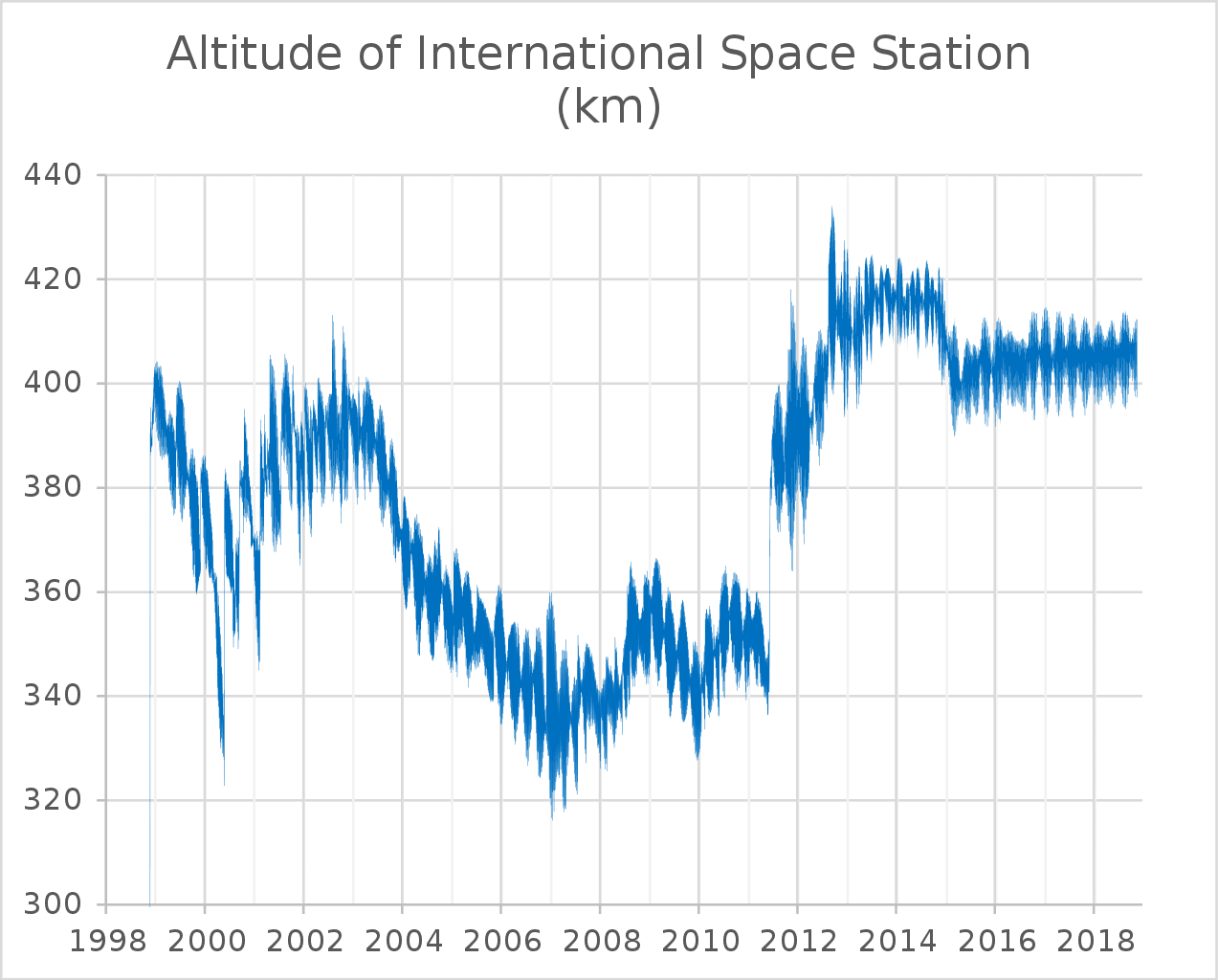 The ISS makes a complete orbit around the planet about every 93 minutes, or 15.5 times every day. This is a fascinating idea: a gigantic structure of interconnected modules crossing the sky 15 times a day. However, the station will ‘soon’ see its end: it will fall into the sea in 2031, according to plans by NASA and other agencies.

The MIR, the ISS, the Tiangong… 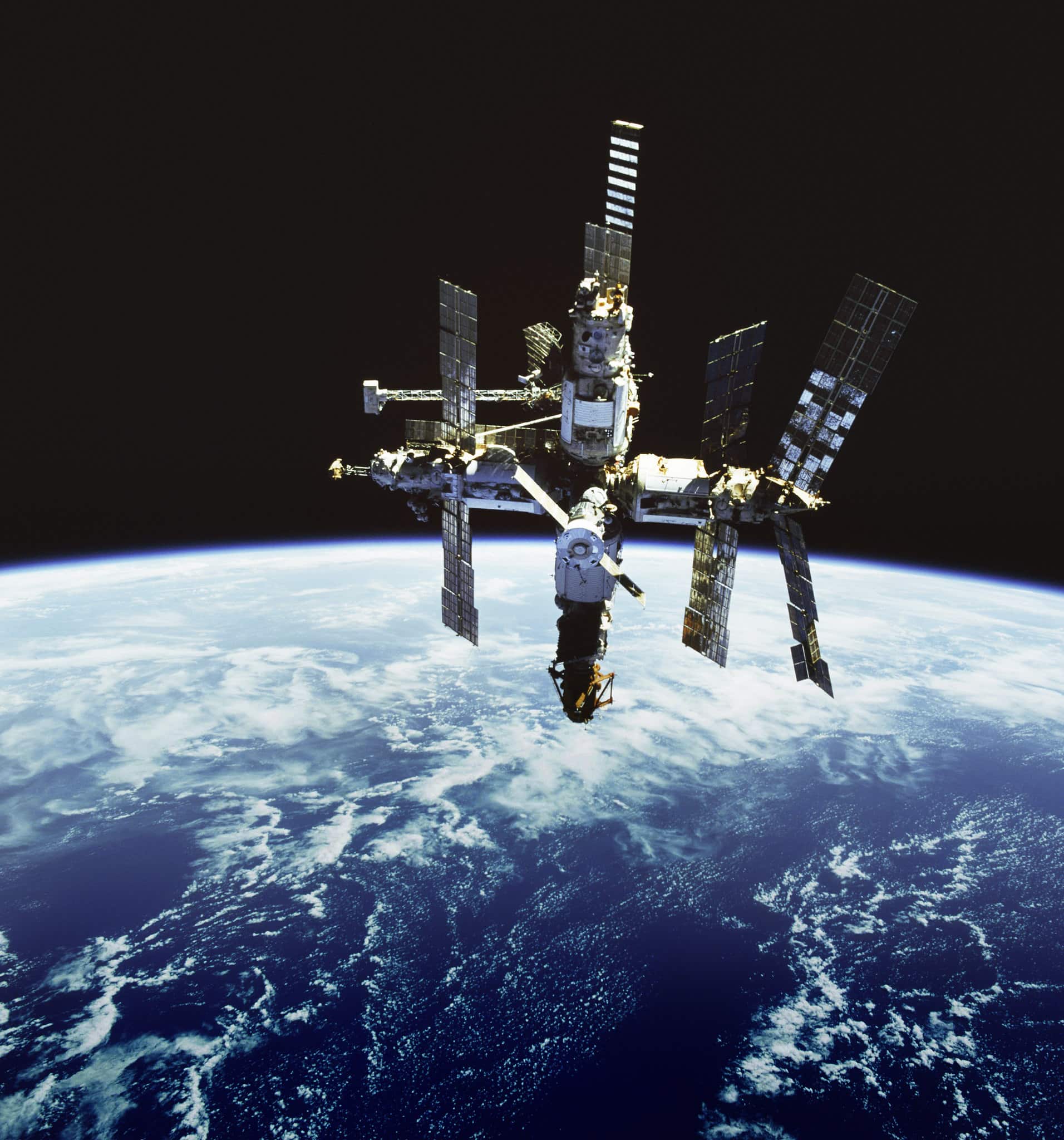 The MIR (Мир) was the first permanently inhabited research space station. It was first from the USSR, and then from Russia. This station was active for more than nine years, even though it was originally planned for five. Perhaps one of its most striking achievements was Russian-American collaboration. In March 2001, it fell into the Pacific Ocean safely and as scheduled. The ISS will do the same.

The ISS is, to date, twice as old. It was launched several decades ago and was initially a joint project by NASA and Roscosmos, and more agencies soon joined. Still, it grew cautiously and at a very moderate pace. Even the union of 16 countries hasn’t lived up to the 1960s dream of space exploration: the ISS was going to be a port between Earth, the Moon, and Mars. What about future space stations?

The Tiangong (天宫), the ’Palace in the Sky’, is a Chinese space station launched in 2021. It will grow soon as modules are built out, like for the ISS. In principle, the station will be China, but like the MIR or the ISS, it may soon be opened up to other countries in order to bear the enormous costs of expansion and maintenance. 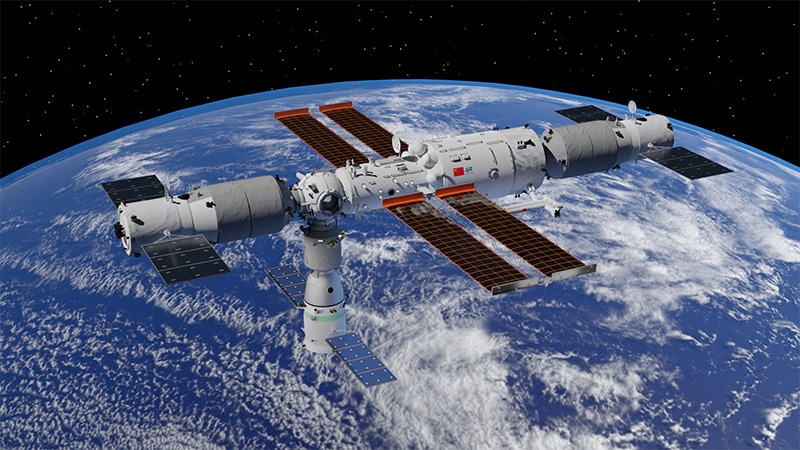 Something similar is being done by Russia with its ROSS (Russian Orbital Service Station), which will begin its journey in 2025, when Russia leaves the International Space Station. With the cost of going into space not going down, some very large countries can afford to build stations independently. In principle, that is. In practice, they will need components from other countries.

The future of space exploration has been divided in half by a dozen visible participants. In not so many decades, there may be twenty, thirty, even forty people in space. Right now, there are still few, though building a space station is complex and expensive; it’s helpful to take things step-by-step.